Rural Areas Abandoned While Telcos Struggle to Compete with Cable

ILSR researchers map the territories of the biggest cable and telephone companies to show how millions of Americans have no good option for high-quality Internet access.

MINNEAPOLIS, MINN. — Despite receiving billions in federal funding to help rural Americans access the internet, the biggest telecom companies have focused investment on urban areas, leaving rural communities with DSL that the cannot meet the Federal Communication Commission’s broadband definition. In the latest policy brief, the Institute for Local Self Reliance (ILSR) mapped out broadband availability by six of the largest Internet Service Providers (ISPs): Comcast, Charter, AT&T, CenturyLink, Frontier, and Verizon. The resulting maps and analysis illustrate where broadband service is available across the U.S. from each of the six ISPs and where each faces competition.

Our researchers found that despite the federal subsidy program for high-cost rural areas (called the Connect America Fund), these providers have invested the bare minimum to comply with requirements while more significantly upgrading urban markets. Meanwhile, cooperatives and local ISPs that have received far fewer subsidies have invested much more in rural communities.

This finding demonstrates a critical point: investment in broadband networks is driven more by competition than by other policies to induce investment, such as providing subsidies to these large firms. The federal government is spending billions of dollars for millions of homes in the service territories of AT&T, CenturyLink, and others — but the vast majority of those homes still will not have broadband after the checks are cashed.

“It’s galling to see the billions wasted on those big companies when we know that local providers would provide better connections to millions more homes at a fraction of the public expenditure,” says Christopher Mitchell, director of the Community Broadband Networks initiative at the Institute for Local Self-Reliance. “The big monopolies have utterly failed rural America while remaining the darlings of the DC Beltway.”

If you’re interested in gaining perspective on broadband monopolies and community broadband networks from Christopher Mitchell, please email back here or schedule an interview through Hibba Meraay at 612-844-1330.

About Christopher Mitchell:
Christopher Mitchell is the Director of the Community Broadband Networks initiative with the Institute for Local Self-Reliance. Mitchell leads the acclaimed MuniNetworks.org as part of ILSR’s effort to ensure broadband networks are directly accountable to the communities that depend upon them. He is a leading national expert on community networks, advising high-ranking broadband decision-makers and speaking on radio and television programs across the United States.

FOR MORE INFORMATION and to schedule an interview with Christopher, call Hibba Meraay at 612-844-1330 or email hmeraay@ilsr.org.

Photo via Kadena Air Base
—

Release: How Big Cable and Telephone Monopolies Have Carved Up the Country 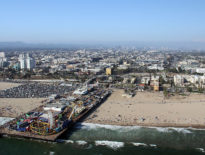 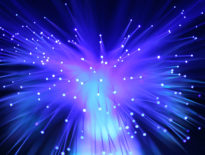