An investigation reveals the unusual terms of a quietly negotiated contract, finding that it fails to protect public dollars, and that Amazon is using the deal to undermine competition.

WASHINGTON, D.C. — A national contract that Amazon secured last year to provide local governments with office and classroom supplies lacks standard safeguards to protect public dollars and public transparency, and puts cities and schools at risk of paying more and getting less, according to an investigation published today by the Institute for Local Self-Reliance (ILSR).

ILSR’s report, Amazon’s Next Frontier: Your City’s Purchasing — available at ilsr.org/amazon-and-local-government-purchasing — is based on a review of the contract documents, including materials and emails obtained by public information request. Although the contract opens the way for billions of dollars in local government spending to shift to Amazon, there’s been virtually no reporting on the deal and its unusual terms have not been previously disclosed.

The contract was awarded to Amazon in 2017 through U.S. Communities, an organization that negotiates joint purchasing agreements for its members, many of which are local governments. So far, more than 1,500 jurisdictions have adopted the contract. It has an estimated value of $5.5 billion over a potential 11-year term.

ILSR’s report finds that there’s much about Amazon’s contract with U.S. Communities that should concern citizens and local officials. To begin with, the terms of the contract deviate in striking ways from established norms in public procurement, favoring Amazon at the expense of the public.

The biggest difference is the pricing. Instead of guaranteeing fixed pricing, which is typical of public purchasing, Amazon’s contract uses dynamic pricing. This means that when cities use the contract to buy items on Amazon Business, the prices they pay fluctuate. This leaves cities at risk of paying inflated prices. Indeed, ILSR’s report cites new data from a price tracking firm that finds that a school district would have paid 10-12 percent more buying from Amazon.

Amazon was awarded the contract through an RFP process that seemed tailor-made to favor Amazon and shut out competing firms, ILSR’s report finds. Only five companies put together responsive offers to the RFP, and all except Amazon received very low scores.

ILSR also found that U.S. Communities allowed Amazon to insert terms into the contract that compromise public transparency. When a citizen or journalist makes a Freedom of Information Act request for documents related to the contract, for example, the contract’s terms require that Amazon be informed and have the right to intercede before information is disclosed.

The contract also poses a broader threat, ILSR’s report finds. As Amazon markets this contract, it’s telling public officials that they can continue to buy from local suppliers because these businesses can become third-party sellers on Amazon’s platform. Amazon is thus leveraging its growing relationship with local governments to induce more businesses to join its Marketplace, fortifying its position as the dominant platform for online commerce and taking a cut of every purchase.

Among the companies affected are those like Guernsey, a Virginia-based office products company with more than 200 employees. Guernsey has long held public sector contracts. If it were to join Amazon’s Marketplace as a third-party seller, Amazon would become the middleman between Guernsey and its customers, and Guernsey would be forced to hand over its data and a cut of its revenue — generally 15 percent —  to one of its largest competitors.

Some cities are rejecting Amazon’s deal, ILSR’s report finds. ILSR spoke with public officials who are steering clear of the contract because of its terms around price and competition, and the report offers examples of cities that prioritize local businesses in their purchasing policies. The report also offers an example of a public entity that’s explicit its procurement policies about the “negative impact” of doing business with Amazon.

“Cities and school districts would be smart to reject this contract, or stop using it if they’ve already signed on,” said ILSR’s co-director, Stacy Mitchell, who co-authored the report with Olivia LaVecchia, a senior researcher at the organization. “There’s more at stake even than higher prices and a lack of public accountability. There’s also the danger of a less competitive economy, in which companies must go through Amazon in order to do business.” 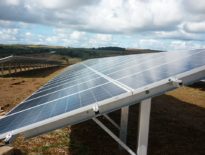 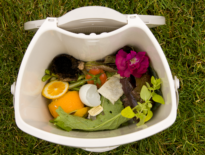