In my last post, I explained the core problem facing US electric utilities: They are still structured as monopolies that bundle together disparate energy services, despite new technology making it possible, and desirable, to “unbundle” those services.

That core problem explains why so many utilities are fighting rooftop solar, hostile to energy efficiency, and/or working to secure bailouts for big old coal and nuclear plants. In all cases, their financial returns depend on excluding emerging competitors from electricity markets, maintaining monopoly access to customers.

It’s an unsustainable situation. Utilities are overdue for some deep restructuring, to open up competitive markets for electricity services and spur innovation.

That is, to understate the matter considerably, easier said than done. What might these new utilities look like? And how can they be brought to life?

Kiesling breaks the question down like so: “Should distribution utilities own assets and transact directly on their own behalf, manage transactions on behalf of others, or coordinate the transactions of independent economic agents?” Different answers to these questions yield three basic business models.

2) Manage rather than own

This is a step further back, in which the utility is not a market participant at all but is instead a “facilitator of the transactions of independent, distributed agents in the electric network.” In this model, the distribution utility divests itself of all assets that aren’t the grid itself and moves into a primarily service role: providing market structure, price signals, real-time supply and demand data, and enforcement of rules and regulations. (Another possible role: serving as a single point of contact for customers, who could receive one bill that tallies up a range of third-party energy services.) Those services would become the utility’s new revenue streams. 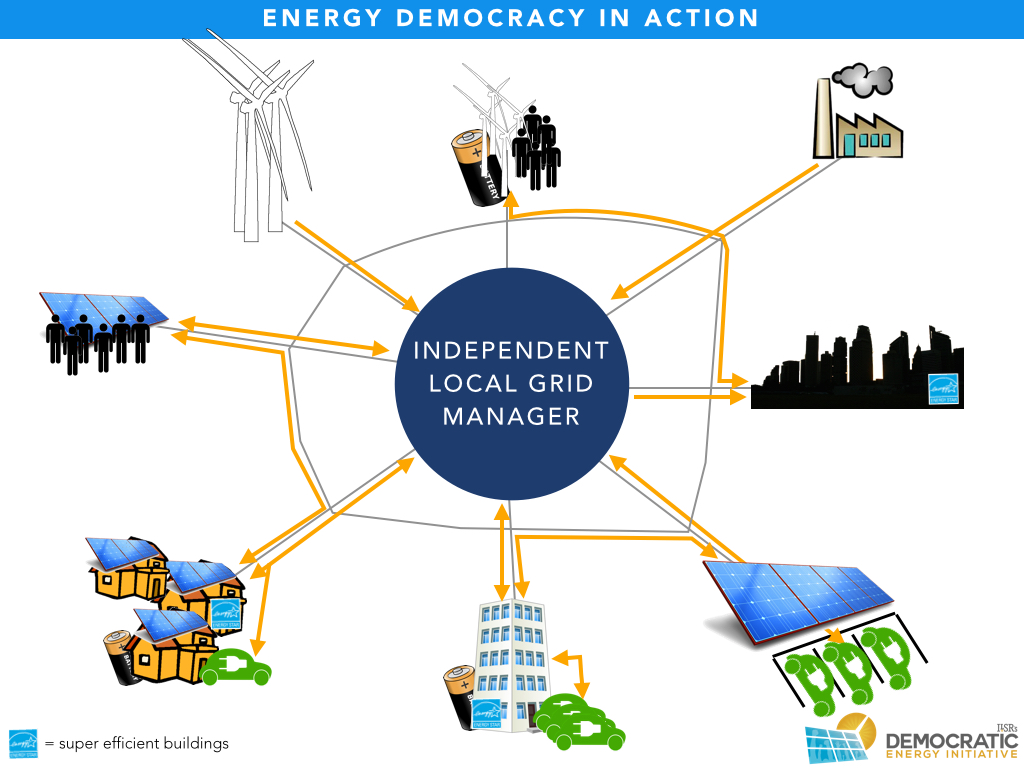 This is how ILSR envisions option No. 3.

The overriding idea is to, over time, replace central planning with markets. Rather than a utility deciding years in advance how much demand there will be, how much supply is needed, and how much it all costs, those decisions will be made on an ongoing, real-time basis by the dynamics of competitive markets.

The utility’s role in option No. 3 is to manage, but not participate in, those markets.

It would set up a kind of clearinghouse, where those who have power or services to offer register and those who need power or services come to shop. For instance, at times of high sun when solar power is flooding the grid, the value of solar electricity will fall, but the value of energy storage (to hold some of that surplus for later) will rise. So solar providers will be able to connect with storage providers, which will offer competitive bids.

Utility reform is an incredibly complex subject — everything in my last two posts has been extremely stripped-down and simplified, to the horror of the half-dozen people in the world who actually understand the subject in depth — so if you wanted, you could spend basically the rest of your life reading about it. But don’t do that. Instead, here are a few good places to start:

When I was at Grist, I wrote a series of posts called “Utilities for dummies,” which is a nice introduction to all these issues.

John Farrell at the Institute for Local Self-Reliance is great on this stuff. See: “Electricity’s Un-Natural Monopoly” and the longer report linked to therein.

The Edison Electric Institute, the trade group for investor-owned utilities, released a paper a few years ago that made huge waves, basically forecasting doom for utilities if they don’t adapt: “Disruptive Challenges: Financial Implications and Strategic Responses to a Changing Retail Electric Business.“

The Rocky Mountain Institute’s eLab is probably the best single source on all this stuff. Start with its report “New Business Models for the Distribution Edge.”

Peter Fox-Penner is the godfather in this area. You can’t beat his book Smart Power. 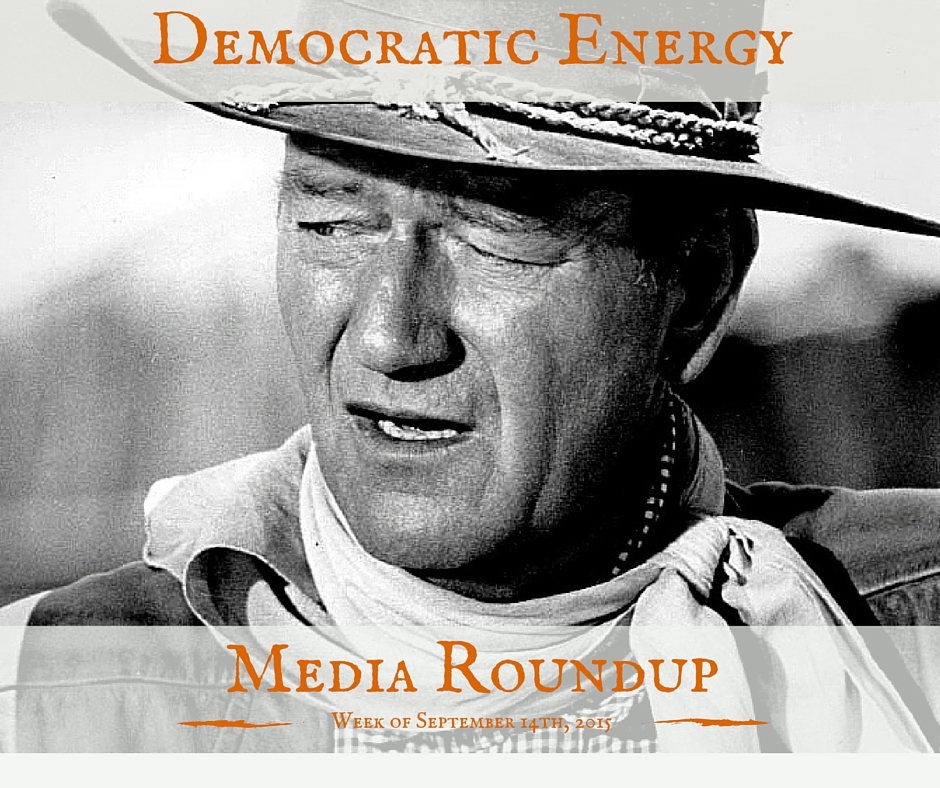 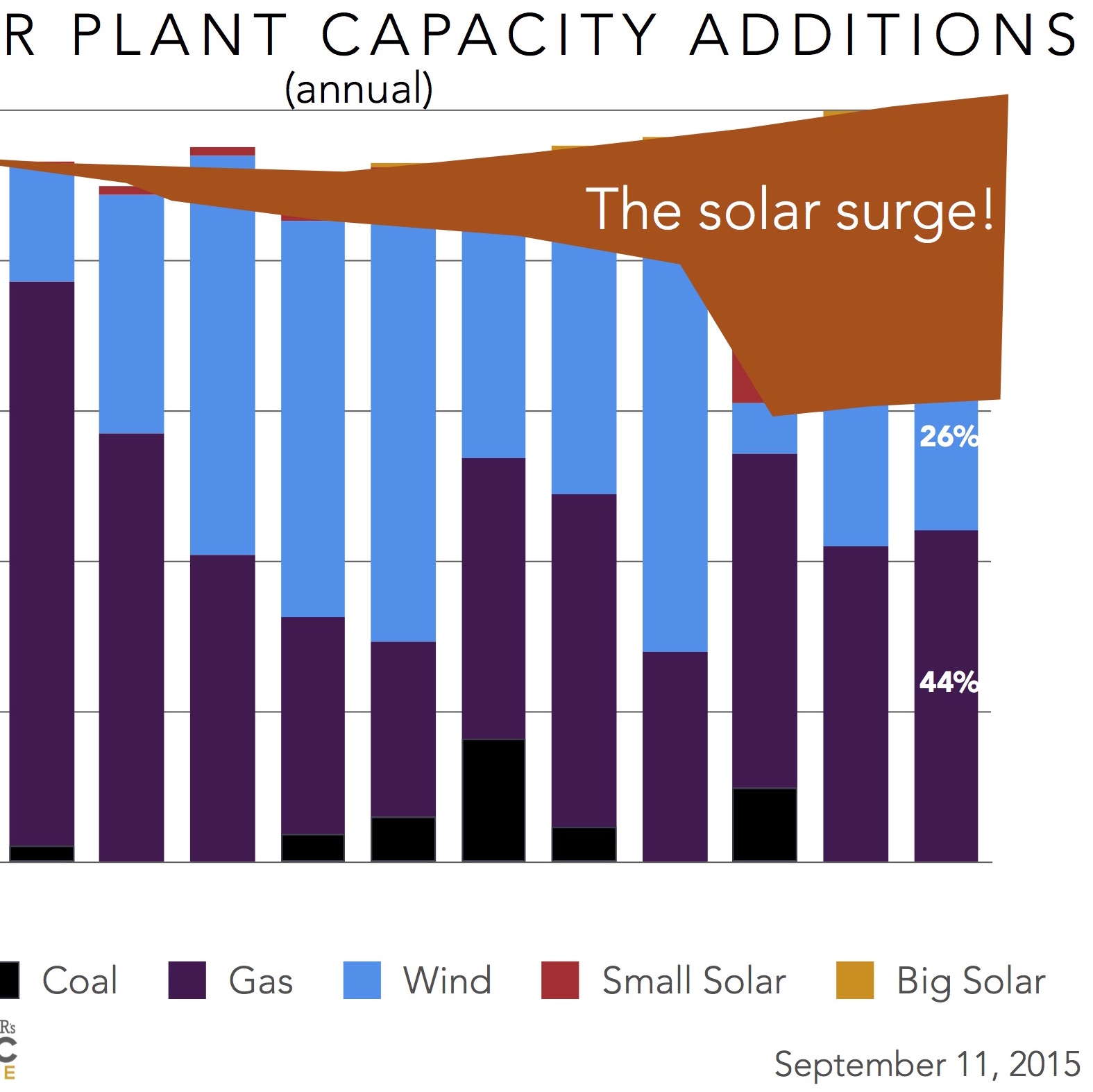 Energy Ever Greater Share of New Power from Distributed S…