Alexander Cockburn is a long-time firebrand in The Nation magazine, and before that the Village Voice. Lately he’s bent so far left he’s joined the right. In recent months, his column and online writing have attracted a great deal of controversy based on his assertions that the science of global warming is off base.  Now he’s taking on recycling (“The Dialectics of Revolution Uh, Recycling,” The Nation, December 17, 2007), quoting with approval from a panel discussion entitled “Recycling is a Waste of Time.” According to author Thomas Deichmann in Cockburn’s piece, “We should be thinking of more interesting things.” Cockburn also quotes distinguished Marx scholar and economist James O”Connor, “If you set up a recycling project where your outfit helps create the conditions to organize social relations of production that makes sense, that have to do with fraternity, equality, liberty, justice, etc., etc., then I”ll recycle my newspapers. Come and tell me when you have done that.”

Engels, perhaps the world’s first industrial ecologist, recognized the need for using the by-product of one factory as the feedstock for another. He argued that the sensible application of sewage on the land was necessary for a safe industrial life and a healthy, secure agricultural sector.

A key part of the Marxist strategy to decentralize production and integrate rural and manageable urban areas was the efficient use of discarded raw materials for productive use in agriculture and industry. Engels studied the great soil scientists of his day, for example, and informed Marx’s thought on the issues of scale and ownership and the social, economic and agricultural benefits of small farms (not the least of which is stable and viable soil).

One look at today’s enemies of recycling reveals the radical nature of citizen-controlled recycling:

“Virgin material oligopolies who fear the competition from thousands of cities and towns competing with them as suppliers of virgin-quality recycled and processed raw materials;

“Wall Street bond firms that hate recycling because it eliminates the need for massive incineration plants that require billions in bond issues;

“Oligopolistic garbage hauling firms—who make 10 times as much landfilling and incinerating than recycling;

“Right-wing pundits who fear that an organized citizenry can learn at the local level that they can change the rules to maximize the benefit to the local economy of used materials, a lesson that could then be applied at many other levels.

Rather than waste time on recycling, Cockburn’s leftists clamor for efficient incineration. But incinerators of garbage encourage the escalating extraction of virgin resources and dumping waste in the diminishing scope of nature on the earth. Garbage incineration complements the maw of capitalist industrial growth that consumes nature in order to produce excess commodities. Proper recycling decentralizes ownership and control over vital industrial and agricultural resources. Proper recycling is a critical seed of an alternative economy and vision of the future.

The post-World War II recycling movement grew out of the anti-Vietnam War movement in the 1960s as citizens began to understand the link between the war and the need to secure resources for Americans to control a steady flow of the world’s resources for frivolous products and packages, and then casually discard these resources so carelessly within minutes of their use. The Survival Walk of 1968 kicked off the movement that saw 3,000 drop off/education centers emerge within months of the first Earth Day in 1970. By the 1970s, this led to curbside programs brought back from the pre-1950 era. There are now 20,000 recycling and compost programs in our cities and towns and counties. The movement crosses gender, race, class, political and generation lines. Women were among the prime movers of the movement and continue to hold up more than half their share of the sky.

Recycling, reuse and composting extend the utility of materials and products, thereby minimizing extraction of resources and destruction of nature, while reducing the use of nature as a cheap dumping ground for materials and myriad, some say deadly, pollutants.

Recycling is close to the hearts of people. It reduces alienation and builds daily habits, which lead to character and values, just as Aristotle described. This character respects nature and tries to tread lightly on the earth. It limits prolificacy and mindless shopping.

Recycling stimulates ideas.  It leads people to think and organize around the idea of Zero Waste. Has the recycling movement sparked a sudden rise of social democracy throughout the world?  Hardly. We live in an age of rising barbarism. But the recycling movement does its part in both practical economic problem solving ways, and in ways that demonstrate how citizens and organizing can work.

It does this with a fraction of the $70 billion spent annually in the U.S. on the waste sector—250 million tons of municipal solid waste 230 million tons of construction and demolition waste, and 10 billion tons of mining agricultural and industrial waste generated annually by our economy. Cities that have followed the dictates of their organized citizens on the issue of garbage have the most cost effective and environmentally benign systems. Recycling feeds as much raw material into locally owned processors mills and manufacturers as the current system allows. (The arcane German recycling system, which Cockburn complains about, is an example of top-down controlled recycling that actually restricts comprehensive recycling and waste reduction.)

Rather than dismiss recycling as a minor inconvenience irrelevant to the larger issues of the day, Cockburn’s “smart leftists” need to examine the issue from a true Marxian perspective, and understand the nature and power of the movement that has formed around it.

NEIL SELDMAN is founder and president of the Institute for Local Self-Reliance. Seldman assists small businesses and community development organizations in starting and expanding recycling businesses. He is a pioneer is defeating garbage incineration.  Seldman is a former manufacturer and university lecturer. He is a post-doctoral student of the history of ideas.

Recycling Is Not Garbage: A Response to Alexander Cockburn 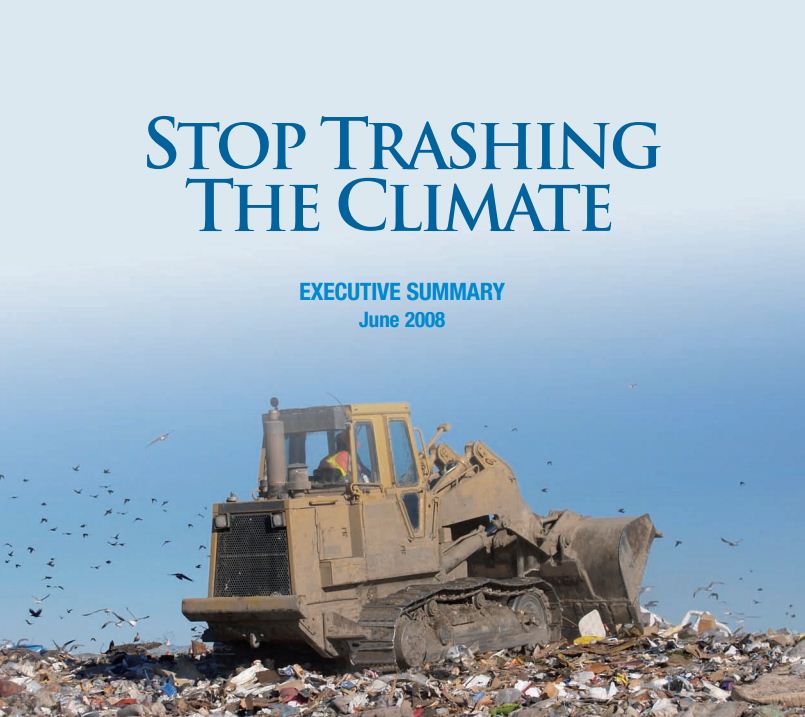