published at http://www.emagazine.com/archive/4601
“Shovel-ready” is the key to the Obama Administration’s plan for a rapid flow of money to city public works projects in its effort to stimulate green jobs, green infrastructure and local spending. But is this plan practical? Do cities have “shovel-ready” green projects?

Most projects are older ones that cities have not been able to afford for the past several years and are not environmentally friendly. For instance, in Winston Salem, NC, $4 million of the stimulus package will be allotted for the building of a new construction and demolition debris (C&D) landfill. This landfill will create only ten jobs. There is no plan for C&D recycling, despite that a recycling facility would create twice that number of jobs and return valuable materials back to the economy.

President Obama has warned cities that he will be tracking wasted expenditures. The group Stimulus Watch will aid in this endeavor. Other groups such as Green for All, the Blue-Green Alliance, and the Apollo Alliance can also monitor how green the new federal investments in infrastructure will be.

Major obstructions to some green projects that are ready to be implemented are the antiquated codes that new projects will have to work under. Porous cement, for example, which reduces water and toxic street runoff to thereby save energy and operating costs at sewer treatment facilities, does not comply with existing codes. Also restricted are sewer pipes, even though they are made from new and reformulated materials, making them a cheaper and more environmentally friendly alternative over the energy intensive traditional ones. Both of these products are disallowed by powerfully vested interests, which continue to benefit from the non-green status quo.

Many cities are not requiring the recycling of construction and demolition (C&D) materials, which has become state of the art across the United States. Sensible city governments require between 50% and 75% of these materials to be recycled by permit. Despite readily available local markets for processed C&D materials, cities are using federal neighborhood stabilization dollars to fill up landfills instead.

A full throttle effort to fund “shovel-ready” projects could forecast a green disaster and a misuse of scarce stimulus dollars. Naturally, there are some sectors that can have “shovel-ready” projects for cities to use stimulus money responsibly. Energy and water conservation are two examples that cities could immediately fund for energy efficient buildings with modern lighting, passive and photovoltaic solar energy, cistern systems and low flow faucets.

But the most obvious sector to focus on is the solid waste sector, more aptly described as “resource management.” Every city and county is responsible for its resource management; and every jurisdiction is ready to galvanize its transition to increased recycling and composting. Some cities have already reached levels of 50% to 70% recycling and composting rates, but the national average remains at a low 34% since many other cities such as Detroit, Philadelphia and San Juan are at the abysmal levels of 10% or less.

Even at this modest national recycling rate, the sector employs 1.1 million workers with a $37 million payroll. These are more jobs than in the automobile industry. (Unionized recycling workers can make $20 per hour plus full benefits in companies that are highly profitable. Without unions, these jobs are at the minimum wage levels and provide no benefits.)

The infrastructure for recycling and composting can be improved to easily double the recycling rate within a few years. At 75% recycling, some 1.5 million new jobs will be created. Indirect jobs stemming from these direct jobs could add another million workers. The total of 2.5 million jobs created represents three-quarters of the 4 million jobs the Obama Administration seeks to produce. This level of recycling would reduce air and ash pollution as well as industrial energy demand equivalent to 21% of the country’s current coal fired electricity capacity. The transportation and extraction of virgin materials from forests and mines would also be dramatically reduced.

An estimated $10 to $20 billion is the investment required to reach these resource management goals. Over several years, these funds can pay for equipment, training (including college certificate and degree programs for facility managers), public awareness, peer-to-peer technical assistance from city managers who have mastered recycling and composting in their community, and real estate acquisition for industrial parks to process materials and manufacture products locally to strengthen the U.S. economy (as opposed to shipping materials overseas). The money can flow to cities through Community Development Block Grants (CDBG) channels or the myriad of other energy, resource, alternative fuel, and workforce and community economic development programs available.

The stimulus investment to transform solid waste management into resource management should be “sunset.” This money is transitory. Cities, counties and their constituent businesses already pay from $40 to $70 billion annually to dispose of resources as waste. It costs far less to relocate recycled materials to industrial and agricultural markets. The stimulus investment would essentially be the bridge for the transition of waste to resource. After the initial investment, traditional budgets can resume at much lower levels, allowing for city services to be more cost effective and the U.S. economy more efficient and competitive. On the other end of the bridge, the waste stream will be a resource stream supporting employment, manufacturing, tax base expansion and pollution reduction.

Sixty percent to 70% of the country’s total municipal solid waste and C&D waste (totaling under 500 million tons annually) is readily reusable and recyclable as rich compost, building material and aggregate. Markets are high and steady for quality material and most importantly, local. Shipping to China will no longer be required.

The blueprint for spending on resource management should follow other federal formulae for healthcare, highways and education. Local government must commit to action to be eligible for federal grants. Thus jurisdiction programs like California’s Recycling Market Development Zones and the industrial parks being developed by Hawaii County, HA and Alachua County, FL would have their investments matched by federal dollars. Jurisdictions that commit bond and budget money towards transition goals and objectives ought to qualify for federal grants. No subsidies should go towards landfilling and incineration.

This transition could be accomplished within the next three to seven years. After that, the remaining materials that were unable to be composted or recycled could be subjected to research and development programs for restoration. Bans and redesign of products and packages are part of the stage of the transition to achieve the social, economic and environmental benefits of a near-zero waste economy. Industry responsibility programs have already been implemented for batteries, oil, paints and tires.

If the Obama Administration wants fast, green and dramatic results for its stimulus package, the best place to start is at the garbage can. Every citizen, every day, touches some thing that is pitched as garbage, be it in the workplace, at play, or in the home. By using our fiscal resources to ensure sound management of our natural resources, everybody is a winner. 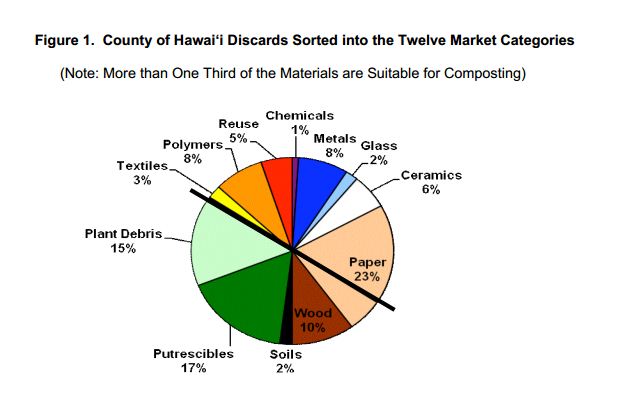 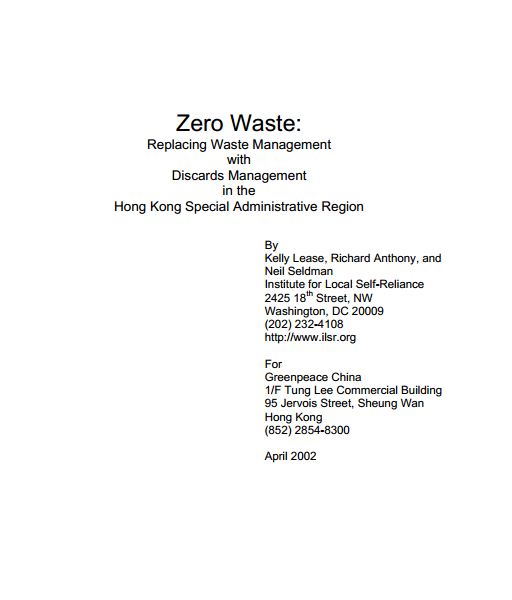