Recycling has long been known to be the enemy to waste management companies as it diverts materials that could be going to landfills, threatening profits and political influence. It makes sense. Landfilling waste is highly profitable, while recycling materials is marginally profitable and can also lose money. Flat recycling rates allow for companies to require more for processing recyclables while more waste flows to landfills. Profits from hauling and landfill operations supports high stock prices for consolidated national monopolies, which in turn allow them to use stocks to further consolidate hauling, landfilling, and most recently recycling processing capacity at centralized plants, or Materials Processing Facilities (MRFs).

The financial industry has made the negative relationship between wasting and recycling very clear in its pronouncements over the last 20 years. Thank you to Peter Anderson of the Center for a Competitive Waste Industry for assembling the following comments from Wall Street to its investors.

“For nearly a decade, recycling has decimated aggregate volume growth in the traditional waste management business, while regulatory foot dragging has allowed excess (low-cost) capacity to persist. However, the tides are now finally turning, in our view, as recycling (as well as competing waste-to-energy capacity) has shown distinct indications of leveling off.”
— Environmental Services: Initiation of Coverage, May 6, 1997, at p. 1

“This year’s [Biocycle] survey continued to provide evidence that recycling has reached a saturation point in the U.S. and should therefore not be nearly as large a threat to solid-waste companies going forward as it has been over the past decade.”
— U.S. Investment Research: Environmental Services, May 8, 1998, at p. 1

“…[L]ess recycling should lead to accelerating disposal volumes, which in turn should lead to pricing leverage for landfill operators. Primary beneficiaries of such a trend, in our view would be highly vertically integrated waste companies like Waste Management and Allied Waste, which remain our favorites in the group.”
— Equity Research Briefing Note, January 21, 1999, p. 1

“Although the publicly traded waste companies derive a very small portion of their revenues from it, recycling is primarily seen as a competitive threat because it steals volumes away from landfills, their most profitable assets. Therefore, we view any declines in recycling as bullish for these stocks.”
— U.S. Investment Research: Environmental Services, Early Indications of More Recycling Declines, April 28, 1999, at p. 1

“[R]ecycling in the U.S. is leveling off after a decade of strong growth. Less recycling growth is positive for landfill operators such as Waste Management and Allied Waste – both rated Strong Buy.”
— U.S. Investment Research: Environmental Services, February 3, 1999, at p. 1.

“Although the publicly traded waste companies derive a very small portion of their revenues from it, recycling is primarily seen as a competitive threat because it steals volumes away from landfills, their most promising assets. Therefore, we view any declines in recycling as bullish for these stocks.”
— U.S. Investment Research: Environmental Services, April 28, 1999, at p. 1

Recycling is probably one of the most widely recognized alternatives to landfilling and has grown in popularity over the last 10 years. However, recycling volumes appear to be stabilizing.

Since 1996, the percentage of MSW being recycled has only increased from 27% to 32%. This stabilization may be partly due to costs, as additional progress in recycling is not necessarily an economic alternative. Many of the municipal recycling programs today would run at a loss if they were not subsidized with tax dollars. The growth of waste deposited at landfills appears to be exceeding the growth of waste recycled; in 2001, waste being dumped at landfills grew at 8.7% year over year compared to recycled waste, which grew at 3.7%, and incinerated waste, which grew at 7% (Exhibit 7).

Many waste companies are required to fulfill recycling obligations as components of their municipal contracts for residential services.

While recycling remains an important initiative, we believe that recycling growth has started to stabilize for a number of reasons:

Largest segments of the waste stream already have high recycling rates. According to Biocycle (an industry magazine), 32% of MSW generated in 2001 was recycled. (We note that statistics tend to vary slightly between Biocycle’s garbage survey results and studies conducted for the EPA, which may be due to differences in research techniques as well as the inclusion/exclusion of materials in components of the waste stream.) Aluminum, paper, plastic, metal, and glass are the primary materials recovered in the recycling process with paper and cardboard representing the majority of processed recyclable product.

These components represent the largest segments of the recyclable waste stream, totaling more than 50%. While recycling of these materials dramatically increased from 1980 to 1995, over the last few years recovery rates have stabilized and even declined (Exhibit 8).

Waste companies are not big proponents of recycling given the higher profitability from landfills and volatility of recycled commodity prices. Recycling represents less than 5% of revenues for the large waste companies. They find waste disposal in landfills much more profitable than recycling, which exposes them to fluctuating commodity prices for old corrugated cardboard (OCC) and old newspaper (ONP).

In May of 2002, OCC prices experienced a sharp increase as result of strong demand from abroad and low inventories. However, the price increase was a result of a huge spike in demand from abroad that was not sustainable throughout the summer. While OCC prices are expected to remain volatile due to changes in overseas demand, ONP prices have seen a modest rise in price as demand for newsprint rose for the first time in 19 months this past May. With inventories low and excess capacity shut, publishers are expecting price increases for both newsprint and ONP before the end of the year.

“In general, the recycling segment of the business is lower-than-average margin business. The volatility of these recycling margins can be fairly substantial throughout the periodic swings in commodity prices, and the impact of that volatility on the overall company margins can also be substantial as we discuss in the following section.” (p. 44)…

“More than a decade after this business reached critical mass, recycling remains a socially desirable but economically unattractive means of disposing of waste. The frequent loss-leader of waste disposal companies in some municipal contract markets, and the bane of municipal budgets in others, society’s desire to recycle can often be a very costly proposition. It should be no surprise that following the first economic recession in years, we have also seen many municipalities scale back or cancel their recycling programs…

“The good news for investors is that many of these negative trends for recycling are often good news for waste companies. In particular, the diversion of waste volumes out of the no- to low- profit margin recycling sector and into the high-profit margin landfill sector is generally a clear positive for most waste haulers.” (at pp. 35-36)

The development and acceptance of alternatives to landfill disposal and waste-to-energy facilities could reduce our ability to operate at full capacity.

Recycling Is the Enemy of Wasting 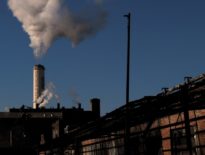 Energy Report: Waste Incineration: A Dirty Secret in How … 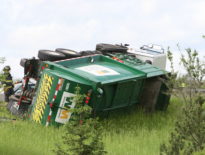 Waste to Wealth Monopoly and the U.S. Waste Knot
Sign Up for Composting and Zero Waste News