This article by Neil Seldman was originally posted in Recycling Today on September 24, 2021.

The robust non-profit materials recovery company is a link between the flow of surplus and used products, workers who need training and good jobs and efforts to reduce hazardous materials in the environment.

Currently, 78 employees work at a 60,000-square-foot warehouse and another 60 are assigned to Indianapolis’ municipal litter cleanup and graffiti abatement crews. There will soon be room for expansion, as the company is weeks away from closing on a transaction to build a 105,000-square-foot warehouse being constructed on 7.8 acres of a publicly owned 55-acre brownfield site.

The space and additional workers will be needed as the flow of pre- and postconsumer products from dozens of manufacturers’ logistics centers continues to grow. A major source or material that comes to RecycleForce arrives from the various distribution centers within 10 miles of Indianapolis.

The majority of this flow is products returned to major manufacturers (OEMs) for disposal, plus old medical equipment. This could be a shipment of car seats, 100,000 dehumidifiers, dog collars with batteries, curling irons or flat screens TVs. RecycleForce once received flat screen TVs that had radiated steel, and most recently handled a World War II bomber plane dial that was found with radium on it.

Grants from states and federal agencies (the United States Departments of Labor and Health and Human Services, or the U.S. Environmental Protection Agency) plus local foundations have helped manage the increased flow of materials and help with training for workers. Training helps workers handle materials such as the diverse flow of batteries, including lithium-ion batteries, which are fire prone and can be a threat to landfills and recycling processors.

RecycleForce works with Indiana-based Purdue University and its industrial engineering students to develop protocols and procedures for recycling various hazardous materials, including batteries.

“We look for closed-loop solutions for workers and materials,” states Gregg Keesling, a RecycleForce co-founder. “Ex-offenders are returned to civilian life with skills and good jobs and a meaningful purpose. RecycleForce-trained crews work with bomb squads to identify dangerous materials, and work with hazardous materials (hazmat) officials on cleanup efforts.”

The company recycles an estimated 95 to 97 percent of the materials received and managed, which conforms to the state’s limit of 10 percent maximum residue (discards) for recycling operations. Plastic recovered from computers is sent to the Ashley, Indiana, Brightmark facility for conversion into waxes and diesel fuel.

RecycleForce has a recidivism rate under 17 percent. This compares to a national rate of more than 70 percent. In addition to providing the training and placement of workers, RecycleForce works with workers to mitigate fees and fines that often plague newly released ex-offenders and can be an impediment for returning to civil society.

Keesling and Dustin Jones are key staff for RecycleForce. Keesling, a co-founder, dropped out of college and has been an environmental activist in Jamaica for the Negril Coral Reef Protection Society and the Negril Environmental Protection Trust.

Jones has been working for three years at RecycleForce and brings highly technical planning skills. In the past he served as an economic development official for Metro Indianapolis as well as a private consultant. He is experienced in growth analysis, contract negotiations and logistics. 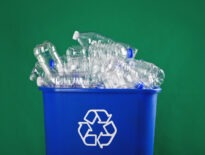 waste - recycling A New Way Forward for Packaging and “Transit… 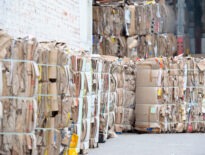