In 2016, ILSR released a new report on solar and wind economies of scale, updating this data.

While utilities continue to imply that large-scale solar projects are more economical than small ones, the data is telling another story. In fact, costs for transmission and distribution of utility-scale solar energy may largely undermine the modestly better economics at the point of generation.

In other words (as I wrote a month ago), Utility Solar May Cost Less, But It’s Also Worth Less.

But let’s skip any further word chopping and get to the charts. This first one shows the median installed prices for solar as reported in 2014 for distributed solar, and the adjusted modeled prices for utility-scale solar from Q4 2013. As noted by National Renewable Energy Laboratory and SunShot, the modeled costs for solar are typically much lower than the actual reported cost. As noted in the chart, the costs here do not reflect the cost to deliver energy to customers. Distributed solar is on-site and has near-zero delivery costs. Utility-scale solar may have significant costs. 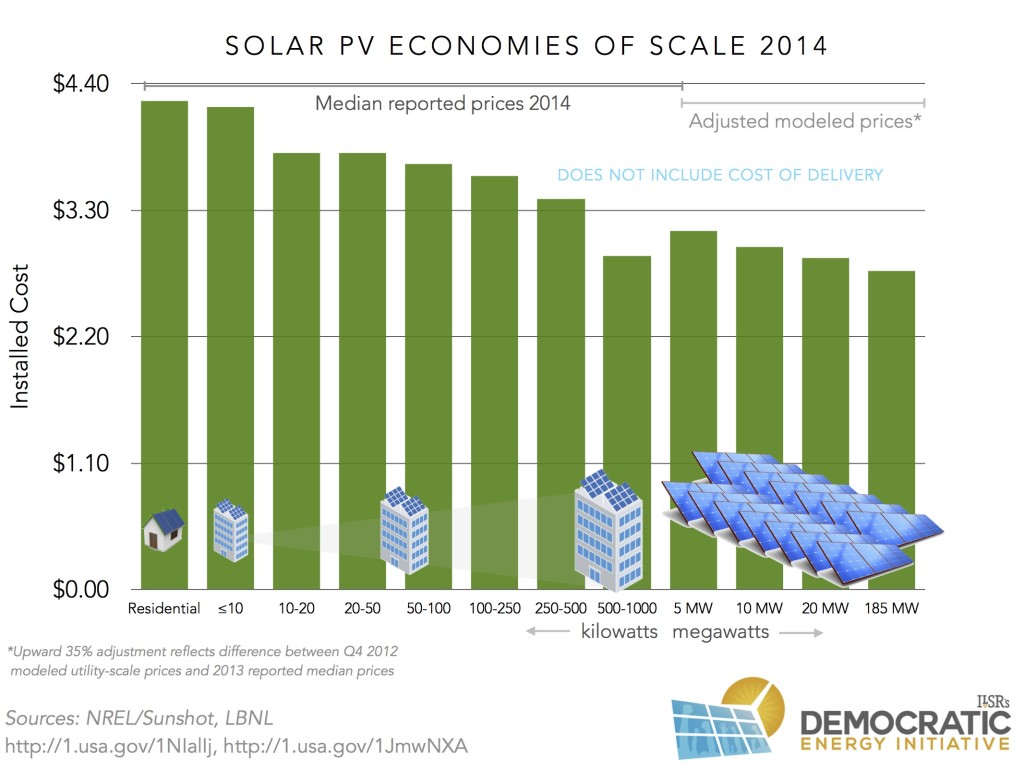 The following chart illustrates the advantage of large-scale solar at point of generation relative to residential solar. 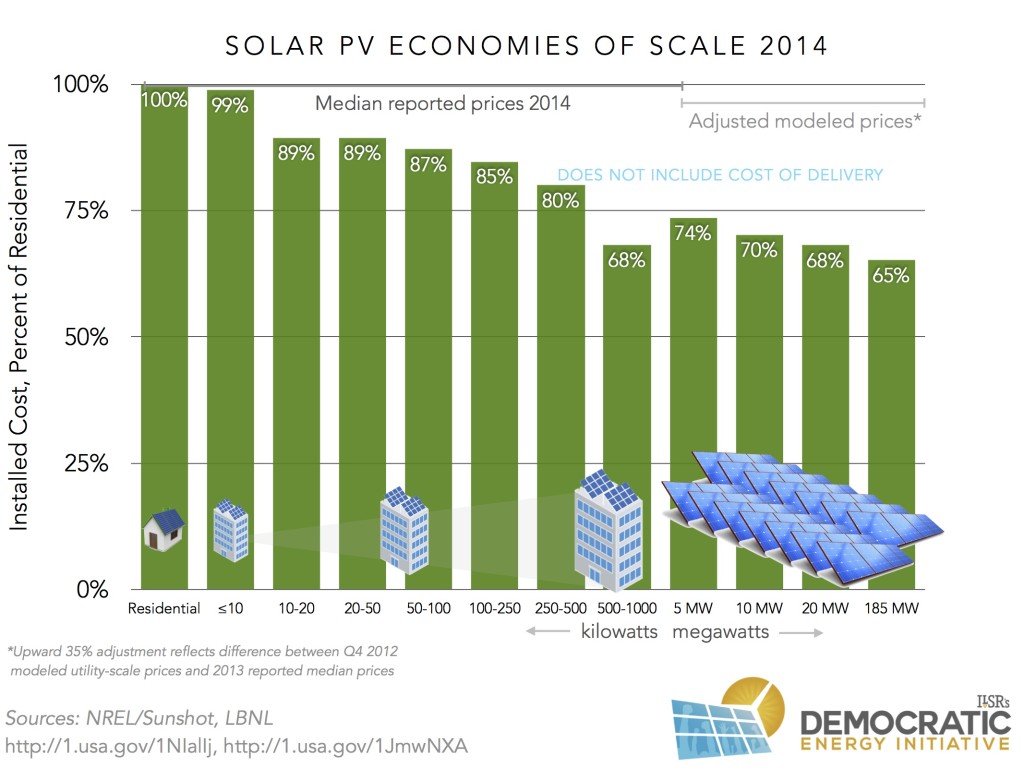 But looking at installed costs doesn’t tell the whole story, because (as noted) it doesn’t reflect the cost to deliver energy to users. The following chart converts the installed cost into the cost of energy, and adds in Clean Coalition calculations for the delivery cost of energy from large-scale solar arrays. These costs are reflected in “value of solar” calculations for distributed solar (like in Minnesota), because distributed solar doesn’t require long-distance transport over transmission and distribution wires. 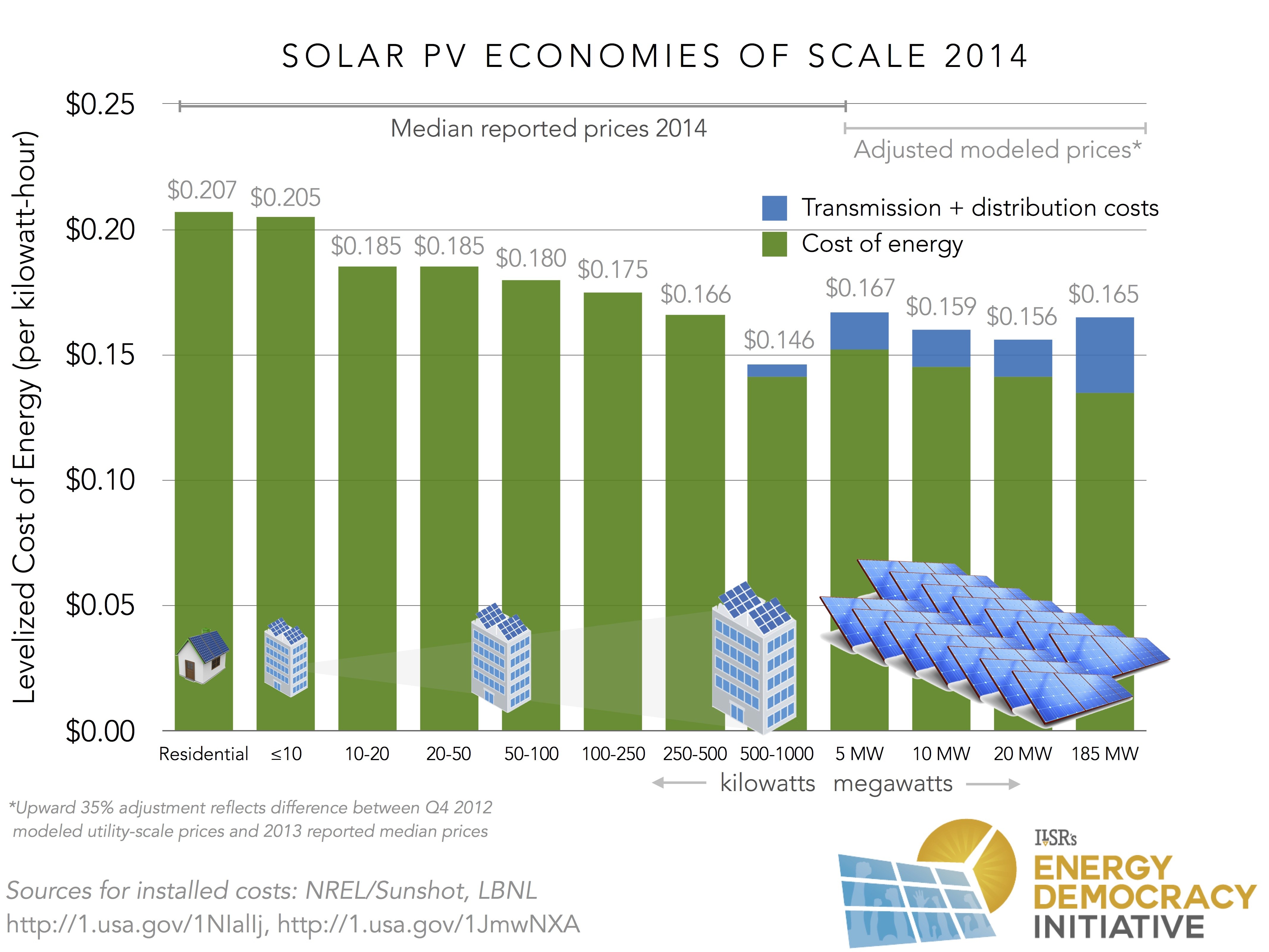 As the chart indicates, the cost of power delivery can outweigh economies of scale of large-scale power generation.

So what’s with conventional wisdom about economies of scale?

The studies touting the superior economies of utility-scale solar are utility-funded, meant to defend utility efforts to push back against the  distributed solar as a competitive threat to their monopoly business. Evidence suggests they have reason to, since distributed solar won’t be particularly costly to ratepayers, but without a regulatory change, it can be much more costly to shareholders. But wishing that centralized, utility-controlled solar is cheaper doesn’t make it so, and distributed solar clearly competes on cost when transmission and distribution are accounted for.

So the next time your electric company tells you that bigger solar is better, ask them this: for whom? 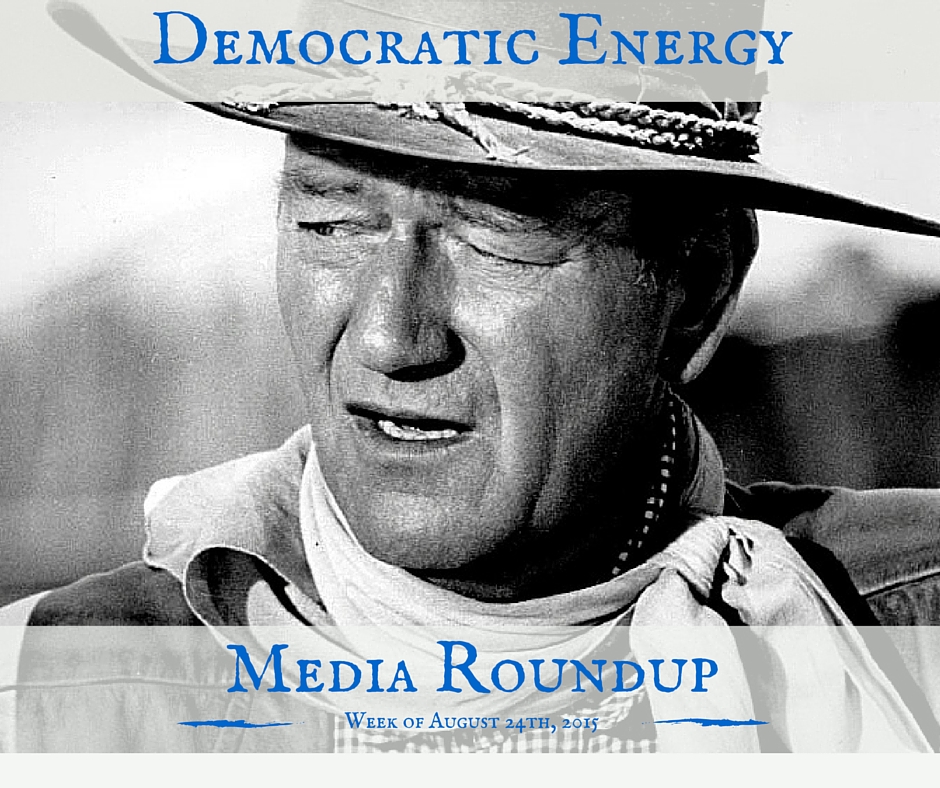 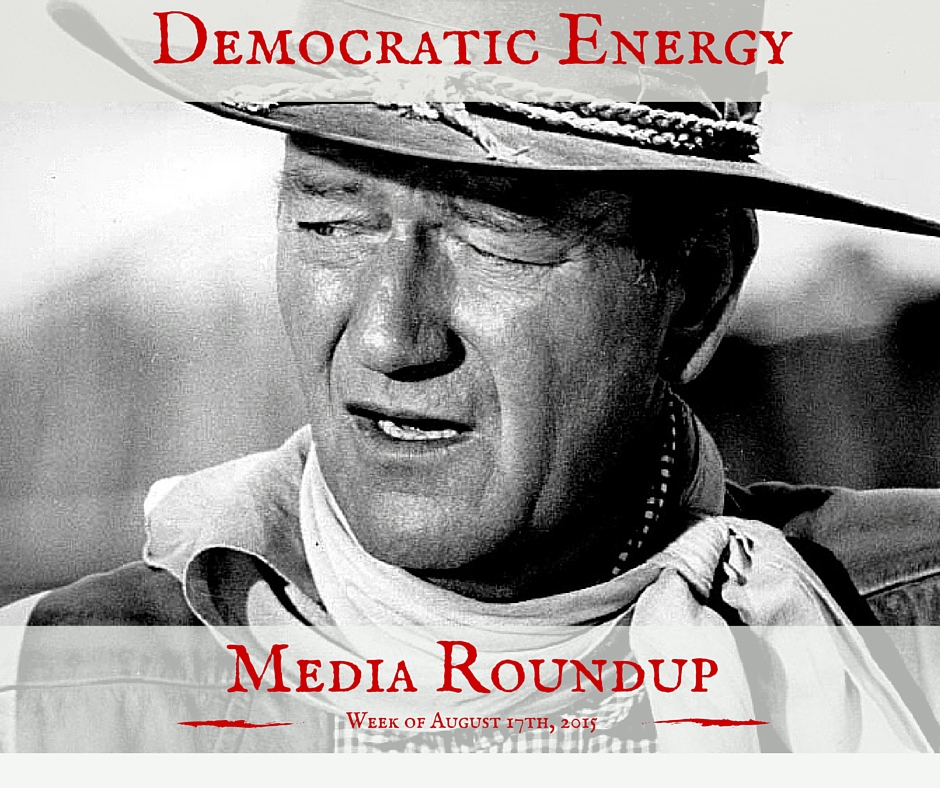