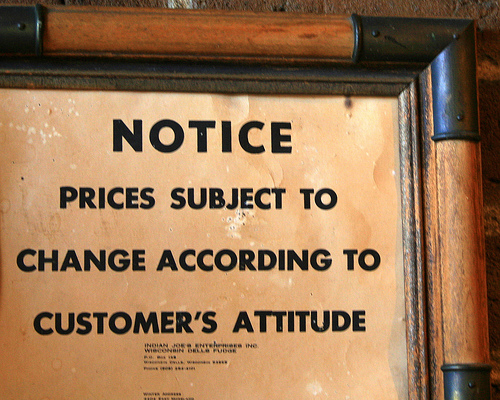 In 2012 we accept as received wisdom that government is unresponsive while a competitive marketplace forces private business to offer quality customer service.  So when Representative Henry Cuellar (D-TX) introduced his warmly received bill, The Government Customer Service Improvement Act, we considered his announcement a truism, “When taxpayers interact with a government agency, they deserve the same timely, reliable assistance they would expect from a private sector business,”

Ironically, just as we achieve a bipartisan consensus that to improve customer service government should act like a private business both the empirical and anecdotal evidence is telling us it should be the other way around.

Consider the results of a new study by the Commonwealth Fund that compares private health insurance companies to government Medicare.  Government was the hands down winner. People covered by private health plans were much more likely than Medicare beneficiaries to forego needed care, experience access problems, encounter medical bill problems, and be less satisfied with their coverage.  Is anyone who’s had a conversation, or tried to have a conversation, with his or her private insurance carrier surprised?

Indeed, the evidence that government is far better than business at delivering health insurance is so compelling that anti-government Americans have adopted an ingenious strategy to avoid conceding the point.  They have simply decided that Medicare is a private insurance program.  Recall the signs and letters and talk show host warnings during the health reform debate that President Obama better keep the government out of Medicare!

We no longer even expect personal customer service in the fastest growing part of the economy and the one with which we interact the most–internet based services.  “Twitter’s phone system hangs up after providing Web or e-mail addresses three times,” the New York Times recently reported.  “At the end of a long phone tree, Facebook’s system explains it is, in fact, “an Internet-based company.” …LinkedIn’s voice mail lists an alternate customer service number. Dial it, and the caller is trapped in a telephonic version of the movie “Groundhog Day,” forced to work through the original phone tree again and again until the lesson is clear: stop calling.” Google’s phone system (what, you didn’t know Google has a phone number?) sends callers back to the Web no less than 11 times.

Internet based companies argue that with millions of users, they cannot possibly pick up a phone.

But of course they could. They certainly have the resources. This year Google’s profits will hit $10 billion with revenues approaching $50 billion.  Diverting just 10 percent of its profit, 2 percent of its revenue to customer service would allow Google to hire an additional 80,000 people to answer the phone.

Yes dealing with humans is messy.  But hard as it is, government, unlike private business, appears equal to the challenge. In 1996 Baltimore launched the nation’s first 311 number, a single non-emergency number that residents can call to complain, ask advice, or request service.  The number now receives 1 million calls a year.  New York City 311, activated in 2003, receives 20 million calls a year on a remarkable range of issues.   My mom once called to ask why the reception of her beloved local public television station had become intermittent after the conversion to digital.  The 311 operator politely and efficiently shifted her to a person at Channel 13 who provided her with a clear (albeit ultimately unsatisfying) explanation.

Unlike Google, New York devotes about 2 percent of its revenues to this most personal and effective customer service. “We consider 311 one of the most used and most critical city services,” says Joseph Morrisroe, executive director of NYC 311.

Budget difficulties have led several cities to launch online options to reduce costs. But they don’t see them as a replacement for a human answering the phone. Spencer Stern, a 311 consultant for more than 10 years notes, “Technology is an important tool, but everyone I’ve worked with — from city managers to county executives — is also very much focused on human interaction…They realize having that human touch is important to their constituents — no matter what the cost.”

Despite the cost, and shrinking budgets, cities don’t appear to be slowing their embrace of 311.

Why do big businesses all but ignore customer service?  Because the profits of Facebook and Google and Humana do not depend on providing high quality customer service. In fact, some keen observers of the giant companies that have come to dominate the private sector have concluded that good customer service actually hurts the bottom line.  The New York Times reports on the epiphany of one such observer, Richard X. Bove, an analyst with Rochdale Securities about customer service in the banking sector. “Spending time solving problems with people is not selling products. It’s wasting time.”  “One of the core beliefs you have about any company is that the quality of their product is the determinant of the company’s financial success,” says Mr. Bove. “The point is, it doesn’t work here.” He adds, “I’m struck by the fact that the service is so bad, and yet the company is so good.”  Good to an analyst means the stock price has increased.

Mr. Bove gained this insight from personal experience.  He was a longtime customer of Wachovia, acquired by Wells Fargo in 2007.   Since then investors have pushed up Wells Fargo’s stock price so much that it is now the largest American bank by stock market capitalization. Meanwhile its customer service ratings have plunged.  In 2007, J. D. Power & Associates rated Wachovia among the banks with the highest level of customer satisfaction. After it was taken over its banks received below-average customer service ratings. In Florida, where Mr. Bove lives, Wachovia/Wells Fargo was 10th out of 11 banks.

Mr. Bove recently upgraded his recommendation on Wells Fargo stock to a buy.  At about the same time he began to move his personal accounts to another bank.

A few years ago Kevin Drum, a writer at Mother Jones, after describing his infuriating experience dealing with customer service at another corporate giant, Verizon nicely encapsulated what may become the new received wisdom. “Frankly, my dealings with the government, on average, are better than most of my dealings with corporations.  The government might sometimes provide poor customer service just because they lack the motivation to do better, but corporate America routinely provides crappy customer service as part of a deliberate and minutely planned strategy.”

For Quality Customer Service Go to Government, Not Business 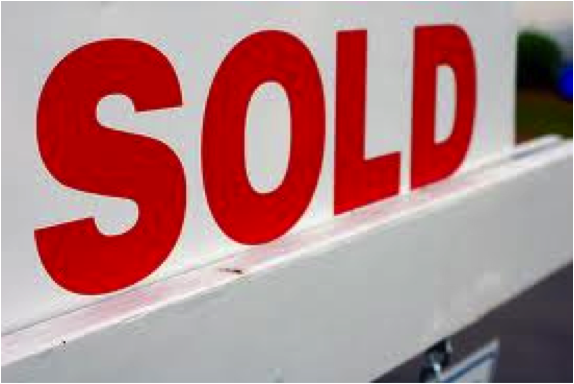