But unlike any private home or business, you can’t get 50% off using the federal tax incentives for solar (a 30% tax credit and ~20% from accelerated depreciation).  That’s because the federal government’s energy policies all use the tax code, and your organization is tax exempt.

What about a public-private partnership?  The private entity puts up some money and gets the tax benefits, and the public entity only has to pay half.  It can work, if you’re lucky, although a good portion of those tax benefits (half, in recent years) pass through to that private entity for their return on investment, not changing the price of your solar array.

But the legal niceties also matter.  One common option is a lease, where the public entity leases the solar panels from the private one.  One big problem: the IRS doesn’t allow the private entity to collect the 30% tax credit if they lease to a public entity.

The cash grant program in lieu of the tax credit allowed leasing, but it expires in December.  Furthermore, it disallowed depreciation of the solar array, equivalent to 20% off.

Another clever arrangement is a power purchase agreement (PPA), where the third-party owns the solar array and simply sells the power to the school or city.  The third-party can claim both the tax credit and depreciation, but if you live in a state with a regulated utility market (and no retail competition), your utility might slap you with a lawsuit for violating their right to exclusive retail service.

The following chart illustrates the financial challenge for public entities created by using the tax code to support solar. 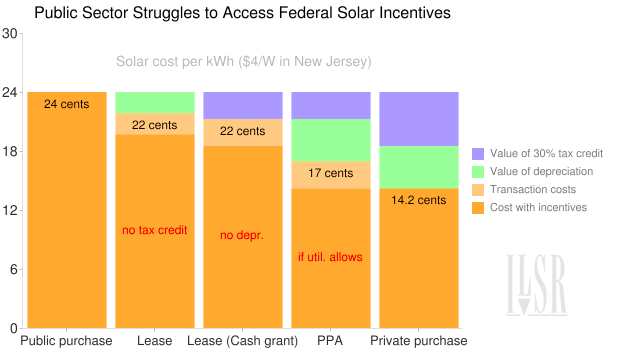 Even with a lot of legal creativity, the public sector is often stymied in accessing both federal solar incentives.  The result is that private sector solar projects always get a lower cost of solar, because the public sector can only access federal incentives through (costly) partnerships with third parties.

Using the tax code for solar (instead of cash grants, production-based incentives, or CLEAN Contracts) is bad for the solar business, bad for taxpayers and bad for ratepayers.  It’s time to change course, and let the public sector go solar, too.

Energy Commercial PACE Surges Ahead With Financing for Ef… 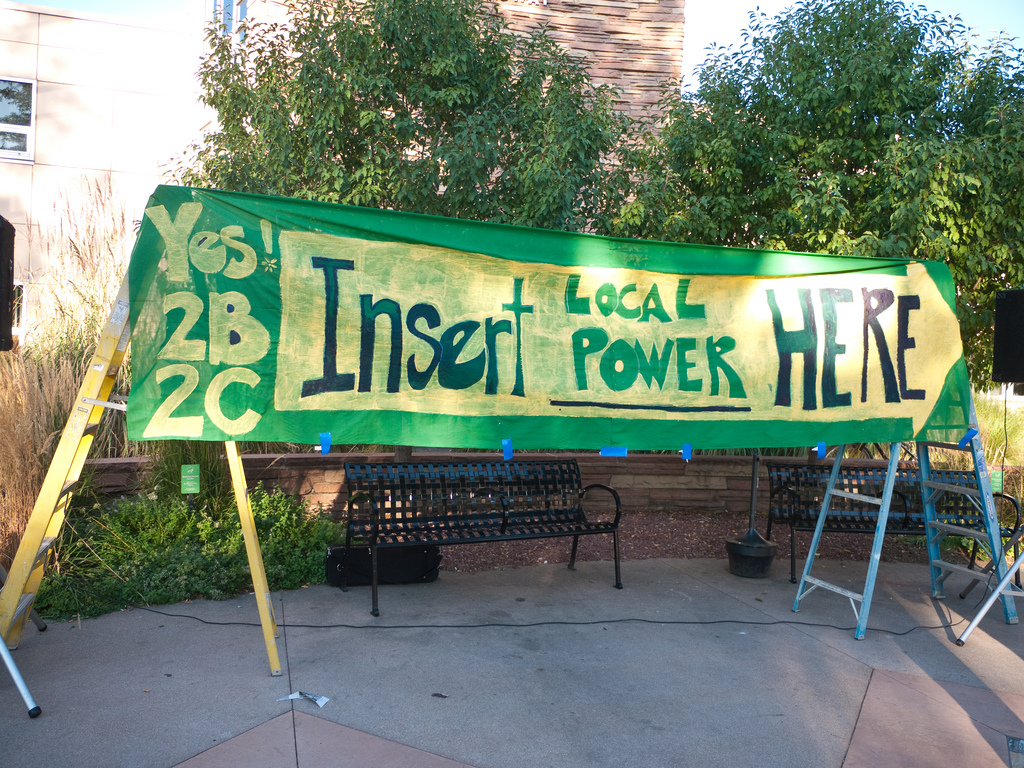