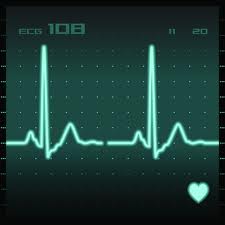 In mid October, Leon County, FL, joined Babylon, NY, Palm Desert, CA, and Sonoma County, CA, as well as the California Attorney General, Sierra Club, and Natural Resources Defense Council in suing the Federal Housing Finance Agency over their opposition to the Property Assessed Clean Energy (PACE) municipal energy financing program.  These lawsuits were complemented by federal legislation to compel lenders to accept PACE financing programs.  Despite early hopes for an alternate resolution, it seems that PACE will only prevail via judicial or congressional action.

PACE enables homeowners to finance energy efficiency improvements through a long-term property tax assessment, with cities or counties providing a one-stop shop and marketing to encourage homeowner participation.*  After passing state enabling legislation allowing PACE programs, cities or counties can provide the upfront cash by issuing revenue bonds, minimizing the risk to taxpayers and potentially provided a way for large institutional investors (like pension funds) to put their dollars into residential energy efficiency.   For more on the rationale for PACE, see text at bottom.

Through early 2010, five cities had established PACE programs and financed over $40 million in energy efficiency and on-site renewable energy on 2,000 properties (for more information, see Municipal Energy Financing: Lessons Learned – ILSR, 2010).  But during the summer of 2010, Fannie Mae, Freddie Mac, and the Federal Housing Finance Agency released “lender letters” that indicated that they would not buy or refinance mortgages on properties participating in the PACE program (for more on this issue, see the PACENOW blog).  The unyielding position of FHFA has effectively quashed any new PACE programs (dozens had been scheduled to open in 2010) and seemed to circumscribe the activities of the existing programs.

By October 2010, the conventional wisdom is that the future viability and expansion of PACE programs rests on two thin hopes.  One, that the lawsuits against FHFA will succeed in overturning the policies of the major lenders; and two, that federal legislation will compel the lenders to change their guidelines.

Initially, it seemed that the lender letters would only prove a barrier to homeowners with Fannie- or Freddie-held mortgages.  That would leave approximately one-third (33%) of homeowners who own their homes outright (e.g. have no mortgage) and a further 40% of homeowners with mortgages held by other financial institutions.  Could 75% of Americans still participate in PACE?

If a homeowner and PACE participant plans to sell their house, 40% of prospective buyers will be unable to buy the property because they would finance with Fannie or Freddie.  Furthermore, many residential mortgages (like those issued by commercial banks) are re-sold within hours of being closed, and lenders prefer to have the option to sell the mortgage to Fannie and Freddie.  Thus, a PACE-participating property could be harder to sell because the buyer would have limited means of financing the purchase.

Government agencies have made things worse.  The Office of the Comptroller of the Currency issued recommendations to lenders suggesting that they consider steps to shield themselves from PACE, including reducing home equity lines of credit on PACE properties and reducing loan-to-value ratios on any property in a community with a PACE program.  In other words, just living in the same town with a PACE program could reduce a homeowner’s ability to obtain home financing, even if they weren’t buying a property with a PACE assessment.

These significant roadblocks ended the dramatic expansion of PACE programs and have significantly curtailed participation in the four existing programs.  PACE is on life support, and it will take a judge or a Congress to resuscitate it.

*PACE programs can and do serve commercial property and this side of PACE has been relatively non-controversial.

Addendum: PACE Rationale
The PACE program addresses two key barriers to energy efficiency adoption: information and financing.  With information about energy efficiency improvements and incentives coming from utilities, state energy offices, the federal Department of Energy, nonprofits, and contractors, PACE provides a simpler way – making the city or county into one-stop energy shops for homeowners in their jurisdiction.  PACE also overcomes a common financing problem: many significant energy efficiency improvements pay back over 10-15 years (or more), but the average American moves every five years.  By using property tax assessments as the financing tool, homeowners can smoothly pass the assessment (and efficiency upgrades) to the next property owner.

Rarely mentioned – and yet perhaps most significant – of PACE’s benefits is how it empowers cities and counties to guide and finance their community’s energy future.  Frequently, local governments could only address address climate change or rising energy costs on public property.  The PACE program puts the local government at the hub of energy planning for its community, increasing local self-reliance.