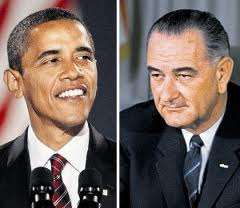 A few weeks ago Congressman Barney Frank (D-MA who is retiring from the House this year, gave a memorable interview to New York magazine in which he criticized President Obama for aggressively pushing health care reform.  Frank says he warned Obama the Democratic Party would pay “a terrible price.”

Apparently Frank was not alone in counseling Obama to take health care off the front burner. “At various points, Vice President Joe Biden, senior advisor David Axelrod and Chief of Staff Rahm Emanuel advised the President to focus entirely on the economy and leave comprehensive health care for another day,” Jonathan Alter, senior editor of Newsweek reports. “‘I begged him not to do this’, Emanuel told me when I was researching my book about Obama’s first year in office.”

After the law passed Alter asked Obama why he overruled his team.  The President responded,  “‘I remember telling Nancy Pelosi that moving forward on this could end up being so costly for me politically that it would affect my chances’ in 2012.”  But he and Pelosi agreed that if they didn’t move at the outset of the his Presidency “it was not going to get done.”

In 2009 Obama put country above party.  Bringing health security to over 30 million Americans, strengthening the social compact and laying the foundation for a major restructuring of our health system were sufficient rewards for him to accept the political risks.

Almost exactly 45 years before Obama’s decision we witnessed another profile in political courage. Former Texas Senator Lyndon Baines Johnson, after becoming President on the death of JFK, aggressively and decisively ended the south’s filibuster against a Civil Rights Act, ensuring its passage in July 1964.  In 1965 he secured enactment of the Voting Rights Act.

As is the case with the health care law, the Constitutionality of the Civil Rights Act was tested.  Southern states argued the federal government had no right to force the private sector to treat blacks and whites the same.  The Supreme Court ruled it did.

One hundred years after the Civil War, millions of southern blacks effectively gained the right to vote.  LBJ also put country above party, at least the country that strives to honor the foundational moral values of the Declaration of Independence.

LBJ, like Barack Obama, understood the risks involved in extending democracy to those excluded because of the color of their skin.  “When he signed the act he was euphoric, but late that very night I found him in a melancholy mood as he lay in bed reading the bulldog edition of the Washington Post with headlines celebrating the day,” former LBJ Press Secretary Bill Moyers recalls in his book Moyers on America. “I asked him what was troubling him. ‘I think we just delivered the South to the Republican Party for a long time to come,’ he said.”

LBJ was right. Nixon quickly embraced what came to be known as the Southern Strategy. He appealed to southern whites who were as angry then as Tea Party members are now about the federal government’s telling them what to do.

On August 3, 1980 the Southern strategy became explicit when Ronald Reagan delivered his first post-convention speech at the Neshoba County Fair outside Philadelphia, Mississippi after being officially chosen as the Republican nominee for President.  Reagan declared, “I believe in states’ rights.” Given the location his message was unmistakable. For in June 1964 Philadelphia was the site of the murders of voting rights activists James Chaney, a 21-year-old black man from Mississippi, Andrew Goodman, a 20-year-old white student from New York City; and Michael Schwerner, a 24-year-old white organizer and former social worker also from New York.  The national outrage over their deaths helped LBJ gain passage of the Civil Rights and Voting Rights Acts.

For giving blacks the right to vote the Democratic Party did indeed pay a terrible price.  In 1964, according to the Economist,  the former Confederate states had a total of 128 Senators and Representatives; ll5 were white Democrats.  Today white southern Democrats account for just 24 of the South’s Congressional delegation.  In 1963, Congressional delegations from Alabama, Louisiana, Mississippi and South Caroline consisted entirely of white Democrats. Today they have none.

Without LBJ’s courageous actions, Barack Obama would never have had a chance to become President.  But like LBJ, Obama’s actions have also led his Party to pay a high price.  In 2010 Democrats lost control of the House.  Republicans swept to power in two dozen states.  And this November they may well win a trifecta by gaining control of all three branches of government:  Congress, the White House and the Supreme Court.

We can argue about whether ObamaCare (a term the Republicans coined that Obama has proudly embraced) is flawed or a step in the right direction.  I’m of the half a loaf school.  But why has it generated such hostility?  One can point to the individual mandate but those who cannot pay will be heavily subsidized.  In his interview, Frank comes up with another theory based on his many years having to gauge the psychology of his constituents.  “I think he (Obama) underestimated…the sensitivity of people to what they see as an effort to make them share the health care with poor people.”

LBJ didn’t underestimate the sensitivity of white people to share the ballot box with black people. Almost half a century later that sensitivity remains.  In 2011, after Republicans swept to victory in state legislatures and governorships they immediately moved to restrict ballot access by enacting burdensome voter registration laws.

They were emboldened by the 2008 decision of the US Supreme Court upholding Indiana’s voter photo ID law.  The state could not identify a single case of voter fraud that would be prevented by requiring a photo ID but the Court ruled that the burden of proof was not on Indiana to prove there was a problem.  The burden of proof was on those who claimed changes in voter laws would impose a “significant burden”.

The Supreme Court decision applies to states not under the Voting Rights Act.  But that Act required jurisdictions with a history of suppressing minority voting to pre-clear any proposed voting regulations with the US Department of Justice.  And that law (Section 5) imposes the burden of proof on the state to prove the change would not abridge the right to vote by minorities.  The DOJ has rejected both Texas and South Carolina’s voter registration changes after concluding that Hispanic voters in Texas, for example, are at least 50 percent more likely and possibly more than twice as likely as non-Hispanic voters to lack a driver’s license or a personal state-issued photo ID, the two kinds of photo ID Texas allows.

With a Republican in the White House it is likely the Voting Rights Act will no longer be enforced.  It is even more likely the health care reform will be overturned.  If that should come to pass would it mean that LBJ and Barack Obama made a political mistake?  Should we have waited even longer to give blacks the right to vote or to move toward universal health care?