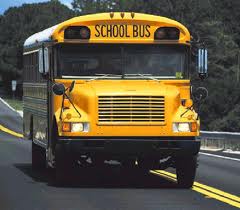 Handicapping occurs in sports to equalize the winning chances of contestants of varying abilities. Sometimes, as in horse racing, superior horses, based on past performance, are required to carry more weight.  Sometimes, as in golf, poorer players are allowed more strokes.

Unbeknownst to most of us, the competition between the public and private sectors is also handicapped.  But contrary to the popular wisdom, it is the private sector that often cannot compete without being given more strokes.

Everywhere we look this principle seems to hold true.

Despite the higher costs school districts continue to contract out.  Why? Because, to use the golf analogy, the private sector receives a handsome handicap. Back in 1970 the Pennsylvania School Code added a provision requiring the state to reimburse school districts that contract out at a higher rate.  Legislators knew the private sector couldn’t compete without a handicap.

The result is that while bus privatization costs Pennsylvania taxpayers more, the state subsidy often slightly reduces the cost to the contracting school district itself.

In 1994 the Republicans took over the House of Representatives and immediately began to privatize Medicare.  Their first step, achieved in 1997 with the support of President Clinton was Medicare+Choice.   But the Republicans made a serious tactical mistake.  They were so confident in the inherent superiority of the private sector they didn’t ask for a handicap.  Private insurers received the same amount as the service cost under Medicare.

The private sector lost the race. Badly. Private insurers began pulling out en masse. In 2000, more than 900,000 patients were dropped from the program.

No one should have been surprised.  Private insurers overhead costs-marketing, profits, etc.—dwarf those of Medicare: Slightly under 17 percent compared to about 5 percent for Medicare.  So to become competitive the private sector required at least a 12 percent handicap.

Which private insurers received when Medicare Advantage replaced Medicare+Choice in 2003. The federal government now pays private insurers on average 14 percent more than the same care would cost under traditional Medicare.

The huge subsidy allowed private insurers to compete.  Today, about 12 million older Americans are enrolled in some form of private plan, more than 22 percent of all Medicare beneficiaries. According to the Medicare Payment Advisory Commission (MedPAC), subsidies to the private sector will exceed $150 billion over 10 years.

Since taking office President Obama has argued that insurers are overpaid.  He wants to finance part of his health-care overhaul by paring their subsidies. In February the Administration announced it would be cutting the Medicare Advantage premium.

The private insurers are screaming. They need their handicap to stay in the game.

A few weeks ago, on a straight party line vote of 50 to 47 the Senate approved several amendments to the highway reauthorization bill that shed light on some of the hidden subsidies private toll roads receive.

The tax code allows a company to depreciate the cost of leased infrastructure assets over 15 years, even though the Bureau of Economic Analysis (BEA) says the useful life is 45 years. To be eligible for this deduction, the company must have constructive ownership of the assets, which occurs when a lease is longer than the highway’s useful life.  This is one reason private companies have been signing 75-99 year leases with states and cities.

No matter how long the lease, the intangible “franchise right” to collect tolls can be amortized over 15 years – even though economic reality would dictate an amortization period equal to the lease length.

The amendments, offered by Senator Jeff Bingaman (D-NM) eliminate both tax benefits.  The private company must depreciate the cost of the existing highway infrastructure over 45 years while amortizing the intangible “franchise right” to collect tolls over the entire length of the lease.

When an existing toll road is privatized, all responsibility for maintaining the road, collecting tolls, paying the investors’ profit, etc. are taken on by the private entity.  However, because such a privatized toll road continues to be a factor for federal formula funding for highways, the nation’s highway users and taxpayers are essentially continuing to pay for the road despite the fact that a state no longer has any responsibility for operating or maintaining it.  The Senate bill eliminates the lane-miles and vehicle-miles traveled (VMT) for any “privatized” toll road as a factor in the formulae used to apportion federal highway funding.

The net effect of these changes is to reduce the taxpayer subsidy private companies receive to operate toll roads.

The changes have been strongly endorsed by the trucking industry because privatizing highways generally results in higher tolls. They have been just as strongly opposed by Wall Street and law firms that stand to gain on fees from such deals.

The bill is now in the House.  Guess which side is going to win?

I believe a good argument could be made that the public sector deserves a handicap because of all the qualitative benefits public ownership brings.  I can’t imagine any serious argument justifying subsidies to the private sector.

Business Can’t Win the Privatization Game Without a Handicap