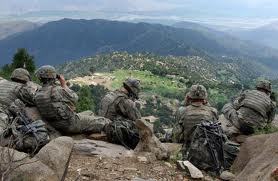 It is fitting that President Obama announced his decision to send more troops to Afghanistan on the 30th anniversary of Soviet leader Leonid Brezhnev’s decision to do the same. The two events are joined at the hip.

In 1978, the Afghan army overthrew the existing government and made the head of the country’s Communist Party president. The new government, with Soviet backing, immediately launched a modernization effort that included land reform, education and other rights for women and curbing the power of tribal chiefs and mullahs.

The United States intervened. President Jimmy Carter authorized funding guerrillas in Afghanistan. In a 1998 interview, Carter’s national security adviser, Zbigniew Brzezinski, proudly recalled, “It had the effect of drawing the Soviets into the Afghan trap.”

To fight the Soviets, we did not fuel Afghan nationalism. Instead the United States established recruitment centers all over the Islamic world. As Mahmood Mamdani, director of the Institute for African Studies in Columbia University, notes in his book “Good Muslim, Bad Muslim,” the Afghan war was “so ideologized that it was seen less and less as a national liberation struggle and more and more as an international religious crusade: a jihad.”

“The CIA looked for a Saudi prince to lead this crusade but was unable to find one,” Mamdani adds. “It settled for the next best, the son of an illustrious family closely connected to the Saudi royal house.” Namely, Osama bin Laden.

In 1989 the last Soviet troops left Afghanistan. A few years later, the Soviet Union itself collapsed. The Cold War was over. But a new war was about to begin. For at the end of 1988, Bin Laden announced the creation of a new organization, Al-Qaida.

We began to reap what we had sowed. In 2001, a Los Angeles Times investigative reporter found that the key participants in every major terrorist attack in New York, France, Saudi Arabia and other countries were veterans of the Afghan War.

Once the Soviets withdrew, U.S. interest in Afghanistan ceased. The Taliban stabilized Afghanistan under a harsh interpretation of Sharia law. The United States and Pakistan supported that effort. In return, the Taliban tried to help us capture or kill Bin Laden.

Then came 9/11. George W. Bush sent troops into Afghanistan, toppled the Taliban and set in motion the events that led to President Obama’s decision.

So here we are. Obama’s announcement will result in our having about the same number of troops in Afghanistan as the Russians. If we meet Obama’s pullout schedule, we will have been at war in Afghanistan for almost exactly the same amount of time Russia was.

We are supporting a regime far more corrupt than the Taliban yet increasingly similar in its attitude toward basic human rights.  In August President Karzai signed a bill applying sharia to the 15 percent of the population that is Shiite.  The law is not all that different from Taliban decrees in effect from 1996 to 2001. It forbids wives from either being educated or employed without the express permission of their husbands. It legalizes marital rape.

“I think this law is abhorrent,” President Obama said.  But added, “I also want people to understand that the first reason we are there is to root out al Qaeda so that they cannot attack members of the Alliance.”

As pundits weigh in on Obama’s decision, they would do well to also answer the question offered by Gary Leeup, professor of history and adjunct professor of religion at Tufts University: “Imagine what might have happened had the U.S. just stayed out of Afghan affairs from the late 1970s and allowed that experiment in secular, reformist government in a highly conservative Muslim society to take its course …”

This article was originally published in the Star Tribune. 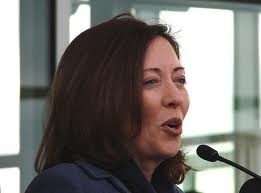