The Boston Tea Party is an iconic event in American History. Unlike today, the citizens of Boston had few options but to express in action their frustration with British Parliament policy. Today, the bulk of “actions” taken in opposition to something are done with a keyboard or touchscreen. This is perhaps why opposition to Tea Act-esque policy has failed.

Stacy Mitchell, a researcher at the Institute for Local Self-Reliance, argues that the Boston Tea Party at its core was not so much a tax, but a corporate tax loophole. “The Tea Act (passed by the British government to protect its most powerful corporation teetering on the edge of bankruptcy) created a special exemption for the British East India Company so that it could sell tea in the colonies without paying any tax. The idea was that it could undercut local tea merchants and take their business.”

Today, we’re in need of a Boston Tea Party. Not a Boston Tea Party relegated to the world of change.org, Facebook, or Twitter. We need a real, all hands on deck, history-book making movement. Only this time, it’s not a foreign government that is giving some companies the advantage. It’s our own government.

Nearly every sector of society (banking, retail, grocery, farming, etc.) has a gatekeeper. These gatekeepers are the mega-chains that set the price and distribute a majority of any given product. For example, one company now handles 40 percent of the nation’s milk supply. Similarly, Wal-Mart captures $1 out of every $4 spent on groceries in the United States.

Mitchell argues, and I agree, that this government sponsored mass movement to consolidation is inevitably bad for business and bad for the health of our communities. It’s because of this system that my money goes farther when buying cheeseburgers from McDonalds than broccoli from City Market.

Piece of Mind: We Need a Boston Tea Party

Energy Are Feed-in Tariffs a ‘Subsidy’ for a Small Gr… 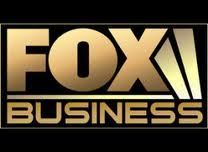 Media Coverage How to Start a Shop-Local Movement