The community solar model extends the option of clean energy ownership to those without the means or ability to put solar on their own roof. Now, an Oakland, Calif., cooperative plans to use the co-op ownership model to increase access to solar even further, by putting community solar on the roof of one of its members.

For this episode of the Local Energy Rules podcast, host John Farrell speaks with Subin DeVar, director of the community renewable energy program at the Sustainable Economies Law Center (SELC) in Oakland, Calif. SELC provides support to the People Power Solar Cooperative, where DeVar also serves as a board member. This solar cooperative completed its first project in March 2019, leveraging the democratic co-op structure to install community solar on members’ own rooftops. Farrell and DeVar discuss how the cooperative was able to navigate over legal barriers, the importance of community ownership, and the potential for this cooperative community solar model to spread nationwide.

Unlike most community solar gardens, the first community solar project of the People Power Solar Cooperative is on a residential rooftop. Installed on the home of one of the co-op’s member owners: lora jo fu – an activist in the “Keep it in the Ground” and “No Coal in Oakland” movements – the project gets its revenue from net metering credits.

The Co-op raised all of the funds for the installation through community memberships in the cooperative. This way, the member-owners get dividends on their investments, the homeowner gets bill credits, and the cooperative retains decision-making power. The Co-op’s mission is to provide community access to all of the benefits of renewable energy. To retain these benefits, community ownership was key.

DeVar stresses that empowerment is one of the most important benefits of community solar. Beyond the environmental and financial returns, people need to be a part of the decision making. They need to have a seat at the table.

One of the gaps we saw was not just there was these policy barriers, but there was really a barrier for folks to get involved in something to really feel like they were empowered and able to be agents of change in the future that they wanted to see.

Navigating the Legal and Regulatory Waters

Community ownership was integral to the People Power Solar Cooperative’s mission, but it also helped the group get around some legal barriers. Though Farrell laments his inability to be a member-owner from Minnesota, limiting the cooperative to the state of California allowed the co-op to avoid federal securities regulations.

DeVar and the SELC provided legal expertise to the co-op to navigate other California state regulations as well.

For a deeper dive on community solar energy and securities regulations, read ILSR’s 2016 Beyond Sharing report.

The Co-op did not use any tax credits or incentives to fund its first project. Instead, they used the non-profit solar installer Sun Work to save costs.

Can People Powered Solar Scale Up?

DeVar responds with a definitive yes. As he describes, the cooperative model is just the “umbrella, the framework” for community solar development. Since the project is “community based” and “movement-driven,” it is adaptable to each circumstance. The SELC encourages replication — provided the new projects maintain the community-driven vision.

Part of the work DeVar and the SELC have been doing is creating user-friendly documents, in the form of cartoons. The cartoons are still formal documents, but they are more accessible to those without legal expertise. 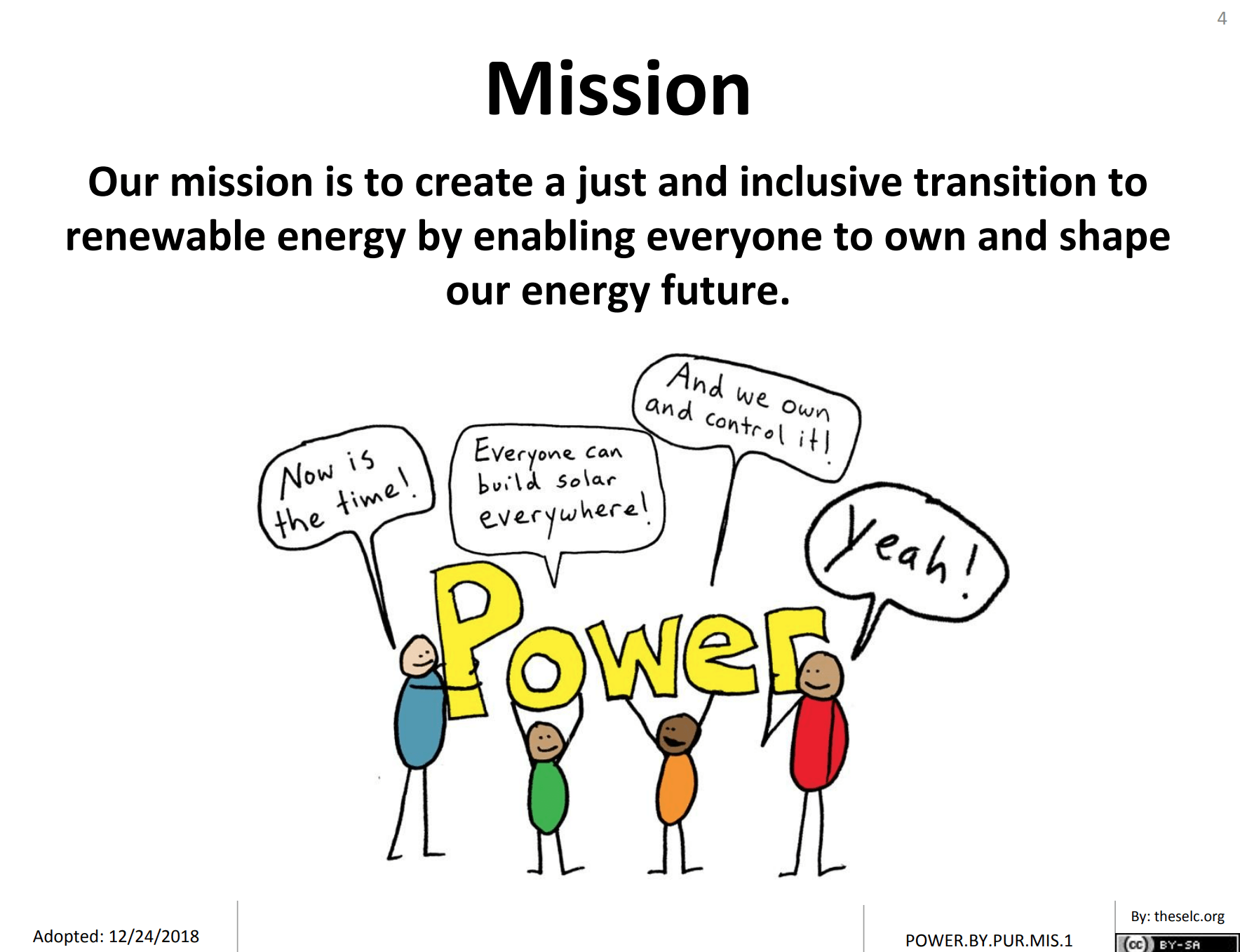 Image from the People Power Solar Cooperative bylaws, by the SELC

Though the documents are California-specific for now, DeVar hopes they can be adapted to other states and will facilitate more projects everywhere.

The Co-op’s first project was driven by community capital, but DeVar says that they are open to mission driven capital from foundations. To increase the scale of the movement, advocates may need this kind of help. However, if foundations wish to get involved, DeVar says it will be under the assumption that the community retains decision-making power. Investment must be “non-extractive” and allow for community self-determination.

Creating a structure and creating documents in a model that really allows people to take action themselves, to self-organize, that really allows more access to marginalized communities, is core and important to this model. And I feel very strongly that it’s important to expanding equitable approaches to renewable energy in every state.

Where the Movement is Headed

DeVar looks up to their intersectional approach: the movement looks beyond decarbonization. Members understand that to build a better future, they must also combat the economic and social issues that stem from the energy industry.

They’re a generation that really looks at energy from an intersectional lens, so they haven’t modeled out, let’s address energy in such a way that’s just about decarbonizing as fast as we can. Rather instead, they’re considering this from a perspective of, well, there’s an interplay of different social economic issues that play out in terms of the harms that folks have seen from the current energy economy, and the benefits that they might see in the future.

This is the 94th episode of Local Energy Rules, an ILSR podcast with Energy Democracy Director John Farrell, which shares powerful stories of successful local renewable energy and exposes the policy and practical barriers to its expansion. 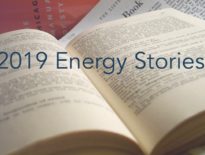