This article was originally published on GovTech.com. Read the original here.

The southwest corner of New Hampshire will be blanketed with Fiber-to-the-Home (FTTH) networks over the next two years, as over 20 communities are drawing up plans to enter into public-private partnerships to boost high-speed Internet access in the Granite State.

Fitzwilliam, Marlborough, Gilsum, and Troy voted in March to issue bonds through the New Hampshire Municipal Bond Bank to construct fiber networks; while Greenfield, Jaffrey, Marlow, Roxbury, Keene, Peterborough, and Temple, delayed by the pandemic, have been voting in support of FTTH agreements throughout April, May and June.

Consolidated is expanding its fiber mileage across southwestern New Hampshire at an increased pace. The ISP has nearly completed construction of FTTH networks in Dublin, Harrisville, Rindge, Westmoreland, and Walpole, five Cheshire County towns which voted to bond last year. Upon finishing construction of the most recent project service agreements, which are expected to be complete by the end of 2021, Consolidated will have upgraded an additional 16,000 residents to Internet speeds of up to 1 Gigabit per second.

“Consolidated has really made a tremendous effort and

commitment to working with towns that want to do this,” said Tim Wessels, a Rindge Teltech Committee Member, in an interview. “The company is doing a lot of the legwork. They see the writing on the wall, their future is not in DSL networks in northern New England.”

Though there are some exceptions, the project service agreements for the towns voting to bond this Spring will largely mirror the contracts Consolidated finalized last year with the towns of Dublin, Harrisville, Rindge, Walpole, and Westmoreland.

Towns voting to issue municipal bonds will execute a 20-year contract under which they own the fiber network and Consolidated maintains, operates, and monitors the network. When the 20-year contract ends, each town will be able to renew the contract with Consolidated or request bids for a new network operator. Contractually, Consolidated has to complete these builds within 24 months.

To finance the town’s bond payments, Consolidated will charge every subscriber a monthly infrastructure fee based on how many miles of fiber will be needed in the towns and how many residents are projected to subscribe to the company’s broadband service. Funds accrued from subscriber fees will be kept in a separate fund and released thirty days before the town’s annual bond payment is due. This method doesn’t raise local property taxes and subscribers only pay the infrastructure fee if they choose to take the service.

Consolidated has been willing to throw skin in the game, in the past. In previous agreements, if there was an insufficient number of subscribers making payments to cover costs at the time the town’s bond payment was due, Consolidated was contractually bound to make up the difference between the amount owed in the bond payment and amount collected in the infrastructure fee fund. The company also formerly agreed to extend fiber at their own expense when partnered towns construct new roads. Installations have been free in the past, and many towns plan to waive this fee in forthcoming fiber projects.

The fact that contracts give Consolidated sole ISP rights to the new networks may leave subscribers and municipalities in the Monadnock region with less power to advocate for affordable pricing. With that said, Consolidated is taking on some risk in guaranteeing to pay town’s principal interest payments due to the Municipal Bond Bank and the ISP will have to make a case for renewal after 20 years.

The towns of Sullivan and Peterborough are taking slightly different paths to better broadband than neighboring communities. Sullivan opted to partner with FiberCast, a local ISP, to build a Fiber-to-the-Home network. Peterborough voted to contract with Consolidated, but the town will not be issuing a municipal bond.

To construct Sullivan’s fiber network, the town will issue a bond which will be paid off through service fees charged to network subscribers. The town will follow the “Chesterfield” model, under which a private ISP runs and maintains the network with a 20-year contract. Upon completion, FiberCast will own the network. If enough subscribers do not take to the network it will not affect the town, but is instead the business risk of FiberCast, who contractually has to pay the difference. The biggest concern for Sullivan in bonding is the private ISP filing for bankruptcy. If that happens the town will acquire the network and solicit bids to a new provider to manage the network. The town of Sullivan is seeking insurance policies to protect the town in the event of FiberCast filing for bankruptcy. Peterborough already has over 37 miles of fiber optic cable within town limits from a FairPoint Communications build in 2016, which Consolidated now owns. The town voted to extend high-speed fiber Internet to the 20 percent of town residents who are currently unserved by the service. The cost of Peterborough’s proposed project is $262,288. This is low enough that it will not require issuing debt, saving the town from having to pay interest.

“The cost of wiring 20 percent of the town’s residences was low enough that the town could absorb it without taking on the long-term debt of a bond,” Karen Hatcher, Peterborough’s Community and Economic Development Coordinator told the Monadnock Ledger-Transcipt. “The proposal before voters specifies that users of the fiber Internet installs would be paying the installation costs back to the town over time via an $8.50 user fee.”

In an email, Jeff McIver, Manager of Consumer Product for Consolidated, wrote that “Consolidated has accelerated RDOF investment ahead of FCC funding in two locations as a way to lower the overall cost burden for the town.”  Referring to Peterborough, McIver said “we will be building fiber in the ‘served’ areas on our own dime, so those that live in the served areas will also have an opportunity to be on the new fiber network.”

There will likely be more exceptions to what has been a fairly consistent partnership model in the future. According to McIver, Consolidated is “in discussion with some towns to fund through different means, but none have yet approved a model that funds the fiber expansion.”

New Hampshire’s unserved towns did not have a solution to the lack of adequate Internet service until S.B. 170 was signed into law in 2018, allowing municipal governments to bond in order to build broadband infrastructure in places not served by commercial Internet Service Providers (ISPs).

Though the public-private partnership model seems to be serving Cheshire County well, New Hampshire’s municipalities are also able to explore a variety of regional models for broadband improvement thanks to H.B. 1111, legislation passed last year allowing for the creation of Communications Districts (CDs). Carroll County, located in the northern region of the state, is likely to be the first to form a county-wide CD.

In an interview, Tim Wessels weighed the pros and cons of the CD model. Although Communications Union Districts have proven to be an effective approach for the state of Vermont, Wessels believes they are a “long-haul proposition” for New Hampshire, as communities would have to form an organization, elect officers, decide what approach to take, solicit proposals from third-parties and pick up funding along the way. Wessels believes sticking with Consolidated would be a faster way to connect residents in the state.

“CDs are a slow go. I think those propositions are 2-to-4 year obligations, while private-public partnerships with Consolidated are at most a 2-year proposition from the time you send out the proposition to customers getting connected,” said Wessels. “In the COVID-era, faster is better.”

Though the public-private partnership model may be a faster approach, the trade-off is that it may not elevate the voices of subscribers in the way CDs would.

Consolidated’s acquisition of FairPoint Communications, the regional incumbent copper provider, is what allows the company’s work to move so quickly. The ISP already has rights to attach to the utility poles they acquired from FairPoint, as well as many of the poles owned by New Hampshire’s electric utilities. In most cases, the company can simply overlash existing copper lines with fiber.

Very large incumbent providers like Consolidated have historically been frosty to partnerships where the community controls the fiber. However, Lumen (until recently called CenturyLink) has also broken ranks, partnering with Springfield, Missouri on muni fiber, where it is going head to head in competition with AT&T. 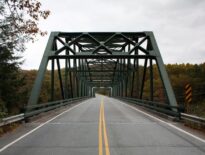 MuniNetworks A Promising Model for Expanding Internet Access in… 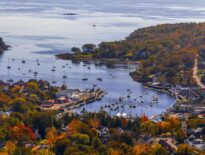