The Institute for Local Self-Reliance has worked to address these issues since its founding.  We focused not simply on pollution prevention, but rather we articulated how communities could increase local capacity and stimulate economic development through the efficient use and reuse of local resources.  ILSR’s research and analyses identified rules, policies, and programs that could be implemented at the local level to increase recycling and recovery rates and reduce solid waste management costs.  We forecasted that viable secondary materials economies could be created and sustained at the local level, thereby creating (paying) markets for collected recyclables, a new source of income for local governments (particularly public works departments), new enterprises (often established as joint ventures with community organizations), and new training and employment opportunities.

Three decades later, the proof of our perspective can be seen in communities and businesses throughout the U.S.  In South Central and East Los Angeles, ILSR helped create community organizations; established a comprehensive, mandatory recycling program; developed public-private partnerships; and facilitated the creation of eight locally-owned, self-sustaining businesses that employ 400 local residents.  In Chicago, we worked directly with community groups and activists to shut down an old incinerator and prevent the construction of a new one, and introduced a recycling program which has 400 unionized employees.

Our early work illustrated the environmental and economic benefits of recycling. In cities like Chicago, Los Angeles, and Philadelphia, we helped citizens fight the incinerators and landfills that polluted their air and water, attracted rodents, and drove down property prices in the predominantly low-income and minority areas where waste facilities traditionally are sited. We conducted research, and provided officials with data that demonstrated how recycling reduces the need for these waste disposal facilities, and reduces waste management costs.

As processing and remanufacturing techniques advanced, ILSR articulated – and, through pilot projects, demonstrated – the economic benefits of a ”closed-loop” system. Then we put theory to practice, helping communities attract ”end-users,” pioneering innovative business structures such as joint ventures between entrepreneurs and community development organizations (CDOs), so that commercial growth benefits not just the home office, but the hometown.

In 2010, ILSR worked with Alachua County, FL, to establish their 40-acre Resource Recovery Park.  Today, cities, counties and private firms are building industrial parks exclusively for recycling, composting and reuse enterprises. By 2000, U.S. recycling industries included more than 56,000 public and private sector facilities that sustained 1.1 million jobs and had $236 billion in gross annual sales.  By comparison, in 1967, the U.S. recycling industries consisted of approximately 8,000 companies that employed 79,000 people and had $4.6 billion in sales. Our work continues as large companies continue to pursue status quo waste management strategies that do little to protect the environment or create meaningful employment.

The Waste to Wealth program works with activists, policymakers and businesses to reduce waste generation and maximize the reuse, recovery and remanufacturing of these materials and their associated products.  It seeks to convert wastes from environmental and economic liabilities to valuable resources that create livable jobs and provide community development opportunities. ILSR’s Waste to Wealth program has helped communities across the country create policies and practices that simultaneously address citizens’ environmental concerns and economic needs. 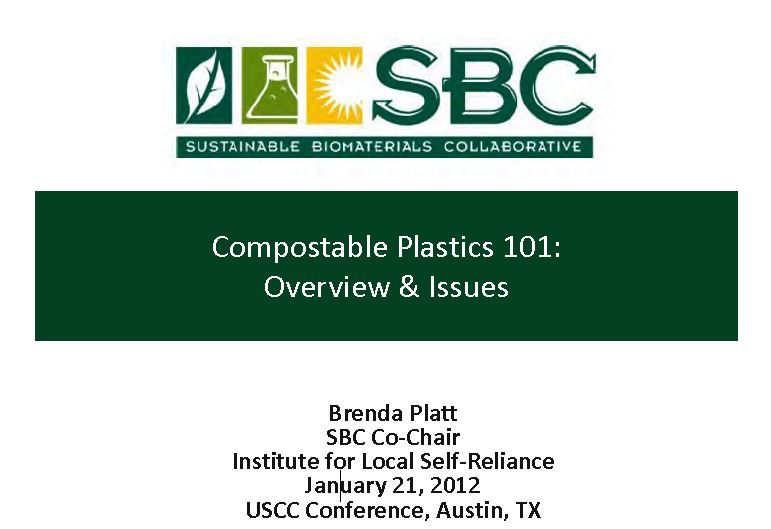