Over the summer, Oregon took a second swing at revising its state Universal Service Fund program by passing SB 1603, a bill which will create a larger rural broadband development fund by including retail wireless and VoIP service (in addition to traditional telephone service) in the fees it collects to bring basic connectivity services to unconnected parts of the state. The new law lowers the current tax rate on telecommunications service provider’s gross revenue (from 8.5% to 6%) but dramatically broadens the collection base, which will bring in needed dollars to expand broadband access to state residents without it in coming years. The move comes on the heels of the state’s move to establish a Broadband Office in 2018 to “to promote access to broadband services for all Oregonians in order to improve the economy and quality of life.”

SB 1603, which passed the state legislature on June 26 and was signed into law on July 7, directs the Oregon Business Development Department  (OBDD) to transfer up to $5 million of the funds collected each year to a broadband fund for rural development projects, administered by the OBDD. While the amount that will be collected remains unknown at the moment, it will no doubt represent a significant boost: the current mechanism for funding rural information infrastructure projects — the Rural Broadband Capacity Pilot Program — received 25 applications for almost $5 million in requested funding, but was only able to grant $500,000, or 10%. SB 1603 caps the money to be collected by the Oregon Universal Service Fund at $28 million annually.

As a result of SB1603, Oregonians can expect the average cell phone bill would go up by about $4 a year, and those with landline telephone service will see an annual decrease of $12 a year. Some VoIP providers had contributed willingly prior to the bill — that voluntary opt-in is removed.

The bill saw support by urban and suburban Democrats, and was opposed by rural Republicans. It was introduced by Senator Courtney and co-sponsored by Senator Monnes Anderson, and Representatives Keny-Guyer, Marsh, McLain, Mitchell, Nosse, Schouten, Sollman, Wilde, Williams.

The fight to reform the national University Service Fund is one that has gone on for years, with advocacy groups and opponents clashing over its size, privacy concerns, data caps, eligibility, and a host of other issues. A previous attempt in Oregon died last year after Republicans staged a walk out near the end of the legislative session, and at the time sponsors were unsure if they were going to try again. In part because of the onset of the coronavirus this past spring, the bill was resurrected. Representative Pam Marsh said of its importance:

The coronavirus crisis has demonstrated beyond doubt that broadband is vital for our social, economic and physical health.

Oregon created its universal service fund in 1999 to “support local telephone companies to ensure that basic telephone service is available at reasonable and affordable rates in higher-cost rural areas throughout the state,” and revising it to target broadband service makes sense. The larger pot of funds will also come in handy. More than 200,000 in the Beaver State lack access to broadband at speeds of 25/3 Megabits per second (Mbps), mostly in rural areas (see map). Almost 10% the state’s rural population is underserved or unserved, lacking access to even 25/3Mbps service. Competition remains a problem as well, with a host of communities served by only one provider. 3.1 % of the population is stuck on DSL, and an additional 1.5% are completely disconnected, with one recent study commissioned by the Broadband Office finding that the majority of those on DSL and satellite connections were deeply unsatisfied with their level of connectivity. From the same study:

The National Regulatory Research Institute has found that during the period from 2014-2017, state universal service funds declined by about 8% across the nation. With the passage of SB 1603 Oregon joins a handful of other states in expanding the group of those service providers from which collects fees and committing additional resources to its information infrastructure in the future. 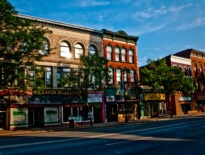 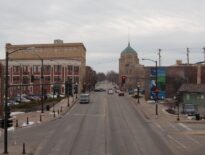