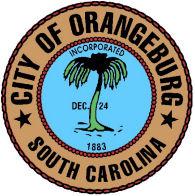 Orangeburg County, South Carolina, received $18.65 million in broadband stimulus funds for high-speed broadband (which we previously noted). Unfortunately, AT&T and its friends at ALEC have since pushed through a state law to limit local authority in building networks.

According to the Broadband Adoption Map from the Investigative Reporting Workshop of the American University School of Communication, Orangeburg County has a broadband adoption rate of 20-40% as compared to the national rate of 60%.

Not only has AT&T refused to invest in modern networks in much of South Carolina, it is not even bothering to accept a federal subsidy that would underwrite some of that cost. Which is actually good for the rest of us, because subsidizing any AT&T activities is a very poor use of taxpayer dollars.

But Orangeburg is moving forward on its own. The Orangeburg County Council approved a $2.4 million contract with Edwards Telecommunications to complete the third phase of their project. This phase alone will use 171 miles of fiber and add 902 households to the network. Two more phases are scheduled before the entire project is complete.

According to a Gene Zaleski Times and Democrat article:

In 2010, after receiving the award, the County expressed their optimism in a Phil Sarta article in the Times Democrat:

[County Administrator Bill] Clark said broadband capability will be extended to 3,700-3,800 households and roughly 90 businesses. The project area includes the Orangeburg City-County Industrial Park at Interstate 26 and U.S. 301, the I-95/I-26 interchange and other key I-26 exits where water and wastewater lines are being developed.

At that time, Clark also expressed the frustration shared by many rural areas:

"If some of these other providers had a desire to serve these rural areas, they would have already been doing it," Clark said. "We are entering the broadband business because third-party providers are reluctant to provide the service."

While AT&T may be reluctant to provide service, they are not all reluctant to restrict Orangeburg County from building it for themselves. No surprises here - AT&T is in the business of monetizing scarcity, not providing a valuable service.

MuniNetworks Harold Feld Examines The Meaning Behind The Verizo…