Every week we write about the municipalities and the cooperatives that come together to bring high-quality, affordable, locally accountable Internet access to those who need it most. And it seems as if we’re at a watershed moment as a nation: community solutions to broadband are poised to have their big day.

One of the big questions that remains is who Congress and the White House will listen to in the coming weeks and months as national legislation moves through the D.C. crucible: their constituents, many of whom have spent the past year struggling to work and live on too-expensive, too-slow, or nonexistent broadband connections forged by a broken marketplace, or the monopoly ISPs gearing up for the fight of their lives to snuff out even the specter of competition so they can continue to extract profits from cities and towns large and small across the country.

ILSR Senior Reporter, Researcher, and Editor Sean Gonsalves and Community Broadband Networks Director Christopher Mitchell have an essay out in The American Prospect which outlines both the upcoming fight and the future at stake, as the Biden Administration’s American Jobs Plan positions itself to return a level of parity to local solutions in expanding broadband access and promote competition.

Read an excerpt below, but check out the whole piece here:

Today, Internet access has been largely monopolized by a few big cable companies, even as voice and television services have become more competitive. Government officials have generally responded by seeking to remove barriers to competition, rather than embracing more deliberate pro-competition policies to better shape the markets. But that may be coming to an end.

When President Biden announced his plans for broadband in the American Jobs Plan currently being crafted, he declared his intention to end all that malarkey . . . Taking a page from FDR’s stunningly successful electrification effort that centered on cooperatives, Biden has centered nonprofit municipal and cooperative business models in his plan to both connect rural areas and bring competition to areas stuck with monopolies. This would spur investment and competition in a public-policy area that monopolists have long controlled.

The big fight now is in Congress and the White House. Democrats in D.C. appear ready for a showdown with the big telecom monopolies, while Republicans appear ready to push against efforts to actually create real broadband competition while defying the support of their base for local decision-making.

The Democrats will have to remain fully united against an extremely powerful monopoly telecom lobby to move this agenda forward. Prior to COVID-19, it would have been hard to imagine that happening. But state and local governments are much less afraid of one of the least popular industries in America. Perhaps Congress is next. 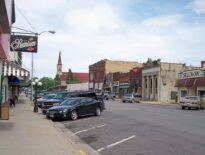 MuniNetworks How Long Prairie, Minnesota and a Local Cooperativ… 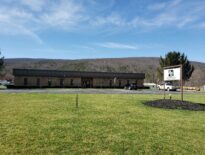