WASHINGTON, DC – Stacy Mitchell, co-director at the Institute for Local Self-Reliance, reflected today on Twitter recognizing the one-year anniversary of President Biden’s Executive Order promoting competition. In the thread, she recalled the President’s speech at the signing where he “sharply repudiated 40 years of federal policy that favored bigness and overlooked the harm monopoly power can inflict on working people, small businesses, and communities.”

Mitchell pointed to the influence of the Chicago School ideology that, “had not only enfeebled antitrust (via the consumer welfare standard) but also infused much of federal policy with a bias in favor of big business.” She went on to acknowledge that this ideology began with President Reagan but continued under Presidents Clinton and Obama.

“Biden’s repudiation of this 40-year ideology was a major milestone in the anti-monopoly movement,” Mitchell said.

In her remarks, Mitchell notes the significant progress made in the past year on antitrust issues at the Federal Trade Commission, Antitrust Division of the DOJ, Consumer Financial Protection Bureau, and the Treasury. Some of the other federal agencies, however, have shown more mixed results. “This mixed progress is a reminder of how embedded the “bigger is better” ideology is across the federal government (and at the state and city level too),” Mitchell said. “We need to see swifter and more decisive action in the coming months and years.”

Mitchell closes with a reminder that the work of creating a more competitive environment is not the sole responsibility of the executive branch, calling on Senator Schumer to bring the bipartisan American Innovation and Choice Online Act and the Open App Markets Act to the Senate floor for a vote.

“But while we need more action,” she then says, “it’s also worth celebrating what Biden did in that speech a year ago. Chicago School ideology will never recover.

“The question now is whether we’ll succeed in replacing it with a better framework — one that builds a more productive, resilient and equitable economy, and rescues American liberty and democracy from concentrated power.” 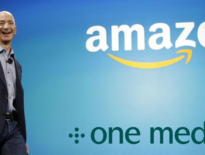 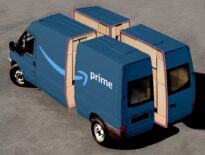 Retail MarketWatch (Opinion): Prime Day is here — and i…
Sign Up for the Hometown Advantage Newsletter