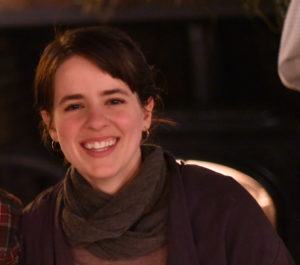 Olivia’s reports and articles reach wide audiences, spur grassroots action, and influence policymakers. As an advocate for strong local economies, Olivia has produced work such as the report Affordable Space, which offers a concrete guide to why and how to create a built environment that’s hospitable to locally owned businesses. The report has sparked and shaped news coverage, as well as led to speaking engagements with public officials and others in the U.S. and Canada.

Olivia has also been on the forefront of raising the alarm about the impacts of Amazon’s increasing market power, and she co-authored ILSR’s widely-read report, Amazon’s Stranglehold. Olivia’s other work includes an investigation into a big-box retail tax evasion tactic that contributed to legislative proposals in several states, a guide to community ownership of commercial buildings that has sparked grassroots initiatives, and a report that helped defeat a Walmart-funded referendum aimed at overturning a local ownership law in North Dakota.

Before her time at ILSR, Olivia worked as a staff writer at the alt-weekly paper City Pages, and as an intern with the Institute for Agriculture and Trade Policy. She holds a B.S. in journalism from Northwestern University, and her reporting and writing have won national recognition, including the 2014 “Media for a Just Society” award.

Olivia now lives in Burlington, Vt., supporting community economic development with the City of Burlington, by way of Portland, Me., Minneapolis, and New York. Outside of work, she likes going on bicycle trips and trying to learn to play the fiddle. Reach Olivia on Twitter at @olavecchia.