As our technology gets smarter, will our strategies for electric grid management keep up?

For this episode of the Local Energy Rules podcast, host John Farrell speaks with Cisco DeVries, CEO of OhmConnect. OhmConnect tracks its California customers’ energy use and rewards them for saving energy when the electric grid is under stress. Farrell and DeVries discuss OhmConnect’s innovative approach to demand response, the 550 megawatt Resi-Station “virtual power plant,” and the potential for a similar approach across the nation.

OhmConnect: “Save Energy. Get Paid.”

Cisco DeVries has worked at all levels of government, starting with an appointment at the Department of Energy under President George Clinton. In this role, DeVries was tasked with upgrading refrigerator standards. While he says that this assignment wasn’t the “rip roaring new, cool stuff [he] wanted as a newly-minted appointee,” DeVries came to understand the value of energy efficiency.

It was kind of a wake-up call to the small, boring, under the hood stuff that really makes a huge difference in the energy world.

Demand response has traditionally been dependent upon electric customers turning off devices and appliances in the home. Now, OhmConnect is proposing we take demand response to new heights: coordinating neighborhoods to create a “virtual power plant” of load reduction.

There are two components to OhmConnect’s work, says DeVries. The first is behavioral: getting people to think about their energy use and change their behavior accordingly. So the best way to do that? According to DeVries, you pay them. Making load reduction a game with a reward at the end makes customers excited to participate.

The second key component to customer-focused load reduction is the technology.

I think too often, people start from the idea of ‘what does the energy world need’ and not ‘what does a customer need to do this?’

As DeVries describes, the electric grid does not care whether its needs are met through supply or demand — it just requires equilibrium. This is where Resi-Station comes in. Resi-Station will help the California grid operator (CAISO) reach equilibrium by decreasing the demand of participating households.

OhmConnect calls Resi-Station, where ‘Resi’ is short for residential, “North America’s largest distributed clean power plant.” It is the conglomeration of hundreds of thousands of energy customers in California. These customers work together “like a symphony,” says DeVries, to provide up to 550 megawatts of power.

How can we make demand dispatchable, predictable and reliable?

It has taken some time for the technology to catch up with the ambitions of demand response, but DeVries believes that the moment has arrived. Because of smart meters, OhmConnect knows how much energy a customer uses, how much the customer could reduce their energy use, and whether they have successfully cut their consumption. If the customer reaches OhmConnect’s reduction target, they get paid.

Read our 2020 report about the unprecedented opportunity to tap the many sources of controllable electricity demand in homes and businesses.

California is one of the nine states that allow community choice energy, a process in which communities aggregate and choose their own energy supply. DeVries says that these existing energy-engaged communities have helped OhmConnect spread so rapidly in the state.

Communities get more from demand response when more residents join in. If participation in the program is high enough, it could be possible to turn off a polluting power plant in the area. Plus, the OhmConnect program includes those who haven’t previously engaged with clean energy.

DeVries says that 40 percent of OhmConnect customers are low-income households. Because of the financial benefit in the near term, customers can see how smart devices and clean energy are economically beneficial and see that the clean energy transition is for everyone.

We need to make sure we democratize this transition and OhmConnect is really trying to provide a way that the economic benefits of clean energy get out to everybody.

Can it be Done Outside California?

OhmConnect’s service is only available in California, but it could be done anywhere.

Federal regulations already require demand response, though DeVries says that the regulatory environment everywhere could use improvements. Smart meters, another crucial piece of OhmConnect service, are installed in about 60 percent of homes nationwide.

Another option is to do OhmConnect-style demand response in partnership with the utility. DeVries says that he is currently working with Origin Energy in Australia.

There’s lots of great opportunities to take the California Resi-Station model and actually do it better in some of these other communities.

This is episode 126 of Local Energy Rules, an ILSR podcast with Energy Democracy Director John Farrell, which shares powerful stories of successful local renewable energy and exposes the policy and practical barriers to its expansion. 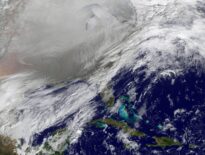 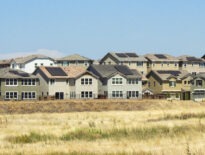