Most residents and businesses in Oconee County, South Carolina, used dial-up connections when county officials applied for stimulus funding in 2010; there were still people in the county with no Internet access at all. A few had DSL connections, but even county facilities struggled with antiquated infrastructure. After an AT&T attack upended their plan to offer retail services, they pressed on and improved connectivity in the rural community. Powerful incumbent forces and a bad state law, however, eventually led this community to choose privatization.

We spoke with Kim Wilbanks, who served as Project Manager for Oconee FOCUS, the 240-mile fiber optic publicly owned network. She worked with a small team of people that applied for funding through the American Recovery and Reinvestment Act (ARRA) to obtain funds for the project. Wilbanks and former FOCUS Director Mike Powell were instrumental in establishing the infrastructure. The Wilbanks family used dial-up Internet access until 2010 when AT&T finally installed DSL on her street on the edge of town in the mostly rural county.

The mountains and hills across the county’s 674 square miles create a terrain that is speckled with man-made lakes. Fishing, water skiing, and sailing are popular and the lakes and waterfalls contribute to the region’s hydroelectric energy. Approximately 75,000 people live in Oconee County scattered within many of the small rural communities. The largest city’s population is only about 8,000.

Oconee County’s rural environment with a sparse population, sluggish economic growth, and high number of unserved and underserved premises, was the type of region where stimulus funds helped jump start projects. When the county received a grant in the second round of awards in the summer of 2010 for $9.6 million, officials at the county planned to connect community anchor institutions and municipal and county facilities first. They planned to later expand and bring businesses and residents better Internet access. The county matched the federal grant with $4.7 million to deploy the $14.3 million fiber optic infrastructure. After the RFP process, they were able to start construction in early 2011. By the end of 2013, they had finished construction; by 2014 six providers offered services via the publicly owned fiber infrastructure in the northwest corner of the state. It was obvious that the community was eager to connect to high-quality Internet access.

Problems From The Incumbent

In 2011 and 2012, AT&T sent its many lobbyists to South Carolina to try to stop Oconee County and any other community that might have considered improving their local connectivity through publicly owned infrastructure. When AT&T lobbyists convinced state legislators to pass H3508 in 2012, county officials had to change their business model to avoid running afoul of the law. They had planned on operating as a utility and offering retail services to the general public, but after the bill passed, Oconee was forced to operate as a wholesale only model.

The bill changed the future of the network. In addition to bringing connectivity for municipal and county facilities up to date and providing better connections for CAIs, residents, and businesses, county officials hoped that the network would provide a future steady revenue stream. Because incumbents were not offering DSL instead of the kind of Internet access people in Oconee County wanted, community leaders knew that people in the region would sign up for fast, affordable, reliable connectivity from FOCUS.

Once H3508 passed, and the county had to reassess and come to terms with changes imposed on them by the state legislature. They entered into contracts with local ISPs that wanted to offer services via the fiber infrastructure, but the revenue they obtained from small local companies would never match what they had hoped to draw as a broadband utility working directly with the public. It became increasingly difficult to cover operating costs under the wholesale-only model and county officials considered selling the network.

In the late 2015, county officials decided to release a Request for Proposals (RFP) to find an operator and potential future buyer for the network. The county had designated two staff to manage the project and, as Kim described, county officials felt it didn’t have the resources to dedicate to continued operation of the growing network. She and her colleague Mike Powell had worked to manage the project and had taken on managing the finished network. County officials released the RFP in January 2016 and received three responses.

Oconee County accepted a proposal from OneTone Telecom that Kim describes as a “lease to buy.” In keeping with one of the stipulations that accompany federally funded Internet infrastructure, the county must retain ownership of the asset for its “useful life.” In August 2016, Oconee County entered into an agreement with OneTone to exclusively lease the network to the provider for 20 years at the end of which time OneTone would purchase the infrastructure. Over the course of the lease, OneTone will pay $6.3 million to Oconee County. As part of the agreement, OneTone will continue to bring 10 Gbps wide area network (WAN) connectivity to the school district so connections between facilities are fast and reliable. The schools will also retain their 1 Gbps Internet access; there will be no increase rates during the 20-year term unless the school requests an increase in services.

OneTone has also agreed to invest in expansion and marketing to make residents and businesses aware that Fiber-to-the-Home (FTTH) is available. They’ve also agreed to invest in fiber deployment and additional infrastructure to attract carrier-to-carrier arrangements, redundancy, and to attract large institutions such as hospitals and colleges. They’ve also agreed to a right of first refusal for the county that includes both the existing fiber assets and new infrastructure that they will deploy during the course of the lease.

Looking At The Positives

Improving access to broadband and creating economic development opportunities in the rural county were the drivers behind the project. Even though the county will eventually privatize the network, Wilbanks feels satisfied that she and Powell have established a foundation to achieve their goal:

“The whole point of doing this was to make this county better,” says Wilbanks, “It wasn’t to have fiber to my house. It wasn’t for me…It wasn’t for just this county building. We were so far behind the world. There are places across the seas that have better Internet than Oconee County. It’s kind of a bittersweet thing…To me, it’s a good thing because it will continue to do what we intended for it to do.”

Powell has stayed with the project, having left the county to work with OneTone to manage the network. Wilbanks feels better knowing that the network she worked so hard to establish is still in the hands of someone she trusts.

State Law Wrench In The Works

South Carolina’s state law impinging on local authority and championed by incumbent AT&T severely limited Oconee County’s opportunities. In Utah, iProvo and UTOPIA have contended with similar restrictions. UTOPIA has flourished after a few difficult years, but Provo also chose to privatize their infrastructure with a sale to Google Fiber. These state laws that preserve an anti-competitive environment for AT&T, Comcast, and other national incumbents handicap efforts to raise up local communities. The harmful H3508 required county officials to reorganize their plans but they still brought high-quality connections to unserved and underserved areas of the county. If they had not been hampered by lobbyists’ endeavors, Oconee County could have achieved even more.

While poor laws in their state may be pushing them to privatize, Wilbanks, Powell, and Oconee County have created a foundation for better connectivity in the rural community. After working on the FOCUS project, Wilbanks learned how critical her role was in improving life in Oconee County.

“People laugh at me when I say this, but once you get into this business you realize, people would rather have Internet than they would power or water. When there’s a storm or anything that goes through they couldn’t care less about power as long as they have their laptop charged, their phones charged, and…they want to know when their Internet is coming back up.”

Image of the Oconee County Courthouse by Darkspots (Own work) [Public domain], via Wikimedia Commons. 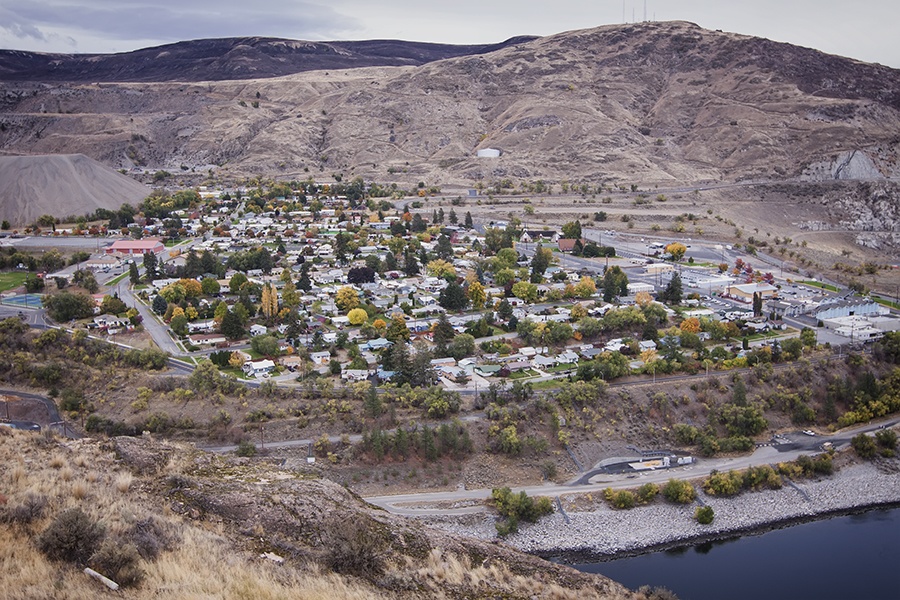