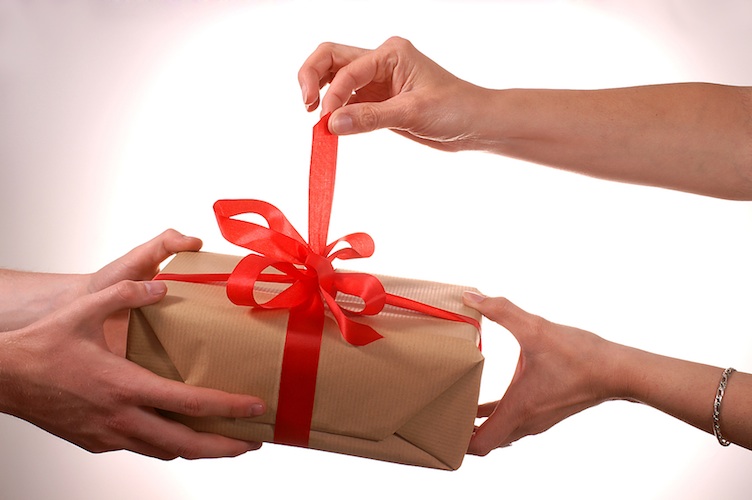 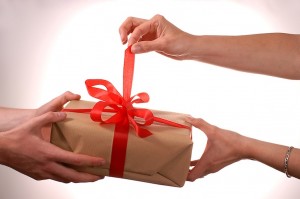 This is the giving season and we Americans are prodigious givers.  Nearly two thirds of us donate to charities each year.  This year we will send more than $225 billion to charities.  More than a quarter of this giving will occur in December.

Those are the bare facts.  But this year, when the stark divide between the 1% and the 99% has begun to inform our thinking and our approach, it might be instructive to examine the world of giving through that lens.

Unsurprisingly, the 99% are much more generous than the 1%.  Households earning less than $25,000 give away twice as much as richer households as a fraction of their income.  The disparity is even greater given that many if not most of the 99% do not itemize their tax returns and therefore do not take a tax deduction for charitable contributions.

To discover what motivates giving Paul K, Piff, a PhD candidate in social psychology at University of California carried out a series of experiments.  He discovered that people earning $15,000 or less are more generous, charitable, trusting and helpful to others than those earning more than $150,000.

The 99% tend to give primarily to their church.  Giving by the 1%, on the other hand, according to Judith Warner writing in the New York Times “was mostly directed to other causes—cultural institutions, for example, or their alma maters—which often came with the not-inconsequential payoff of enhancing the donor’s status among his or her peers.”

Indeed, empathy and compassion seem in short supply among the 1%.  Piff comments, “wealth seems to buffer people from attending to the needs of others”.   Which, as Warner notes, affirms economist Frank Levy’s observation in his 1999 book about the new inequality–The New Dollars and Dreams:  American Incomes and Economic Change.  “The welfare state rests on enlightened self-interest in which people can look at beneficiaries and reasonable say, ‘There for the grace of God…’  As income differences widen, this statement rings less true.”

We should bear in mind that what is reported as charitable giving by the 1% significantly overstates the actual private sacrifice, as economist Uwe E. Reinhardt points out.  If the wealthy donate $10,000 to charity and are in the combined 50% federal, state and local tax bracket then their effective sacrifice is $5,000 and society as a whole, without its advice and consent, subsidizes the rest.

Foundations and the Public Good

Much of the giving by the very wealthy is done through foundations.  Foundations account for about 13% of all charitable giving, about $40 billion a year.  Foundations may help the needy but they rarely advocate for them. “At a time when America is having a debate about the social contract, philanthropy is silent,”  Emmett D. Carson, president of the Silicon Valley Community Foundation recently told the New York Times. “We are silent about the depths of the problems of homelessness, joblessness, foreclosure, hunger, and people are starting to believe that philanthropy is irrelevant to the core needs of their communities.”

While most Foundations do not engage in campaigns to expand policies that extend a helping hand to our neighbors, a growing number are engaging in campaigns whose result may be the opposite.  This movement may have begun in the early 1980s when William Simon, former Secretary of the Treasury under Presidents Nixon and Ford and principal in leveraged buyout and private equity firms and the President of the Olin Foundation joined with others to start the Philanthropy Roundtable.

In his 1978 book, A Time for Truth, Simon declared, “Most private funds … flow ceaselessly to the very institutions which are philosophically committed to the destruction of capitalism. … [T]he great corporations of America sustain the major universities, with no regard for the content of their teachings [and sustain] the major foundations, which nurture the most destructive egalitarian trends.”

The Philanthropy Roundtable was established to channel the contributions of the 1% in more self-serving directions.

In 2011 the Roundtable awarded the William E. Simon Prize for Philanthropic Leadership to Charles G. Koch.  In 2008 Koch, or rather the Charles G. Koch Charitable Foundation entered into an agreement with Florida State University to provide millions for the school’s economics department.  The catch, according to the St. Petersburg Times was that Koch would have the authority to approve who ultimately filled the positions. Moreover, the professors it approves must be hired with tenure and FSU must continue to support them for at least four years past the period in which Koch had promised funding

Just to be clear here.  The public is subsidizing possibly to the tune of 50 percent charitable contributions to a public university that give control to a private person to hire professors who will teach what may be a required course that will educate the students about the evils of government.

In the last few years a growing number of billionaires have established their own private foundations.  They receive an immediate tax deduction for the full value of their contribution even though the foundation is only required to give away 5% of that endowment each year.  Which means that for every $1 million contributed, which can mean a $500,000 loss to the public sector, the foundation must give away only $50,000.

Moreover, the billionaire has the right to decide where that money is spent.

The Gates Foundation and Public Education

The most dramatic example to date may be the Bill and Melinda Gates Foundation.  Bill Gates endowed the Foundation, avoiding billions of dollars in taxes and now heads the Foundation and decides how it spends its money.

The Gates Foundation originally gave its money to school districts to encourage smaller schools that have a better track record at improving student performance.  But says Allan C. Golston, President of the Foundation’s U.S. program, “We’ve learned that school-level investments aren’t enough to drive systemic changes. The importance of advocacy has gotten clearer and clearer.”  In 2009 the Foundation gave almost $80 million for advocacy to influence the $600 billion various levels of government spend annually on education.  In partnership with the Eli and Edythe Broad Foundation and the Walmart Family Foundation, the Gates Foundation has become the dominant player in writing the rules for the future of public education.

The New York Times has reported on how astonishingly comprehensive and influential these Foundations’ campaigns have been.

The 2009 stimulus package included $6 billion to help the public education system.  The Gates Foundation and its partners swung into action to make sure it was spent “correctly”. They were helped by the fact that Secretary of Education Arne Duncan’s Chief of Staff and Assistant Deputy Secretary came from the Gates Foundation and were granted waivers by the Administration from its revolving door policy limiting involvement with former employers.

Gates financed the New Teacher Project to issue and influential report detailing the flaws in existing evaluation systems.  The National Governors Association and Council of Chief State School Officers developed the standards and Achieve, Inc. a non-profit organization coordinated the writing of tests aligned with the standards, each with millions of dollars from the Gates Foundation.  The Alliance for Excellent Education received half a million “to grow support for the common core standards initiative”.  The Fordham Institute received a million to “review common core materials and develop supportive materials”.

And when the rules were issued and the competition began, the Gates Foundation offered $250,000 to help each state apply so long as the state agreed with the Foundations’ market oriented approach.

And to educate the general public, the Foundation spent $2 million on a campaign focused on the film Waiting for Superman that demonized teachers’ unions.

Most charter schools  are non-profits.  But they see no reason why they need to remain non-profits. A 2009 guide book by the Philanthropy Roundtable noted, “many education reformers believe that EMOs (profit oriented management companies) hold real potential for revolutionizing public education. If investors in EMOs are  able  to deliver  consistent student achievement  and  create  a profitable investment vehicle, they will have discovered a highly attractive and sustainable model for charter schools specifically and public education generally.”

Today more than 700 public k-12 schools around the country are managed by for profit companies. In May, Ohio adopted legislation allowing for-profit-businesses to open their own taxpayer-financed charter schools, which led Bill Sims, head of the Ohio Alliance for Public Charter Schools to express his concern that this could “take the public out of public charter schools.”

In 2011 the Gates Foundation seems to have deepened its anti-government efforts, giving almost $400,000 to the conservatives’ legislative privatization network ALEC.

Warren Buffett is a major investor in the Gates Foundation. In 2011 he gave another $1.5 billion to the Foundation bringing the total to almost $10 billion so far.

Buffett is well known for writing and speaking about the unfairness of the tax system.  He has signed on to an effort to force the 1% to pay a higher, not a lower tax rate than the 99%.

To date Buffett hasn’t been willing to give millions to underwrite a comprehensive campaign to convince legislators and the country to raise taxes on the rich.  And the Gates Foundation hasn’t to my knowledge entertained the idea that it might spend $80 million on a campaign to increase the resources devoted to public education.

In June 2010 Gates and Buffett launched The Giving Pledge, asking their wealthy compatriots to give away half or more of their wealth.  Several dozen billionaires reportedly have signed on.  Many will set up their own foundations and reap substantial tax benefits while retaining the right to decide where the money is invested.  CPA Robert A. Green has estimated that this could result in $250 billion or more being diverted from the treasuries of state and federal governments.

We should eliminate the tax deduction for charities.  The impact on giving will be modest while the savings to the public sector will be substantial.

A 2006 survey by the Bank of America found that over half of high-net-worth donors said their giving would stay the same, or even increase, if the tax deduction for charitable gifts fell to zero. The American Enterprise Institute notes “research shows that virtually no one is motivated meaningfully to give only because of our tax system.” Jack Shakely who ran the California Community Foundation for 25 years recently penned an Op Ed in the Los Angeles Times in which he noted that while the top tax bracket for individuals has plummeted from 70% in 1980 to 35% in 2003 (and according to the IRS the very rich are today taxed at an effective rate of 17 percent) charitable donations have remained almost constant, hovering between 1.7% and 1.95% of personal income per year.

This year governments may lose $50 billion or more because of tax deductions taken overwhelmingly by the rich for charitable givings intended primarily to enhance their status with their brethren or to attack the public sector. We can’t stop the rich from using their money for their own purposes (although we should certainly enact laws to stop them from unduly influencing legislation and elections).  But we should not add insult to injury by giving them huge amounts of public sums to attack the public sector. 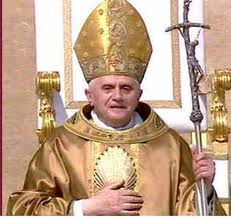 From the Desk of David Morris What is the Moral Standing of the Catholic Church?…

From the Desk of David Morris Occupy Economics Departments