Although we were initially concerned that certain language in New York’s proposed state budget would lock out municipal broadband projects from being able to capitalize on the federal funding bonanza contained in the American Rescue Plan Act and forthcoming money in the Infrastructure Investment and Jobs Act, the bill that was ultimately signed into law by Gov. Kathy Hochul was amended and has some golden nuggets for municipal broadband.

The recently enacted $220 billion budget bill includes $1 billion for the state’s ConnectALL initiative, which Gov. Kathy Hochul’s office calls “the largest ever investment in New York’s 21st century infrastructure (that) will leverage public and private investments to connect New Yorkers in rural and urban areas statewide to broadband and establish the first municipal broadband program of its kind in the nation.”

In part MMM of the budget bill, it establishes a “municipal assistance program … to provide grant funding to municipalities, state and local authorities … to plan and construct infrastructure necessary to provide broadband services.”

Municipal grant recipients, the bill says, will be required to build broadband infrastructure to “facilitate projects that, at a minimum, provide reliable Internet service with consistent speeds of at least 100 Megabits per second (Mbps) for download and at least 20 (Mbps) for upload.” That shouldn’t be a problem as most municipal broadband projects use fiber optics that can deliver far more than that.

How much of the ConnectALL money will be allocated for the municipal grant fund has not yet been determined. But, community broadband advocates should not lose sight of the significance of the broadband ecosystem that is being cultivated in conjunction with other parts of the budget bill.

The budget bill also includes two provisions that will reduce the cost of building last mile networks. One repeals the fees associated with laying high-speed fiber cables along state highways, which Gov. Hochul’s office noted would lower “the cost of high-speed broadband deployment to expand access in upstate communities.“

And another provision, found in part FFF of the bill, permanently authorizes the New York Power Authority (NYPA) “to enter into lease agreements with other state instrumentalities and municipal entities for the use of excess capacity in the authority’s fiber optic communications infrastructure to provide affordable, high-speed broadband in unserved and underserved communities in the state.”

That particular provision is important because NYPA has over 1,400 miles of transmission lines running across the state, much of which has fiber running in the same path. That means the Development Authority of North County (DANC) and the Southern Tier Network – two large nonprofit backhaul providers – would be able to interconnect and create an open access middle mile network across the state.

That middle mile infrastructure can be used as backhaul by the dozens of communities with municipal electric utilities currently served by NYPA, which would dramatically lower operation expenses for last mile fiber-to-the-home (FTTH) networks in those communities.

All of those towns and cities with municipal electric utilities have access to capital and an existing electric grid. They also own the poles, drops and bucket trucks as well as a trusted relationship with their ratepayers. With the addition of the NYPA provision, these will significantly lower barriers to community networks throughout the state.

The language in the budget bill will be music to the ears of city leaders in Jamestown, as the city’s Board of Public Utilities prepares to present the findings of a municipal broadband feasibility study next week.

I am excited to show the public our Broadband Feasibility Study. The potential for municipally-owned broadband infrastructure is critical to address the digital divide and attract investment. This study charts a bold path forward and makes affordable, high-speed Internet for all Jamestown residents much closer to reality.

And in Sherburne, even prior to the passage of the state budget bill, city officials were moving toward the building of a municipal broadband network, having already secured a $212,000 grant to get the ball moving.

The budget bill may also be a boon to an initiative known as Y-Zone in Yonkers, where several community groups are working to connect households with CBRS technology, and perhaps help speed up construction of projects such as the municipal fiber-to-the-home build in Tupper Lake, where the village, located in the foothills of the Adirondack Mountains not far from Lake Placid, partnered with the DANC to build a hybrid FTTH and fixed wireless network for its rural residents and businesses that had been poorly served by the incumbent provider, Spectrum. 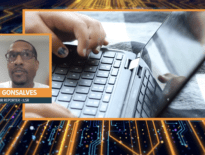