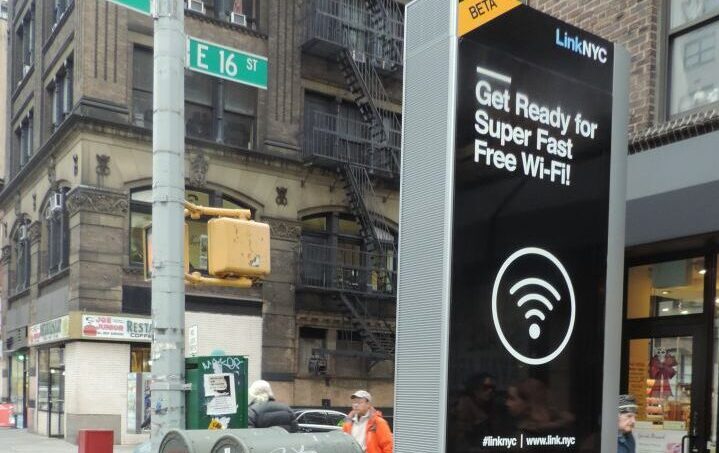 Instead, the program has been steadily and quietly dismantled, replaced by a variety of costly half-measures that critics say don’t solve the actual, underlying cause of expensive, substandard broadband.

At the heart of the proposal was a plan to spend $156 million to create citywide fiber and wireless open access networks in underserved portions of the city that would be open to all competitors. The plan specifically targeted the most underserved parts of the city, given officials estimated it would cost $2.1 billion to deploy such a network city wide.

“The private market has failed to deliver the [I]nternet in a way that works for all New Yorkers,” the plan said, pointing out that 29 percent of city households lacked broadband, and 46 percent of families living below the poverty line lacked service due to high prices.

City officials predicted that their plan to boost competition would create 165,000 new jobs, result in a $49 billion increase in personal income, and create up to $142 billion in incremental gross city product by 2045 – all while delivering faster, more affordable broadband to 1.5 million city residents currently without access.

But elections have consequences.

In June of 2022, new New York City Mayor Eric Adams announced that the city would be “pausing” the entire initiative for “re-evaluation.” Insiders familiar with the decision making process say the pause was more of an abrupt cancellation, leaving planners and network built partners high and dry after several years of careful preparation and planning.

“Eleven service providers, many minority-owned, are ready and waiting to lay the necessary fiber optic cables for major broadband expansion,” Danny Fuchs, HR&A Advisor and Master Plan co-author, said of the decision at the time.

The Adams administration still insists the full project is paused, but by every indication, the most important component of the plan—the open access network—is all but dead.

A Faint Echo Of An Original Promise

What has emerged instead is a project that’s decidedly less ambitious; a scattershot assortment of proposals and plans that give some useful temporary relief to low-income New Yorkers, but fail to address the key driver of unaffordable, patchy New York City broadband in the first place: concentrated monopoly power.

A key component of the original Master Plan was a decided focus on boosting competition after years of city struggles with regional monopolies. The city sued Verizon in 2017 over the company’s failure to live up to its fiber deployment promises, and state officials nearly kicked cable giant and Charter Spectrum out of the state in 2018 for atrocious service.

Instead of confronting and challenging these regional giants’ stranglehold over an essential service, city leaders instead recently struck partnerships with the very companies predominantly responsible for the lack of affordable access.

The city’s Big Apple Connect program, for example, is a partnership with Charter Communications Spectrum and Altice (Optimum) that promises to deliver free broadband to 300,000 New Yorkers living in more than 200 New York City Housing Authority (NYCHA) developments by the end of 2023.

Speaking to ILSR’s Chris Mitchell on Episode 525 of the Community Broadband Bits Podcast, Aaron Meyerson, former Deputy CTO for the city of New York, lauded the program’s intentions but questioned its cost efficiency. He also noted that unlike the Master Plan, vendor participants don’t have to adhere to privacy, affordability, and other broadband principles.

Meyerson explained that the program runs parallel to the federal Affordable Connectivity Program (ACP), which delivers a $30 broadband discount to low-income Americans. Up to 2 million NYC households are eligible for the program, but only 500,000 have applied, leaving $10 to $15 million a month in potential savings on the table, according to Meyerson.

“It does provide a complementary benefit to the ACP…but given ACP exists, and the ACP costs zero dollars for the city to pay for, the Big Apple Connect is a very expensive program that could have been achieved at a fraction or no cost to the city,” he said.

New York’s Office of Technology and Innovation recently testified that Big Apple Connect will cost $30 million a year with a program shelf life of three years. That’s $90 million that could have gone toward open access infrastructure, which in turn would have provided permanent relief through increased competition, lowering broadband rates for millions of New Yorkers.

“The digital divide was created by the lack of investment by some of the major Internet providers,” Meyerson said. “Given you’re assigning some of those buildings to work with those vendors, it’s going to be very hard in the future to crack that open and get new providers into those public housing developments.”

Another key component of New York City’s remaining digital divide efforts is the city’s LinkNYC initiative, which provides free Wi-Fi to passersby via an assortment of kiosks that feature free tablet and phone access to essential city services.

But the LinkNYC program has been widely criticized for public pornography use, failing to meet its original deployment goals, originally failing to pay more than $75 million owed to the city, having questionable privacy standards, and while being of notable benefit to passers-by, not meaningfully changing any of the dynamics that makes New York City home broadband spotty and expensive in the first place.

“Delivery of free access in public settings is an essential step towards making broadband access akin to water and electricity,” the EFF’s Ernesto Falcon said of the project. “However, if we do not figure out how to ensure people have high quality, low cost twenty-first century ready connectivity at home, the digital divide will forever persist.”

Despite the widespread criticism of the LinkNYC program’s budget and effectiveness, the Adams administration has doubled down on the initiative, partnering with local wireless companies to deploy even larger, 5G-enabled towers. The new towers have been derided as eyesores, but aid major wireless carriers in their deployment of 5G small cell technologies.

While Wi-Fi at these new towers remains free, users need to subscribe to a wireless plan to access the 5G component. So while the service does have some direct utility to passersby, it’s again simply not a full solution for the underlying cause of expensive, spotty residential access.

Officials like Meyerson are quick to point out the city’s efforts still have value. And he says there’s plenty of lessons to be learned from the city’s brief foray into serious telecom market reform, even if the most meaningful aspects of the plan were scuttled in favor of less ambitious—and potentially less effective—partnerships.

I think from an asset strategy…the idea of leveraging city real estate–rooftops, libraries, public housing, police stations, light poles…I think that was proven effective through the pilot of the RFEI, which required no city financial investment.

“Understanding the realities of leadership and mayoral transitions by breaking up a smaller RFP or pilot to get it moving forward with agreements signed,” was another key lesson learned according to Meyerson. The open access component may have survived the Mayoral transition if it had been proposed and implemented in smaller segments.

Today, the New York Internet Master Plan project sits as an example of what might have been possible if the city had been truly willing to challenge monopoly power. The city’s open access network could have been an inspiration for other major metropolitan markets looking for creative, local solutions to the telecom monopoly logjam.

Instead, city officials ignored years of hard policy work, settling for a collection of costly and semi-beneficial half-measures that allowed giant incumbents to advertise their altruism, provided politicians easy brownie points for tackling the digital divide, while failing utterly to address the monopoly logjam at the heart of the problem. 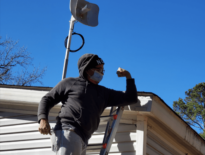 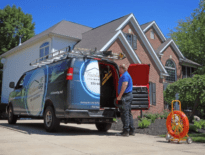