A groundbreaking new bill moving through the New York State Senate this week will, if enacted, greatly enhance the ability of the state and private plaintiffs to take on monopoly power and level the playing field for independent businesses in New York.

The bill, first introduced by Sen. Michael Gianaris last September, would usher in much needed reforms to the state’s existing antitrust laws, and will place New York at the forefront of a resurgent local movement to rein in corporate power and create a fair, open marketplace for independent businesses. Given the lax state of antitrust enforcement at the federal level over the past four decades, and the hostility to monopolization cases in the federal courts, this bill would allow the state and private parties to sue abusive, dominant corporations in New York courts as a means of reining in their harmful conduct.

ILSR, along with other Small Business Rising coalition members, supports the proposal and urges New York policymakers to pass the Twenty-First Century Antitrust Act for the immense benefits it would have for small businesses in New York. ILSR Legal Fellow Shaoul Sussman testified in favor of the bill during a Senate hearing in October, alongside ILSR allies and antimonopoly experts Tim Wu, Sally Hubbard, Harry First and others. Now, the bill has been amended and is quickly moving through the Senate, with hopes of passage this legislative year.

The bill would amend the state antitrust law in several important ways. Among them: 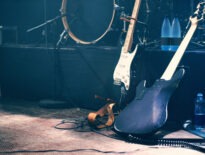 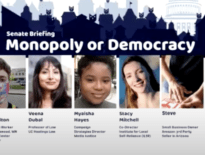