Minneapolis, Minn. (December 16, 2021) — New research from the Institute for Local Self-Reliance (ILSR) shows that electric utilities and state and local policymakers are hampering growth of solar energy in the United States through unnecessary delays and increased costs. If these issues are not resolved, communities stand to miss out on the job-creating and money-saving benefits of bringing solar to more people, including working class families, people of color, and rural households.

In 2021, ILSR surveyed solar developers across the country to identify issues and challenges facing local solar projects, and to determine how the actions of policymakers and utilities are impacting the growth of local solar. The findings from these survey responses and interviews are analyzed in a new report: 2021 Local Solar Developer Survey.

In some cases, solar developers suggested that utilities might be intentionally holding back the growth of distributed solar installations by exceeding state-mandated interconnection timelines, subverting state policies to create unnecessary roadblocks, and wielding political influence. The context of this survey is particularly important: unlike choices consumers might have in buying cars or home improvements, customers cannot pick which city will issue the permit nor which utility will connect their solar project.

John Farrell, director of ILSR’s Energy Democracy initiative, said, “Solar power is increasingly popular in the United States, and increased local solar options would put more benefits directly in the hands of individuals. Our survey of solar developers found that, rather than meeting this need, utilities and policymakers are often standing in the way of local solar growth. We must resolve these barriers in order to connect all Americans to an energy option that will save them money, create jobs, and help reduce pollution.”

John Farrell is the Director of the Energy Democracy initiative with the Institute for Local Self-Reliance. Farrell is a nationally recognized renewable energy expert and is the author of analyses that detail how to ensure that renewable technologies are available to every member of society. He has advised communities across the country on how best to establish their community-owned renewable resources and shares his expertise on radio and in print.

FOR MORE INFORMATION and to schedule an interview with Farrell, email delfiacco@ilsr.org. 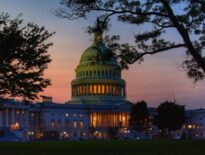