Washington, D.C. (March 30, 2022) — In a recent survey of more than 900 small business owners, the Institute for Local Self-Reliance (ILSR) found that market concentration and monopolistic practices by big companies are at the root of the most significant challenges faced by America’s independent businesses. Survey respondents were located across the country and represented a wide range of sectors, including retailers, service providers, manufacturers, farms, banks, restaurants, and more.

When asked about the challenges they face, topping the list were three issues that all have to do with the unchecked exercise of market power by dominant corporations:

When asked about potential policy solutions, a majority of respondents supported the following:

ILSR also received thousands of written comments from respondents that illustrate the experiences of  independent businesses. A bookstore in Brockport, New York, said, “It is atrocious that Amazon can sell items to anyone for less than I can get them from the actual company that makes the product. Even at wholesale.” A sporting goods store in California pointed to Nike as a worst-case example of outsized market power: “They are… eliminating competition by closing accounts [of independent stores].” A small business in rural New Hampshire said, “Hard to understand how the growth and survival of small businesses has taken such a back seat in both political parties over the years.” 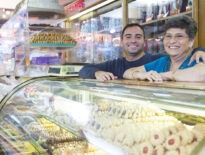 Retail In Crain’s, NY Antitrust Bill Can Level the Play… 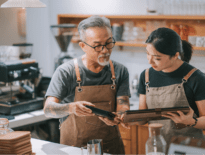