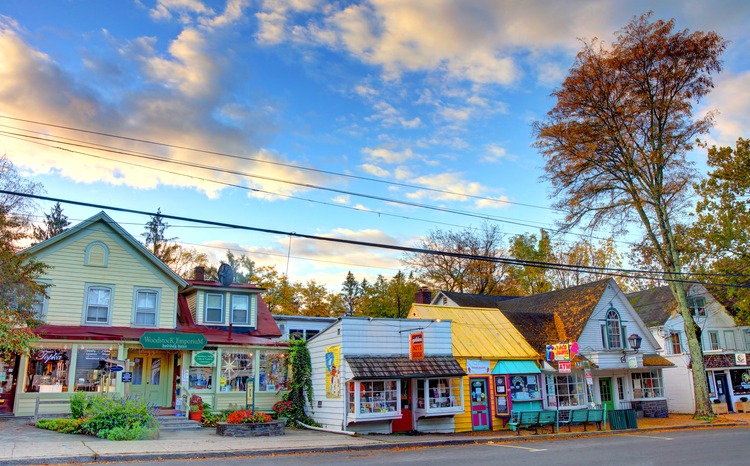 ALBANY, NY – With the Bureau of Labor Statistics announcement last week that annual inflation remained elevated at 8.3% percent in April, small businesses continue to face threats from all sides of the market. Champions of the 21st Century Antitrust Act have signed on to a new report that makes clear that large corporations wielding their market power is a primary culprit. Whether it is credit card giants increasing the transaction fees they charge New York’s neighborhood bodegas and retailers, or suppliers raising prices on independent businesses in response to being squeezed for special discounts by dominant corporations, small businesses are increasingly at risk.

The report from New Yorkers for a Fair Economy (NYFE) and the Institute for Local Self-Reliance (ILSR) makes it equally clear how a decades-long trend has led to the current situation and how the 21st Century Antitrust Act can begin to reverse course and level the playing field. Since the Reagan administration began placing an emphasis on economic efficiency over competitive fairness, federal antitrust enforcement has become a relic. But the 21st Century Antitrust Act would allow the state and private parties to sue abusive, dominant corporations in New York courts as a means of reining in their harmful conduct despite the federal government’s fecklessness.

Assemblyman Jeffrey Dinowitz said, “Being pro-business, pro-American Dream, means standing up to the imbalances of power that have been allowed to take hold in our modern economy. We need to ensure that our small business entrepreneurs are able to compete, and thusly are able to employ hard-working New Yorkers for decades to come. The 21st Century Antitrust Act would restore balance to our economy, increasing the power of businesses, workers, and consumers together.”

“This is commonsense legislation to bar anticompetitive practices that establish a monopoly position. Especially during a period of high inflation, it is more important than ever that consumers have a competitive marketplace,” said Assemblymember Chris Burdick.

Assemblymembers Dinowitz and Burdick, joined by Assemblymembers Kevin Cahill, Robert Carroll, Richard Gottfried, and Senator Gianaris note in the report’s foreword that New York lost more than 13,000 small businesses between 2019 and 2020, even before the pandemic put many more independent shops and restaurants out of business. They go on to reaffirm their support of the 21st Century Antitrust Act and urge their colleagues to join in supporting the bill that would end dominant companies’ abuse of small businesses, workers, and communities in New York.

The report also highlights a recent survey of over 900 independent businesses that found the top challenges facing small businesses derived from the unchecked exercise of market power by dominant corporations. Sixty-five percent of respondents rated as a major challenge the fact that their big competitors receive special discounts and terms from suppliers and 62 percent said Amazon’s control over the online market was a “very or extremely significant challenge.” These independent businesses would be protected and empowered by the 21st Century Antitrust Act.

“New Yorkers love how local businesses contribute to the uniqueness of their neighborhoods and to the vitality of the entire city, but monopolies like Amazon continue to threaten independent businesses. We urgently need this legislation to curb monopolistic behavior in the retail market in order to give local businesses a chance to compete,” said Natasha Amott, owner of Whisk kitchen store in New York City.

“Our local small independent businesses are the backbone of our communities. They provide character and individuality while keeping jobs and money in the local community. The Big Box

stores and dominant online retailers do none of those things. That’s why the Westchester Independent Business Alliance is supporting the 21st Century Antitrust Act. We need this

“We are seeing critical industries fall apart because of corporate concentration, such as the current shortage of baby formula, controlled by just three companies. But despite supply chain backups, corporate profits remain at their highest level in 70 years while small businesses struggle to survive and consumers suffer the consequences. The need for the 21st Century Antitrust Act is urgent—we must give New York the tools to hold corporations accountable and level the playing field for small businesses,” said Maritza Silva-Farrell, Executive Director of ALIGN, leader of the New Yorkers for a Fair Economy coalition.

About New Yorkers for a Fair Economy

New Yorkers for a Fair Economy (NYFE) is a coalition of labor organizations, small businesses, and immigrant and community organizations uniting to safeguard our communities from the abusive practices of big corporations and achieve an economy that works for all New Yorkers. This coalition includes the frontline workers who care and provide for our communities, the small businesses that provide essential services that we need, the community organizations that protect the environment and the dignity of Black, brown, immigrant, and gender-oppressed communities that make up our diverse state. NYFE is led by ALIGN (Alliance for a Greater New York) and includes labor unions Teamsters Joint Council 16, Retail Wholesale, and Department Store Union, UAW Region 9A; community groups New York Communities for Change, Make the Road New York, and Restaurant Opportunities Center New York; and national research and advocacy organizations Institute for Local Self Reliance, American Economic Liberties Project, and Strategic Organizing Center.

About the Institute for Local Self Reliance 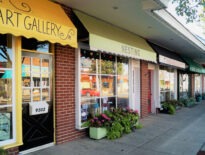