Electrification is gaining popularity, power plants need replacing, and there is a growing demand for clean energy resources. For those reasons, there is a constant buildout of shiny new electricity producers: wind turbines, solar panels, and gas plants. Also, more than ever before, electric customers are choosing to generate their own electricity with on-site solar power.

ILSR has put together the last four quarters of data on new electric power sources — including a breakdown between large, utility-owned solar and distributed, small-scale solar. Take a look at a year’s worth of power generation buildout in the United States: 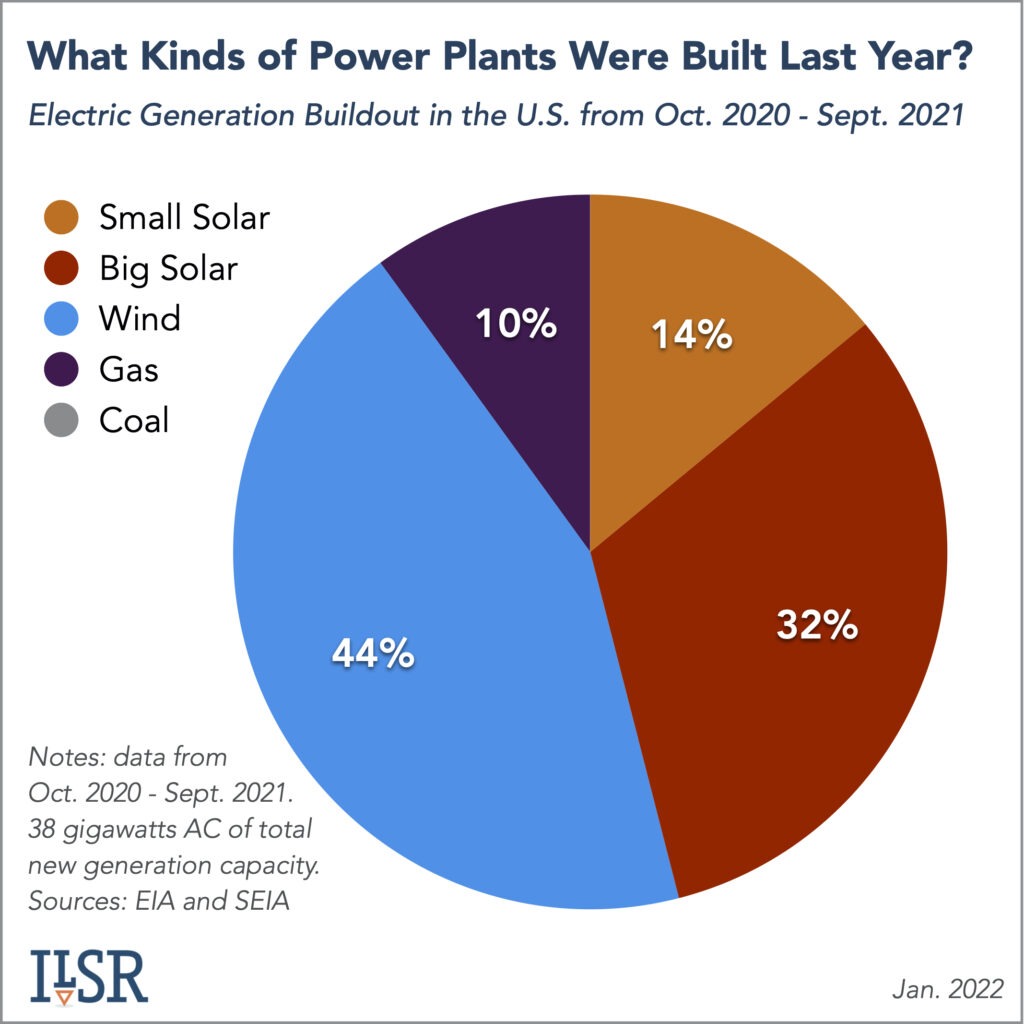 Together, new solar and wind installations accounted for 90 percent of power generation buildout. Wind turbines were the most popular resource to build — garnering 44 percent of power generation capacity that came online. In 2021, the first off-shore wind turbines began serving Virginia customers. Utilities, businesses, and residents all built solar at record rates. These 12 months join the many in which no coal plants were built — only one coal plant has been built since 2015.

Here’s the year broken down by quarter: 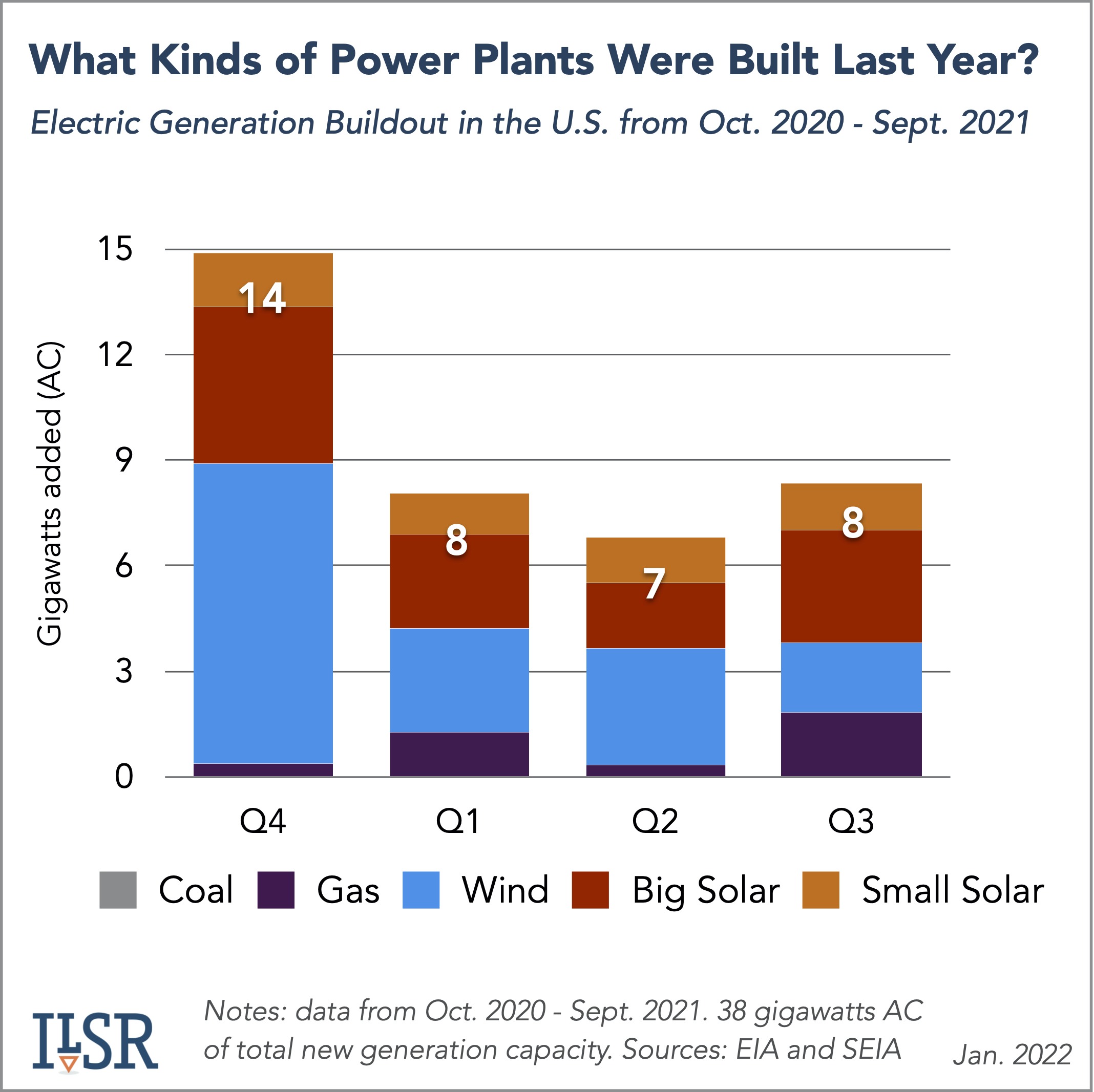 Check out our archive, illustrating how electricity generation has changed in previous quarters and years. 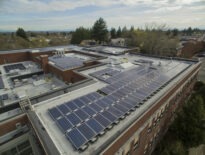 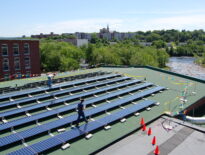