Renewable energy supplied a majority of new power plant capacity in the second quarter of 2020, marking a full year of renewable-majority quarters. However, the margin by which renewables hold the majority of newly installed generation has decreased each of the last three quarters. Total power generation capacity added this quarter, 7,979 megawatts, is slightly more than the first quarter of 2020. This amount is also greater than the total generation capacity added in the second quarter of 2019. 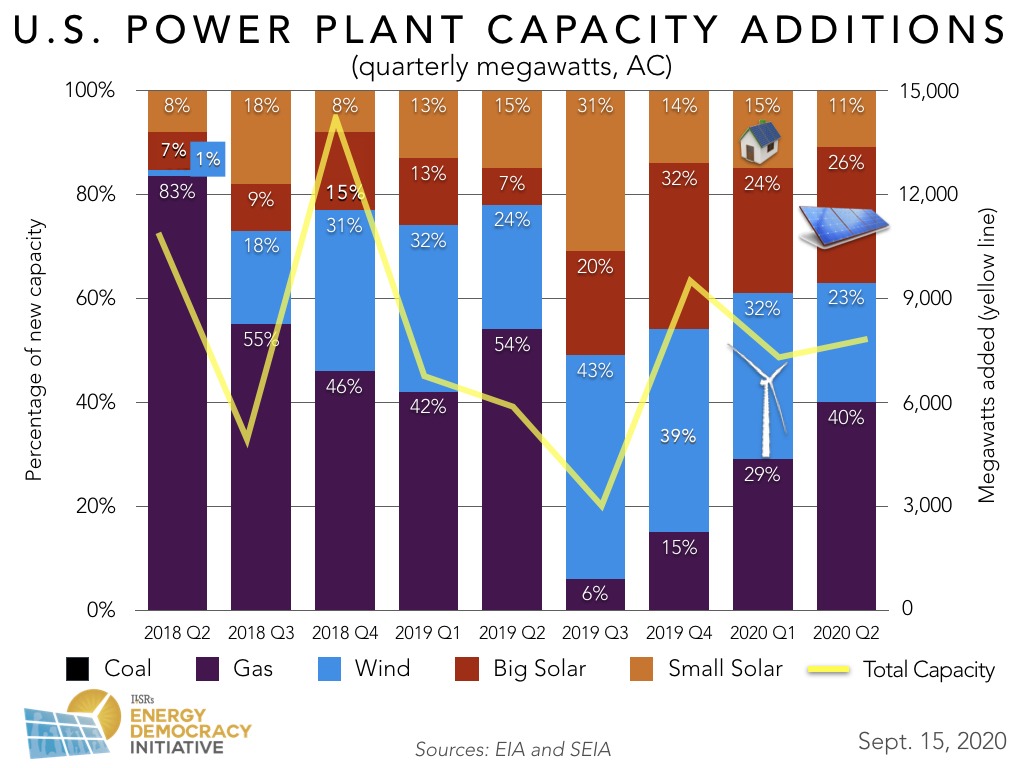 Unless its increasing trend should continue, 2020 could be the weakest year yet for new gas capacity. Cumulatively, these first two quarters of 2020 have seen the fewest megawatts of new gas capacity installed of any year on record. Given expert forecasts of high risk in any gas infrastructure investment, 2020 may be the last stand for fossil gas.

Discover how utilities could eliminate the need for fossil-fueled peaker plants in our report on demand response technologies, updated September of 2020, or in our 2018 report on the power of solar plus storage.

New wind capacity was the lowest of any utility-scale resource this quarter, with 1,815 megawatts installed. Wind’s percentage of new generation capacity has dropped steadily for the last three quarters — the second quarter of 2020 saw wind’s lowest percentage since the third quarter of 2018.

Though it looks like the start of a disturbing trend, wind is not in any real trouble. The second quarter has often been the weakest quarter for new wind capacity. Generally, installation of new wind capacity has fluctuated much more than solar, which has seen steady growth over the years.

The True Impacts of COVID-19 Begin to Show

With the onset of the coronavirus pandemic, many forecasters predicted significant drops in new renewable generation capacity — especially residential solar. Since the pandemic sparked lockdowns in the United States in mid-March, the second quarter is the first to show whether these predictions were correct.

As one positive in a world of devastation, residential solar performed better than initially forecasted. The Solar Energy Industries Association believes that solar’s relative success was because few states implemented strict lockdowns, the economic recession did not impact potential solar owners as much as it might have, and that larger solar installers have successfully transitioned to virtual sales.

Solar has taken a blow, though, in the form of interconnection delays and a difficulty obtaining permits. These roadblocks, together with the continued effects of the economic recession, color a bleak picture for solar’s performance in the remainder of the year. 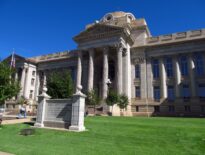 Energy Optimistic Pueblo is Outspent in First Attempt at … 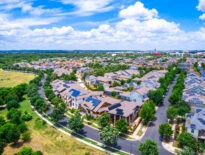