For years, federal and state governments have spent billions of dollars on efforts to build broadband networks in underserved rural communities while doing very little to bring home Internet access to unconnected Americans living in our nation’s cities.

A new white paper, released recently by the National Digital Inclusion Alliance (NDIA), outlines how this policy decision has a racist impact — benefiting mainly white, non-Hispanic people while disadvantaging many Black Americans and people of color in urban areas, where the majority of unconnected households are. “This policy is counterproductive, it’s another form of structural racism, and it needs to change now,” Angela Siefer, Executive Director of NDIA, shared in a statement.

To reach their conclusions, the paper’s authors analyzed federal data to find the relative percentage of people by race without home broadband access in both urban and rural communities. Summarizing their analysis, they wrote:

NDIA’s analysis found that white, non-Hispanic rural residents are the most likely recipients of federal and state funding to expand broadband in unserved and underserved rural communities. They report that more than three quarters of those who lack broadband access in the most rural counties and more than 60% of the unconnected households in counties with low broadband coverage are white and do not identify as Hispanic or Latinx.

“Conscious or not,” the paper explains, “the objective effect of current policy is that broadband investment . . . is directed mostly to assisting non-Hispanic rural white people to get better Internet connections.”

However, far more urban Americans and people of color remain unconnected. Federal data suggests that there are more than three times as many urban residents who lack home Internet access as rural residents, which is likely the result of unaffordable subscription costs. The paper points out:

All of the nation’s counties whose populations are at least 75% rural, taken together, accounted for less than 8% of Americans living in households with no broadband. In contrast, the most urban counties — those with fewer than 5% rural residents — accounted for more than 35%.

These figures suggest that government programs that focus solely on rural broadband infrastructure are not only ineffective at closing the digital divide but are also examples of racist public policy. “This policy framework is counterproductive for reducing the nation’s overall digital divide. It is also structurally racist, discriminating against unconnected Black Americans and other communities of color,” the paper explains.

Rural Is Only Part of Puzzle

While rural areas that lack broadband infrastructure desperately need federal and state funding, investing solely in those communities while ignoring unconnected low-income households and people of color in cities further entrenches the systemic racism that many Americans face daily.

“Yes, we need to make sure rural and tribal communities have physical access to broadband networks, but that’s only one of the barriers to equitable access for all Americans,” Siefer commented. To connect every every household to high-quality Internet access, governments must invest in efforts to increase broadband affordability and access to devices, in addition to rural broadband expansion.

The paper ends with a call to action for policymakers:

The bottom line: A federal broadband policy which provides funding only for broadband infrastructure deployment, and only to areas which have no existing 25/3 Mbps residential broadband service — with no accompanying investment in affordable access and other measures to help urban as well as rural residents get connected — discriminates in a big way against Black Americans and other communities of color. This structurally racist policy needs to end.

Image of FCC building by Federal Communications Commission, via Flickr. 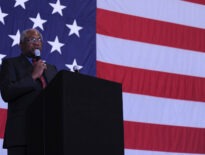 MuniNetworks Tell Your U.S. Representative to Support the Acces…