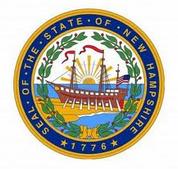 New Hamsphire FastRoads is making significant strides in connecting residents, businesses, and community anchor institutions in the southwestern section of the state. FastRoads is funded by a combination of American Recovery and Reinvestment Act (ARRA) grants, private donations, and funds from local communities.

While the network is certainly making progress and scheduled for completion this summer, it has been constrained by state laws that limit the use of bonding. As a result, many local communities that would like to benefit from connections with Fast Roads will not able to take advantage of its presence in this largely rural area of the state.

We recently spoke with Carole Monroe, Executive Director of New Hampshire Fast Roads, in a Broadband Bits podcast interview. She told us about a bill in the New Hampshire General Court this year that would remove restrictions that limit how local governments can finance network investments.

In past years, New Hampshire legislators took up several bills that would remove the restriction preventing local communities from using bonds to finance broadband infrastructure. Every year, lobbyists from large ISPs manage to push those bills into oblivion. This year, HB 286 seeks to strike the restrictive language.

The bill is getting attention from local media, the New Hampshire SentinelSource. An editorial, published soon after the bill was introduced summarizes the problem:

In areas where companies determine that investing in expansion isn’t worthwhile, municipalities often find their hands tied because state law does not allow communities to take out municipal bonds for broadband access if there’s a private company operating in the community. That means if a town has even a small pocket of coverage by a telecommunication company, it can’t get funding to pay for expansion to the rest of its residents and businesses.

The good people at the Sentinel Source know that their communities want the opportunity to make their own decisions about connectivity:

Changing the law would give communities one more option to achieve that crucial link. Then it would be up to voters in each town to determine if they want to invest in the state’s technology infrastructure. Lawmakers should pass the bill and put those decisions in the hands of voters.

Whether or not to invest in broadband infrastructure is a decision best made by those who will live with the results. With little or no chance at obtaining this critical infrastructure from the private sector, local populations should have every tool available to achieve the connectivity they want and need.

MuniNetworks “The Monopoly Magnate”
Sign Up For Community Broadband News