Washtenaw County (pop. 367,600), home of B-24 bomber, a once booming automotive industry and the University of Michigan, is making strides toward bringing the region back into an economic powerhouse, running 20 miles of fiber from downtown Ann Arbor through Ypsilanti Township, connecting the business and commercial corridors of four different townships ultimately ending at the American Center for Mobility.

Shaking off the Rust

Ypsilanti, Michigan (pop. 20,800) led the country in cutting edge automotive manufacturing for decades. Just 5 miles east of Ypsilanti, lay the Willow Run manufacturing complex and airport where Henry Ford produced B-24 heavy bombers for World War II, spurring a flood of workers in the region and ultimately leading to a housing shortage. The influx overwhelmed the market, forcing the Federal Public Housing Administration to step in and build dormitories for the workers. When the war ended, automotive manufacturers shuffled in and out of the complex, continuing to create jobs. The area’s economic boom started to peak in the 1970s with many manufacturing jobs moving overseas. While there are still manufacturing, service, and academic jobs available, like many other communities located in the controversially named “rust belt,” the economic vitality of the region has struggled to see a comeback.

In an effort toward revitalization, Ann Arbor SPARK is working with local partners to invest in economic opportunities in Washtenaw County. In collaboration with the University of Michigan, Michigan Department of Transportation, Michigan Economic Development Corporation, and Business Leaders for Michigan, Ann Arbor SPARK helped turn the once dormant Willow Run site into a 21st Century transportation testing center and technology park called the American Center for Mobility.

With the help of CARES Act funding, Ann Arbor SPARK was able to collaborate with the city of Ann Arbor and Washtenaw County to undertake a broadband project that it’s hoping will really reestablish the region’s former reputation as a first-in-class technology epicenter.

“Basically, you’ve seen sort of a community that has not participated in the economic growth that other parts of the state and other parts of the county have had because it was so reliant on manufacturing and now it doesn’t have that manufacturing base in the same way,” said Phil Santer, Vice President and Chief of Staff for Ann Arbor Spark. “The idea was to say, ‘we know that the good paying jobs of the future are going to be related towards having access to quality Internet.’”

While Ypsilanti has an array of fiber and cable options for residents and businesses, including a few service tiers that offer up to a gigabit per second, Santer emphasized that this fiber optic backbone project is all about building economic viability.

Within the last decade, both Merit Network Inc. and 123Net have invested in building out fiber rings and networks around Ann Arbor and in the region. With the investment and development of the Ann Arbor-Ypsilanti Corridor Fiber Optic Backbone project, Ann Arbor SPARK is working with the city and Washtenaw County to extend the already existing fiber to create more robust, public broadband infrastructure to make the area more attractive to businesses.

The hope is that this will foster additional, further investment in last-mile connections to create competition and offer residents more options.

“They already have decent Internet in Ypsi. This is going to be another redundant source where an ISP could come in and provide service either to a greater quality or to a better price point,” Santer said. The fiber will run from downtown Ann Arbor’s “smartzone” through Pittsfield Township, Ypsilanti’s “smartzone”, and Ypsilanti Township, and terminate at the American Center for Mobility. While the project leaders are still determining who will light up the fiber, they plan to lay 432 strands.

Santer said, while securing the funding is one of the many initial steps in the project, he hopes that construction could start in 2022 and be ready by 2023.

“In my mind, this is one piece of the puzzle … My hope is that this shows and demonstrates and makes it easier for more ISPs to be able to come in. At the end of the day, I’m thinking about it from a residential perspective or from a business perspective.” Santer said. “That’s really what drove a lot of why we were energized by this process.”

New Fiber Broadband Project Near Ann Arbor, Michigan Hopes to Be a Catalyst for Economic Restoration 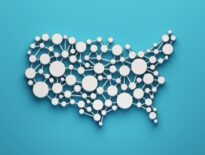 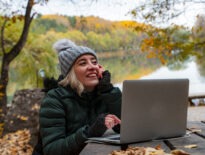