For this episode of the Local Energy Rules podcast, host John Farrell speaks with Danny Kennedy, Co-founder of Sungevity and Chief Energy Officer of New Energy Nexus. Kennedy, who Farrell describes as a “distributed solar prophet,” is a staunch advocate for solar and supports renewable energy entrepreneurs all over the globe. The two discuss rooftop solar revolutions and the importance of innovation in the energy sector.

Along with his other credentials, Danny Kennedy authored Rooftop Revolution: How Solar Power Can Save Our Economy and Our Planet from Dirty Energy in 2012 – coincidentally, the same year that Farrell published ILSR’s Rooftop Revolution report. Did the rooftop revolution they both predicted come to be? Not quite, says Kennedy, but solar has won the decade.

The greatest number of new gigawatts added to the generating capacity of the global grids was solar. It wasn’t predominantly rooftop… but watch this space because the rooftop revolution has only just begun.

Kennedy brings solar enthusiasm to his current role as Chief Energy Officer at New Energy Nexus, a non-profit that trains and funds clean energy entrepreneurs around the world.

Entrepreneurs of a New Energy Economy

Throughout the interview, Kennedy describes some of the entrepreneurs and technologies New Energy Nexus has supported through micro-financing and accelerators. These include a boiler developed in Malaysia, solar home systems in Uganda, and a lightweight battery business founded in California.

All in all, New Energy Nexus hopes to drive innovation, support diverse entrepreneurs, and build just and equitable outcomes, says Kennedy. The transition to clean energy provides an opportunity to uplift everyone, especially those “left behind by fossil fuels,” he continues.

Steep Challenges Under All Circumstances

Comparing his work in countries with “wildly different” circumstances, Kennedy believes there is a “leapfrog” opportunity in countries with little existing energy infrastructure. He also believes that countries like the U.S. with entrenched energy systems can make the transition to clean energy  – though moving incumbents is a challenge.

Kennedy has a lot to say about incumbents: the fossil fuel giants and utility companies entrenched in tradition. Turning the tide can seem like a monumental task, but fortunately, the markets are already on the side of clean energy.

That’s not a light at the end of the tunnel, that’s a train coming to run them over called solar and storage… they might just get out of their own way, get off the tracks and join the train… and come with us with their half the capital.

Kennedy hopes to work with the industry “as it plateaus and declines” and prevent a crash that would rock communities.

Given the chance to interview an Aussie, Farrell asks Kennedy about the success of the solar market in Australia and its relative sluggishness in the United States. 25 percent of Australian homes have installed rooftop solar, while in the U.S., 2.5 percent of homes might have solar by 2024.

The rooftop solar market has not taken off in the U.S., says Kennedy, because the electricity sector is not a free market. The monopolized industry’s lack of competition, along with “insane bureaucracy,” has restricted solar development.

Find out how the United States could combat climate change, economic downturn, and social injustice by adding solar to 30 million homes.

It’s Not Too Late to Turn Around

Utilities need to recognize that the transition to clean, renewable energy is happening and change with the times, says Kennedy. He is encouraged by the growth of community choice energy in the U.S., which adds competition to the monopolized market. Community choice aggregations, especially the model examples in California, give communities the power to choose cheaper, cleaner energy sources.

The U.S. can also do more to support start-ups and increase investment in research and development. The government created Silicon Valley in its effort to improve missile technology, explains Kennedy, so they could do the same for batteries and other emerging technologies.

We need to compete at a scale requisite to the challenge of electrification of everything that we think we need and pairing solar on every home with a backup behind the meter in the house.

This is episode 132 of Local Energy Rules, an ILSR podcast with Energy Democracy Director John Farrell, which shares powerful stories of successful local renewable energy and exposes the policy and practical barriers to its expansion.

Entrepreneurs, Innovators, and Roadblocks in the Rooftop Revolution — Episode 132 of Local Energy Rules 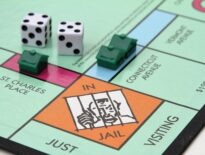