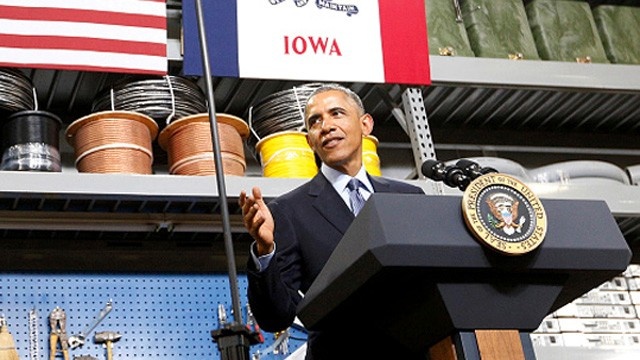 On January 14th, President Obama visited Cedar Falls, Iowa, to share his strategy to expand high-speed connectivity to more Americans, encourage competition, and galvanize economic development. Obama’s plan centers around community networks and he announced that the next step will be eliminating barriers in 19 states that usurp local authority to invest in publicly owned infrastructure.

From his remarks [C-SPAN Video below]:

The Obama Administration, through the Department of Commerce, recently sent a letter [PDF] to Chairman Wheeler to request the FCC use its authority to end state barriers that block local public investment. The Hill noted the letter and the President’s speech together put gentle pressure on the FCC to take steps to restore local authority. The Hill also gave space to the cable industry, naturally opposed to restoring local authority after millions of lobbying dollars invested in passing anti-competitive legislation.

InfoWorld also pointed out cable industry opposition to the Obama proposal, noting that they were ready to mount a strong offense and will likely join Congressional Republicans to fight any roll-back of state barriers. A decision from the FCC on whether or not to change state laws in North Carolina and Tennessee is expected in February.

As for the incumbents, there was no love lost between the President and the big players, asMultichannel News reported:

He said in many places big companies are “doing everything they can to keep out new competitors.”

Other national outlets that covered the speech included the New York Times, the Washington Post,Ars Technica, Fierce Telecom, and NexGov. We came across so many stories we stopped counting.

“This is good for attracting companies that have higher wages for technical positions,” Crews said. “Obviously to be recognized by Google and the president of the United States in two months time is pretty awesome.”

As the President noted in his speech, Google named Cedar Falls the best city in Iowa for e-commerce due to its municipal fiber optic network.

In our early years it would have been easy to move our headquarters to another city, really anywhere. Thanks in part to its high speed internet, Cedar Falls has always made it easy for us to grow our business. Today, Spinutech has clients in all 50 states and eight countries. In talking with these clients, time and again it is proven just how fortunate we are.

Whether or not local authority is restored in the 19 states in question, it is important that local communities remember the role of vision, which the President pointed out in his speech:

Now, in Cedar Falls, things are different. About 20 years ago, in a visionary move ahead of its time, this city voted to add another option to the market and invest in a community broadband network. Really smart thing you guys did. It was a really smart thing you guys did. And you’ve managed it right here at Cedar Falls Utilities. And then a few years ago, you realized that customers were demanding more and more speed. All the movies, all the increased data, Instagram — all this stuff suddenly is just being loaded up, and basically, you guys were like the captain in Jaws, where he said, “We’re going to need a bigger boat.”

A Transcript of the script is available at the C-SPAN video page in the transcript box below the video window. 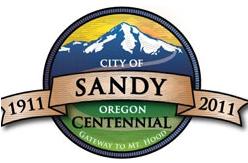