Together with more than 20 independent business organizations representing over 60,000 independent businesses across the country, we have officially launched Small Business Rising. It is a coalition of business owners and entrepreneurs from all corners of the country united around a common goal: breaking up monopoly power to safeguard the right of small businesses to compete and serve the needs of their communities.

Small Business Rising is asking policymakers to build an economy that is more prosperous, equitable, and innovative by leveling the playing field. The campaign is calling on policymakers to:

In Bloomberg, Washington, D.C.-based hardware retailer Gina Schaefer said she joined Small Business Rising in part because she wants “the folks on the Hill to realize we need help leveling the playing field.”

In the Wall Street Journal, another coalition member, Doug Mrdeza, told how his e-commerce business “laid off close to 40 employees in late 2019 after Amazon raised his fees and struck deals with some of his suppliers to sell products itself, cutting him out of the supply chain.”

It’s time for entrepreneurs from every background and industry to stand up for one another. Join our coalition, which includes the American Booksellers Association, American Independent Business Alliance, Main Street Alliance, National Grocers Association, and many others (a complete list is here).

Sign up to get a monthly update from us with the latest research and news.
agriculture 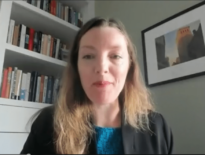 Banking Senate Testimony: Concentration is at the Root of … 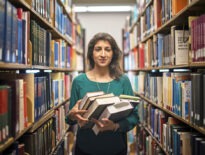