Cities and towns all over Massachusetts are looking for alternatives to the big incumbent Internet Service Providers in their communities as citizens across the Commonwealth have grown weary of the high-cost, second-rate Internet service – and lack of competition – that plagues markets dominated by monopoly providers.

Gov. Charlie Baker and state lawmakers have yet to settle on how much of the Commonwealth’s American Rescue Plan funds should be devoted to expanding access to affordable and reliable high-speed Internet service in the Bay State. Meanwhile, a growing number of local leaders and community advocates are positioning themselves for the possibility of creating municipal telecommunications utilities to build publicly-owned broadband infrastructure.

On Cape Cod in the Town of Falmouth (pop. 32,517), the citizen-led non-profit FalmouthNet is making major strides in bringing town-wide fiber-to-the-home Internet service to the second-largest municipality on the southeastern Massachusetts peninsula. (Full disclosure: both Sean Gonsalves and Christopher Mitchell serve as FalmouthNet Advisory Board members).

Having completed a feasibility study last year that laid out a detailed market analysis and financial forecast for building the estimated $55 million town-wide fiber network, FalmouthNet recently announced it has signed a contract with Tilson, a telecom construction and engineering firm based in Portland, Maine, to design the network.

Forming an MLP enables municipalities in the state to establish a telecommunications utility, which offers several advantages for building a locally based network such as the ability to form alliances and more easily contract for services.

However, in order for a municipality to form an MLP, state law requires a 2/3 majority voter approval at two separate Town Meetings within 13 months. Falmouth still needs to clear that hurdle at the next Town Meeting in the spring of 2022.

The engineering and design work will begin immediately, with a final report due by January 21, 2022. According to a press release issued by FalmouthNet, the report will “provide sufficient detail to apply for such federal and state funds that may be available for network construction in 2022 … to approach private lenders and investors,” or to serve as a guide to “inform Falmouth Town Meeting should it be desirable to fund (or partially fund) the project with a municipal bond.”

The engineering and design work will include a fiber routing plan; an assessment of available technologies and construction methodologies; a list of equipment that will be needed; field work to define construction parameters; as well as a detailed construction cost estimate.

That part of the pre-planning work is being funded out of the state budget, an appropriation secured by State Sen. Susan Moran and State Representatives David Vieira and Dylan Fernandes.

“Supporting the success of FalmouthNet so that we can bring high-quality fiber optic Internet access to Falmouth has been one of my top priorities, and I am proud to have been able to secure $150,000 in direct funding for the project,” Moran said. “The beginning of work on FalmouthNet’s engineering design marks a major milestone for both the project and our community. It is a promising start to a major investment in the future of Falmouth.”

State Rep. David Vieira said the contract with Tilson signaled “a major step forward for a future reliable high speed network in Falmouth. We saw firsthand the limitations of current Internet options when many businesses and our schools had to go remote during the height of the pandemic.”

Art Gaylord, a FalmouthNet board member who led the contract negotiations on behalf of FalmouthNet, explained that Tilson was selected from eight companies that responded to the Request for Proposals (RFP) because “the company is highly qualified to take our project to the next level,” noting that Tilson is a leading firm that has been recognized 11 consecutive years on the Inc. 5000 list for providing network deployment and information system services. Tilson also has an outstanding track record working with utility and government clients.

State Rep. Rep Dylan Fernandes also voiced his strong support for the project moving foward. “Access to high speed Internet should be a right and treated like a public utility. FalmouthNet is leading the way in connecting Falmouth residents,” he said.

Across Buzzards Bay, about 40 miles west of Falmouth, this summer Fairhaven Town Meeting members voted to establish a Municipal Light Plant as the town (pop. 15,924) is moving toward building an open-access fiber network with the hopes of luring private providers to offer competitive Internet services.

Fairhaven Selectman Robert Espindola, who also serves on town’s Broadband Study Committee, spoke in favor of passing the measure on behalf of the article, saying: “This came about after years of the Board of Selectmen and cable department receiving many complaints about the quality issues and service in general from our Internet provider.”

The case made by Espindola resonated with Town Meeting voters, as Fairhaven residents have grown increasingly frustrated with Comcast, the monopoly provider in town.

As reported by the New Bedford Standard-Times, Fairhaven resident James Anderson urged fellow Fairhaven residents to vote in favor of establishing the MLP because, considering how important reliable Internet connectivity is for most, creating competitive alternatives to monopoly providers is a must. “They say the only thing certain are death and taxes; I’d add to that increased fees from Comcast,” he said.

Milton, Quincy, and Weymouth Want Out of Monopoly Stranglehold

A lack of competitive alternatives to Comcast is also driving several other larger towns and cities in eastern Massachusetts to consider building municipal broadband networks.

In May, Town Meeting voters in Milton (pop. 28,630), a wealthy suburb of Boston, voted in favor of establishing a MLP. And in the nearby city of Quincy (pop. 101,636), as reported by the Quincy Patriot-Ledger, the city hired the consulting firm EntryPoint Networks to put together a master plan after a survey last year found “an overwhelming number of residents surveyed were on board with a city-run internet service. Quincy only has Internet service through Comcast, which officials say causes a monopoly that leads to poor service.” With residents hungry for better, more affordable broadband, Quincy officials are moving towards building a city-wide municipal fiber network estimated to cost $75 million to construct.

Meanwhile, earlier this month Weymouth Town Councilors voted to spend $25,000 to fund a broadband master plan. While the town (pop. 57,437) recently entered into a new 10-year agreement with Comcast, town officials are hiring a consultant to conduct surveys and lead a public education campaign as residents frequently complain about the stranglehold Comcast has on the town.

On the other side of the state in Northampton (pop. 28,147), on Election Day earlier this month, voters overwhelmingly approved a ballot question to create a MLP with 91 percent casting a ‘Yes’ vote.

The effort there is being spearheaded by a citizen-led coalition known as the Northampton Community Network. And now that voters approved the creation of an MLP, the group’s website says “the next step is for Design Nine (which has a contract with the City) to complete a feasibility study, which is already underway. This study will assess the costs to construct and maintain a municipal network. The study is expected to be used by the new mayor and new city council to decide if a municipal network should be created.”

In the state’s capital, home to 675,647 Bostonians, newly elected Mayor Michelle Wu made digital equity a central part of her campaign, telling the Boston Globe that she would consider building a city-owned broadband network, while lamenting the fact that although the city is served by multiple Internet Service Providers (Comcast, Verizon Communications, and RCN), an estimated 15 percent of city households do not have fixed-line broadband service.

“We need city leadership to hold these corporations accountable and that requires exploring municipal broadband as a way to fill in that gap directly,” Wu told the Globe.

In the months prior to Wu’s election the city’s Department of Innovation and Technology announced it would begin working on a comprehensive study of the digital divide in Boston. According to StateScoop, the pending report – “State of Broadband Equity in Boston” – will measure Internet speeds, study the feasibility of building a city-wide municipal broadband network, and ways to partner with existing providers to expand broadband access across the city. 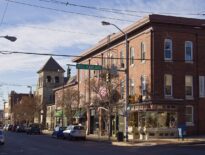 MuniNetworks A Tale of Two Cities in Maine: Municipal Broadband… 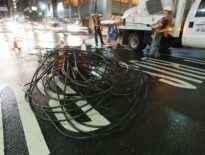