In a state where municipal broadband is largely unwelcome–thanks to a Time Warner Cable (NYSE: TWC) and CenturyLink (NYSE: CTL)-supported bill pushed through in 2011–Wilson, N.C., is notable in providing residents with 10 to 100 Mbps symmetrical speeds via its fiber to the home network.

Lit in 2009, the city’s network is a bright spot in a state that otherwise ranks “dead last” in average broadband speeds, according to an ILSR (Institute for Local Self-Reliance) report.

The city started its broadband journey early in the 2000s, working within then-existing laws that enabled it to provide cable services to residents. In 2006, after CenturyLink and TWC turned down offers to partner on a fiber buildout, Wilson’s city council unanimously approved deployment of an FTTH network, funded by $33 million in loans. The network today serves more than 6,000 of the city’s 50,000 residents, and connects all of the public schools in the county with speeds between 100 Mbps and 1 Gbps.

Because of that early start, Wilson was exempted from much of the state’s new anti-muni broadband laws. However, it can’t expand outside its current boundaries, meaning residents of surrounding towns in the Raleigh-Durham area, other than those public schools it already reached, don’t have access to Wilson’s fiber capabilities.

Pricing for Wilson’s FTTH services is competitive: residential triple-play packages start at just over $100 monthly. Internet-only service starts at $40 for 10 Mbps with additional speed tiers up to 100 Mbps for $155.

Wilson isn’t the only town in North Carolina to offer municipal broadband. Salisbury began a soft rollout of its FTTH network in late 2011.

Wilson’s investment is paying off in a number of ways–but perhaps most significantly, it has forced the nearest cable franchise, Time Warner Cable, to lower its rates and up its broadband speeds in order to compete with the city’s services. A study estimated that the municipal broadband network has saved residents nearly $1 million per year due to the effects of that price competition. 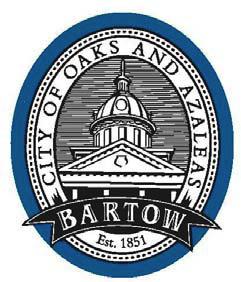 MuniNetworks Emmetsburg, Iowa, on its Way to Community Owned Fi…