As more of us ditch the big banks in favor local banks and credit unions, we need to give thought to both the saving and lending sides of a bank. Each is crucial.

On the savings side, community-based financial institutions need our deposits much more than the big banks do. Big banks have access to other capital. While deposits account for 82% of the funds small banks have to work with, their share at the biggest banks is just 66% (and deposits made in the U.S. account for even less: just 39%).

But to be profitable community banks need to convert those deposits into loans. “Deposits are extremely important to small banks. But the only way we can be successful is if we turn those into loans,” said Frank Coumides, senior vice president for lending at Sonoran Bank, a small, locally owned bank in Phoenix.

Big banks went after mortgage and credit card lending because these loans were easier to turn into mass-produced commodities (and toxic derivatives) and offered major profit potential.

Credit cards, in particular, became highly concentrated and incredibly lucrative, as the big banks devised new fees and manipulated terms for cardholders, while also jacking up the hidden fees they charge merchants each time your card is swiped. By 2006, credit card revenue had skyrocketed to $115 billion. Just ten banks control 90% of this market and the top three — Citibank, Bank of America, and JP Morgan Chase –control a staggering 63%.

It’s not hard to see how, for many households, the interest and fees we pay on our mortgage, credit cards, and other loans generate far more income for the financial industry than what a bank can make on our deposits. So, as we start down the path of breaking up with the big banks and exercising our economic citizenship on behalf of our own interests and that of our communities, we should think about the whole range of financial services we use.

Credit cards are one place to start. About three-quarters of community banks and just over half of credit unions offer credit cards. Unlike big banks, these smaller institutions generally do not view their credit cards as major profit centers (you have to do a lot of volume in credit cards to make real money), but rather as a service for customers with whom they often already have a relationship.

That means that the fees and interest rates are often lower. Although data for small banks is hard to come by, a recent Pew study compared a group of credit unions with the largest banks and found that the credit unions had significantly lower interest rates, penalty fees that were half the cost, and “fewer dangers associated with unfair or deceptive practices.”

“We never participated in the kinds of abusive practices common in the industry, because our credit card clients are also our depository clients,” explained Kathy Fitzcharles of the 60-year-old Delaware County Bank in Ohio, which stepped up its marketing of credit cards this year as public hostility toward big card issuers spiked. The bank saw a 15% increase in the number of cards issued.

It’s not alone. In an open letter to customers, Nancy Ruyle president of the Citizens Bank of Rogersville in Missouri, wrote, “We don’t employ such tactics as short billing cycles that can cost you a late fee, or raising your interest rate because you were late paying some other bill. We believe in treating our customers fairly.”

Some small banks and credit unions do their own underwriting and retain credit card loans on their books. Others rely on a third-party to manage the risk, such as TCM Bank, a subsidiary of the Independent Community Bankers of America that handles credit cards only on behalf of community banks. But even then, the local bank typically services the card, meaning that if you have a problem, you call the bank and deal directly with their staff, not an automated phone-tree. (Except for lost or stolen cards: there’s a 24-hour 800-number for that.)

Moving your mortgage is more involved, but there are community banks and credit unions, like the 83-year-old Coast Line Credit Union in South Portland, Maine, that have been refinancing mortgages this past year for customers who were motivated in part by a desire to have their interest payments working in their local economy, not on Wall Street.

While some community banks do a robust mortgage business, others offer very little mortgage lending. And, among those who do, some keep mortgages on their books for the duration of the term, while others sell all or part of them into the secondary market to free up capital to lend again in their communities (in which case, they may still continue to service your mortgage). So the key is to talk with several local banks and credit unions to find the right fit.

Other types of consumer loans, like car and home equity loans (if you are fortunate enough to still have home equity), are often readily available from credit unions and banks. A good rule of thumb for these types of loans is to always shop local banks and credit unions first. Depending on the institution, you may be able to get a substantially better rate than you’d find at a big bank, especially if you already have a relationship with it (i.e., an account there and a history of timely payments on a credit card or other loan).

Where you bank matters a great deal, but many community bankers told me this week that perhaps the most significant thing you can do to help their bottom line and your local economy is to shift some of your spending away from chains and other big businesses.

“One of the most important things people can do is support local small businesses. When they start to expand, they’ll come back to community banks for loans,” explained Mary Anne Carson, senior vice president of the Santa Cruz County Bank in Santa Cruz, California, which has seen a cascade of people looking to move their money and asking the bank’s staff, “Are you truly local?”

Small business lending is the bread-and-butter of many community banks. Small business growth, in turn, is the key to pulling out of recession, say many economists. I’ll take a closer look at this symbiotic relationship in an upcoming post.

Move Your Borrowing Along with Your Money 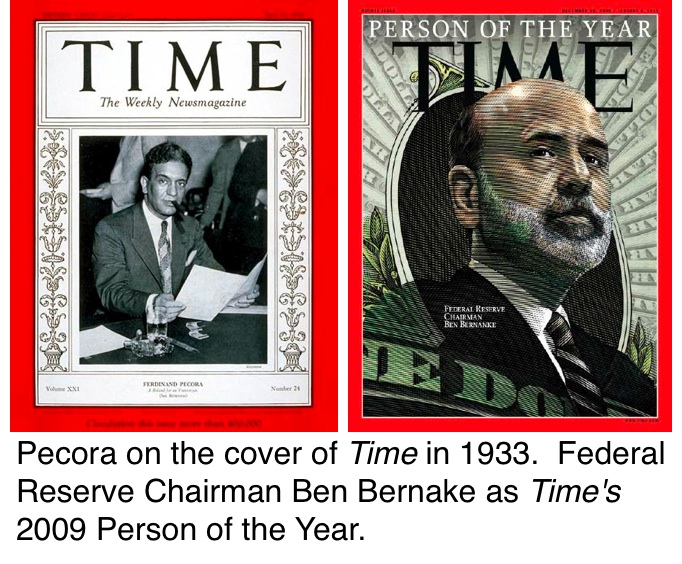