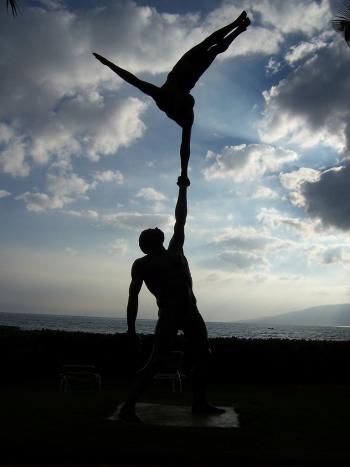 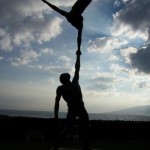 The report, by Lawrence Berkeley Labs wind guru Mark Bolinger, illustrates the new heights of financial acrobatics required to finance community wind projects.  The history of community wind was already rich with terms like the “Minnesota Flip” and “tax equity partner,” but a quick scan of the terminology alone illustrates the enormous effort required of local wind developers to get project financing:

The financial terms are more reminiscent of circus performers than power plant development, and they highlight the significant barriers to community wind.

For all their advantages — local construction and contracting jobs, dividends for local shareholders, loans from local banks, reinvestment of profits in local communities — these projects account for only 2 percent of the wind power capacity in the United States, or 4 percent, if projects owned by public utilities are included. (Wind power of all varieties contributes 2 percent of all the electricity used in the U.S.)

In particular, community wind investors often lack the tax liability required to fully cash in on the federal Production Tax Credit that provides 2.1 cents per kilowatt-hour over 10 years.  (note: for more on this see our 2008 report on Broadening Wind Energy Ownership).

The last two years have been the exception, because the federal stimulus package allowed wind projects to get a cash grant in lieu of the tax credit.  But even with the grant, community wind projects have needed these new high-flying moves to attract sufficient capital and get their projects off the mat. It’s worth considering what makes the U.S. such a hostile market for community wind.

Community wind may sound quaint, but as of 2000, it made up roughly 80 percent of all wind power capacity in Germany, Denmark, Sweden and the United Kingdom combined.

Several studies reinforce the idea that a local ownership stake is key to acceptance of wind projects.

What can the U.S. do better?  The U.S. state with the most community wind – Minnesota – used a cash incentive production payment (rather than tax credits), and most European countries use standard, long-term contract offers with an attractive price (also known as CLEAN contracts or feed-in tariffs).  It wouldn’t take much to make a big difference.