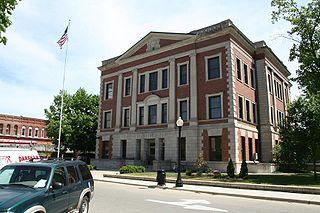 Kids in the Monticello Community Unified School District #25 (CUSD #25) are now enjoying a new publicly owned fiber optic network. The School District is one of four public partners that collaborated to install the network and share the $306,000 in deployment costs. The City of Monticello, Piatt County, and the Allerton Public Library began the project a year ago with the School District to execute a plan to improve local connectivity.

Approximately 5,000 people live in Monticello, the Piatt County Seat, located in the center of Illinois. The City operates water and wastewater services but not an electric utility. CUSD #25 includes approximately 1,600 students.

According to a Piatt County Journal article, the partners will equally share the annual $12,000 maintenance costs. They will also divide fees for managing the system, estimated at $5,000 - $10,000 per year; the partners will hire a third party to handle network operations. In the future, the School District may manage the network themselves to eliminate that expense.

We connected with Vic Zimmerman, Superintendent for CUSD #25 to find out more.

Until now, the District depended on a patchwork of T1 lines and DSL to connect their five facilities. The schools used four lines to obtain 170 Mbps bandwidth for which they paid $3,500 per month. According to Zimmerman, CUSD #25 rarely received speeds faster than 50 Mbps.

The school has added wireless access points to its five schools to enable Wi-Fi, but lacked the necessary bandwidth to run the system efficiently. Student smartphones on the guest network exacerbated the problem. Zimmerman and CUSD knew they needed more bandwidth to handle future technology demands; they needed fiber.

Piatt County, the City of Monticello, and the Library suffered similar problems. When they approached incumbent providers Verizon and Frontier, they were told fiber would be brought into the area but neither knew when.

The partners approached Metro with a proposal. They would pay for half of the deployment costs for the section that went throught town. In exchange, Metro would bury an additional conduit and allow the partners to access some of the fiber. Metro ran fiber to the edge of properties lines of each entity.

CUSD #25 was the first to connect their facilities. Zimmerman expects the other three partners to be connected and lit by the end of the summer. Once the Library, the County, and the City connect the facilities, the total number of facilities on the network will be 20 - 25.

Through their intergovernmental agreement, the County paid for Metro for the total and each if the entities will reimburse one fourth of the cost. None of the entities bonded or borrowed.

The fiber network will allow the District to purchase 200 Mbps of bandwidth for $1,750 per month. Zimmerman notes that a bump up to 750 Mbps would cost about the same amount they paid when leasing four T1s. With the new infrastructure, CUSD #25 will be able to increase bandwidth in the future; speed between facilities reaches 1 Gbps.

The District used Capital Improvement funds for their share of deployment. When factoring in CUSD #25's total costs for monthly access, estimated maintenance fees, and estimated operating costs, CUSD #25 will save $16,750 per year on the new network. In other words, the district's investment will pay for itself in 4.5 years. This calculation only considers direct cost savings and does not take into account indirect savings. CUSD #25 will pay about half as much for four times as much capacity.

Technology staff at the District, spoke to the Piatt County Journal:

Todd Wiegel, a school district technology assistant, said it sets up the district for having the ability for all students to log in with a device at school.

“We could not handle that amount of machines on our (previous) infrastructure,” said Wiegel. “It was like trying to fit an elephant through a garden hose.”

When the remaining partners begin using the network, all four will share bandwidth from Metro and reimburse the School District, reducing costs even further.

Earlier this year, a private buyer approached the joint committee charged with planning and executing the project. A February article described the situation:

A preliminary meeting with the potential buyer showed the company was not interested in providing the faster fiber optic speeds to residential customers, which did not sit well with Monticello City Superintendent Floyd Allsop.

Selling the system would relieve local entities from the cost of maintaining the fiber, but Keith did not think it made sense to do it this soon.

"Once we sell it, we've got no say over it, where if we hire an outside company to maintain it, we've still got a say," said Keith.

As the network is fired up, the partners are considering future uses. Eventually, they hope to expand the network to a ring structure to improve redundency. They intend to lease dark fiber to a private provider to spur economic development and possibly provide residential services. The partners do not want to become and ISP:

It may be a while before businesses and homes can hook into the fiber, but it is on the committee’s radar. A plan that would lease extra fiber – the entities will likely use just 20 of the 78 thin fibers that were installed – in exchange for maintenance was discussed, but that plan fell through.

Now the plan is to take bids for a company to lease or purchase fiber with the intention of eventually providing commercial and residential service.

MuniNetworks Plan for FTTH in Chanute Looking Positive in Kansa… 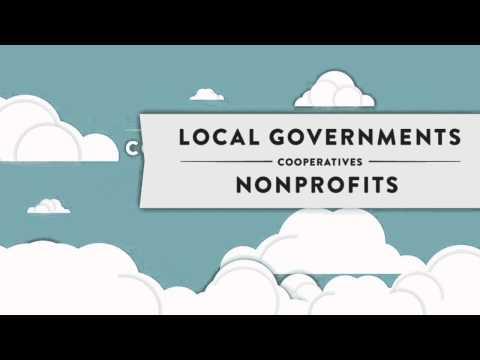