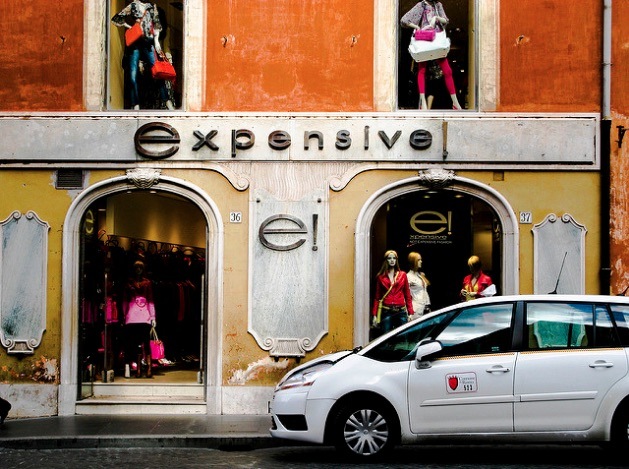 Circumventing a decades-old pact providing a market monopoly in exchange for public oversight, an investor-owned utility has proposed legislation to allow it to build a new natural gas plant criticized for its financial and environmental impact, and then stick customers with the tab.

Legislation supporting Xcel Energy’s billion-dollar plans cropped up earlier this month, three months after the Minnesota Public Utilities Commission (PUC) raised concerns that the proposed 786-megawatt combined cycle natural gas facility was not the best replacement for coal-fired generation scheduled to go offline next decade. The measure marks a fundamental threat to a regulatory process designed primarily to protect consumers, and shows the limitations of public regulation when multi-state utility companies can use their economic muscle in the political realm.

As written, the legislation would allow Xcel to effectively bow out of a rigorous analysis of the lowest-cost power option required by state law. Regulators in October proceedings were skeptical of the value of the proposed plant, instead urging Xcel to consider alternatives including energy efficiency,demand response, and new renewable generation.

But if Xcel gets its way, lawmakers will give the utility permission to bill customers for the plant and decades of natural gas supply to fuel it, without the scrutiny of expert review. 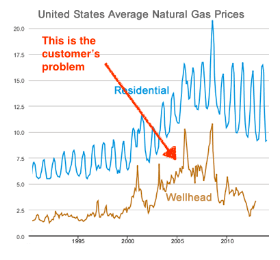 ppear when the two Sherco coal-fired units close in the mid-2020s. But over the first 20 years of its life, Xcel’s gas plant will cost its customers more than $5 billion in fuel costs alone — an eye-popping subsidy to preserve just half of the existing Sherco jobs (there are less expensive ways, as we’ll show later). That price tag doesn’t include the cost of building the plant itself, also underwritten by Xcel customers.

The utility is set to rake in a nearly-guaranteed 10 percent rate of return on the $1 billion upfront cost of the facility and associated pipelines. But in the decades of operation, utility customers would be vulnerable to swings in fuel costs, which could soar to more than $10 billion over the plant’s life.
Xcel’s attempt to sideline regulators is “unusual, if not unprecedented,” Annie Levenson-Falk, who leads the nonprofit consumer advocacy group Citizens Utility Board, told the Star Tribune. If state lawmakers sign off on the provision, they will set a dangerous precedent for utility regulation in Minnesota and elsewhere — that, with enough political firepower, utilities can saddle customers with huge expenses for projects that don’t make economic sense.

Customers Take the Liabilities and Risks

Not only is the proposed gas plant more expensive than alternatives, but it exposes Xcel’s customers to more regulatory risk than renewable energy or energy savings. 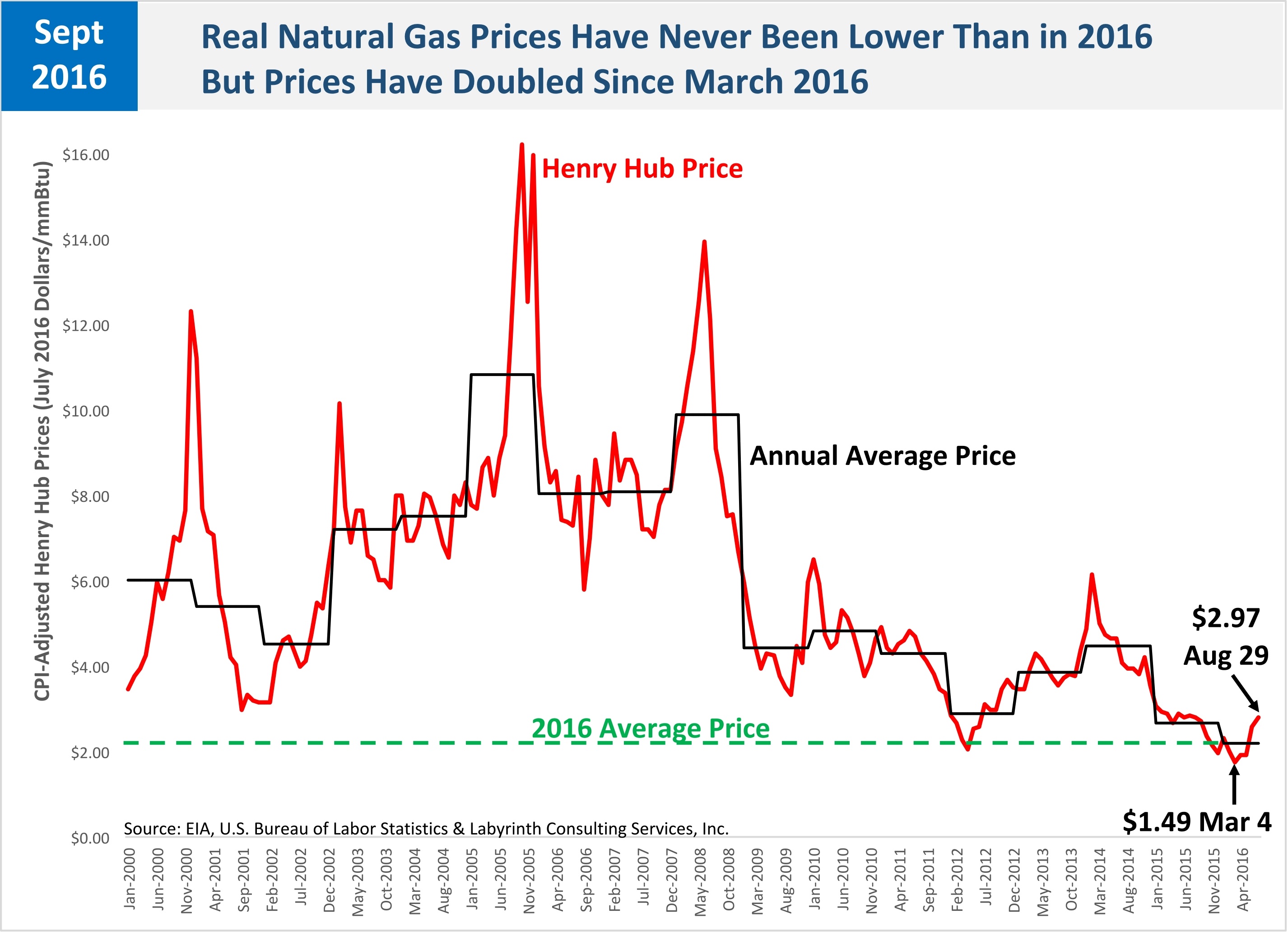 o pay off and is designed to remain online for decades.  In that time, the plant will likely face added scrutiny from federal and state laws restricting pollution emissions. If the plant has to be upgrade
d or shut down to comply, customers will be shoulder the bill.

“We have to start actually applying a carbon budget to our planning because if we could build infrastructure today that we can’t afford the emissions from in 10, 20 or 30 years, then we’re essentially building infrastructure we can’t afford to use to the end of its economic life,” Lorne Stockman, who examined the issue in a recent report for advocate Oil Change International, told UtilityDive.

Regulatory oversight of big power plant projects–and the requirement to study alternatives–has been crucial in protecting captive utility customers from monopoly pricing. The least-cost planning principle helps avoid huge cost overruns (such as happened with nuclear power plants in the 1970s) and promotes use of substantially cheaper energy supply from demand-reducing resources like energy efficiency investments.

As the PUC suggested in its initial review of the proposed gas plant, Xcel could likely reduce the size and scope of its new natural gas generation — and the price tag carried by customers — by expanding efficiency and demand response programs across Minnesota. Allowing Xcel to skip this planning process leaves substantial cost savings on the table.

Already, Xcel uses some demand response techniques to stem the flow of electricity during times of peak demand. As related technology proliferates, from smart thermostats and other in-home devices to innovative heating and cooling processes for commercial buildings, the potential to reduce demand and the need for new generation is substantial.

A variety of alternatives could complement demand response and energy efficiency, and Xcel’s customers deserve fair consideration of these cheaper options. Thorough evaluation would  require robust data and engineering analysis, but here we showcase a few examples of how  much Xcel’s legislation shuts out.

Utility-scale wind and solar generation can add significant capacity, generally at a lower cost and with less long-term regulatory risk than massive fossil fuel-reliant facilities. In fact, the resource plan submitted by Xcel itself in 2015 highlights the “benefit of limiting reliance on natural gas in order to reduce fuel price risk exposure.”

The gas plant proposed by Xcel would generate about 6.2 billion kilowatt-hours annually, assuming a 90 percent capacity factor. That output could be matched with 2,300 megawatts of wind at a 30 percent capacity factor. Using a $1,600 per-kilowatt price to build, plus 10-year financing (at 8 percent interest), and including the federal Production Tax Credit, such a project would cost $4.2 billion over 20 years — less than the fuel cost alone for the proposed gas facility. (See detailed calculations here.)

Xcel has seen similar tabulations before. In 2014, during Minnesota’s first competitive bidding process for a major power generation project, a judge ruled that large solar arrays provided a better deal than the natural gas additions the utility had proposed to build out capacity. A bundle of about 20 expansive arrays offered “the greatest value to Minnesota and Xcel’s ratepayers,” the judge wrote in his ruling.

Renewable generation does not necessarily diminish gains for utilities. Where Xcel’s latest proposal involves a plan it would build and own, it could also own — and capture a rate of return on — large-scale wind or solar projects.

Some utilities nationwide have been more aggressive about squeezing value from cost-effective renewables.

In Hawaii, for example, Kauai Island Electric Cooperative and AES Corp. this month inked a landmark deal that will bring to the island a 28-megawatt solar array with a 20-megawatt, 100-megawatt-hour battery system. The project will expand dispatchable generation capacity on the solar-rich island. But the best part? The utility expects to pay just $0.11 per kilowatt-hour for power from the solar-plus-storage system, cheaper than the oil-fired power that underpins is existing capacity.

The appetite for community solar in Minnesota is proven and substantial. Two years into the program, there are 800 megawatts of proposed projects in the queue, offering access to power from off-site solar installations for customers unable or unwilling to install solar on their residence or business. 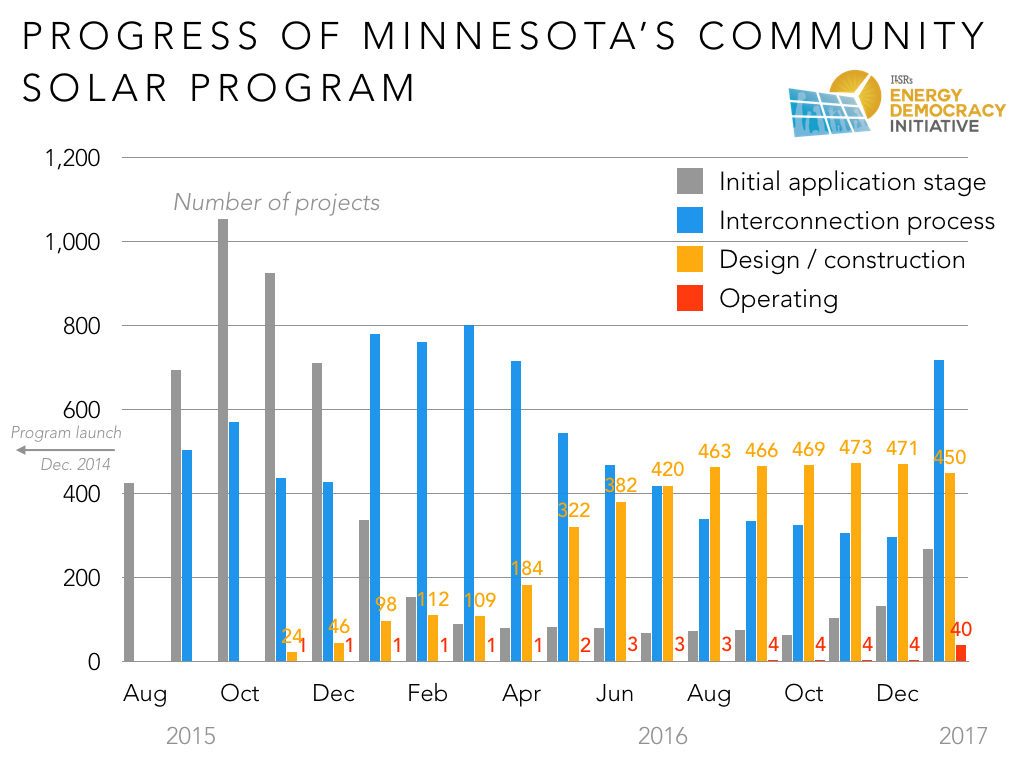 But despite the groundswell of interest in bringing more community solar online, Xcel has so far connected relatively few projects — totalling 36.4 megawatts — to the grid. The slow-moving approval process has frustrated developers and customers interested in democratizing solar power across Xcel’s service territory. In general, though, the demonstrated appeal of community solar projects underscores the potential for the utility to integrate more of this type of renewable generation.

Meanwhile, for customers more inclined or able to install their own rooftop solar panels, the cost of doing so continues to fall. The cost of residential solar has plummeted by as much as 60 percent in Minnesota, Department of Commerce Commissioner Mike Rothman estimates.

There is significant potential — and interest — in building out rooftop solar and potentially eroding some of the need for the riskier, costlier, and dirtier generation Xcel wants to settle for.

In fact, a hosting capacity study submitted by Xcel to the PUC late last year suggests there current system has room for 1,000 megawatts of distributed generation. The utility’s analysis covers more than 1,000 feeders (smaller power lines serving cities and towns) across Minnesota, and notes distributed power sources could be added without significant upgrades to the existing grid.

In response to criticism, Xcel has suggested that the gas plant in Becker is needed (or at least some power capacity is needed) to support the grid at that particular location. But this assertion ignores other viable (and less costly options) than a full-scale power plant, including energy storage, transmission, on-site solar power, or demand response.

Although it’s clear a $5 billion commitment to natural gas fuel is a spendy way to save 150 jobs, the principle is important. Transitioning fossil fuel industry workers to jobs in the clean energy economy is a vital move that demands attention. Fortunately, there are better pathways than Xcel’s proposed gas plant to go about it.

First, about one-third of the existing 300 workers at the coal-fired plants is at or nearing retirement age. Because there is a 10-year window until the plants come offline, these workers probably don’t need an exit strategy.

For the remaining workers, the state could invest $10 million in wage insurance, relocation, and retraining for the two-thirds of existing employees. This cost pales in comparison to the price premium of a gas plant over more cost-effective power production alternatives. If Xcel replaced the Sherco capacity with 2,300 megawatts of wind, as discussed above, it would create 1,150 permanent jobs and generate $1.48 million in local tax revenues.

Retraining programs already exist around the country, with many in areas with historically coal-reliant economies. Solar Ready Colorado, for example, helps displaced coal miners in western Colorado prepare for work in the solar industry. With rapid growth in the renewables industry, solar and wind jobs will far outpace job losses in the fossil fuel sector.

The fear of job losses gives Xcel a convenient, and politically popular, tool for locking in a tidy shareholder return on an unnecessarily expensive power replacement. Should the legislature take action to preserve Becker’s economic future? Certainly! But subsidizing the monopoly utility’s bottom line is a high price to pay for a halfway solution. 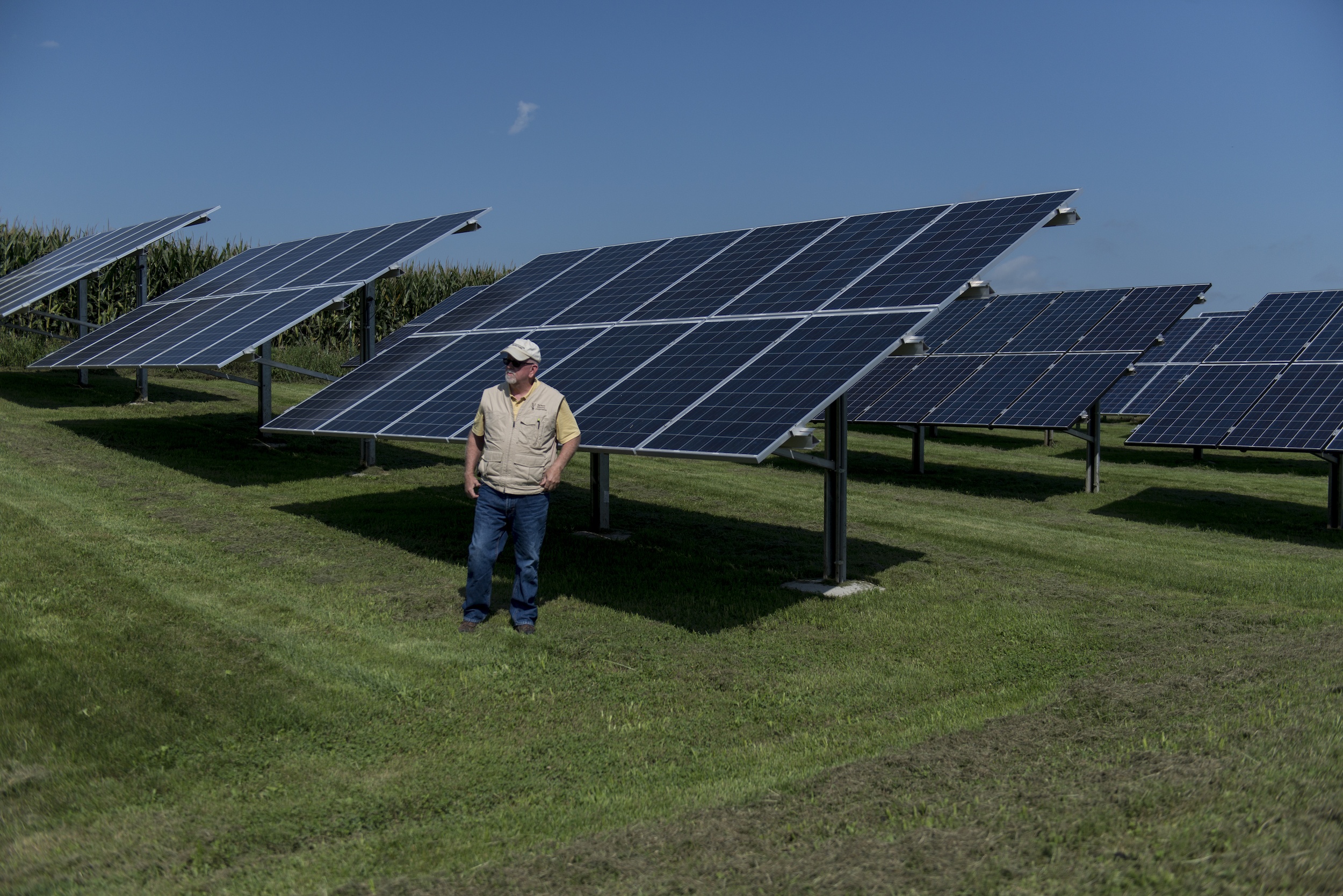 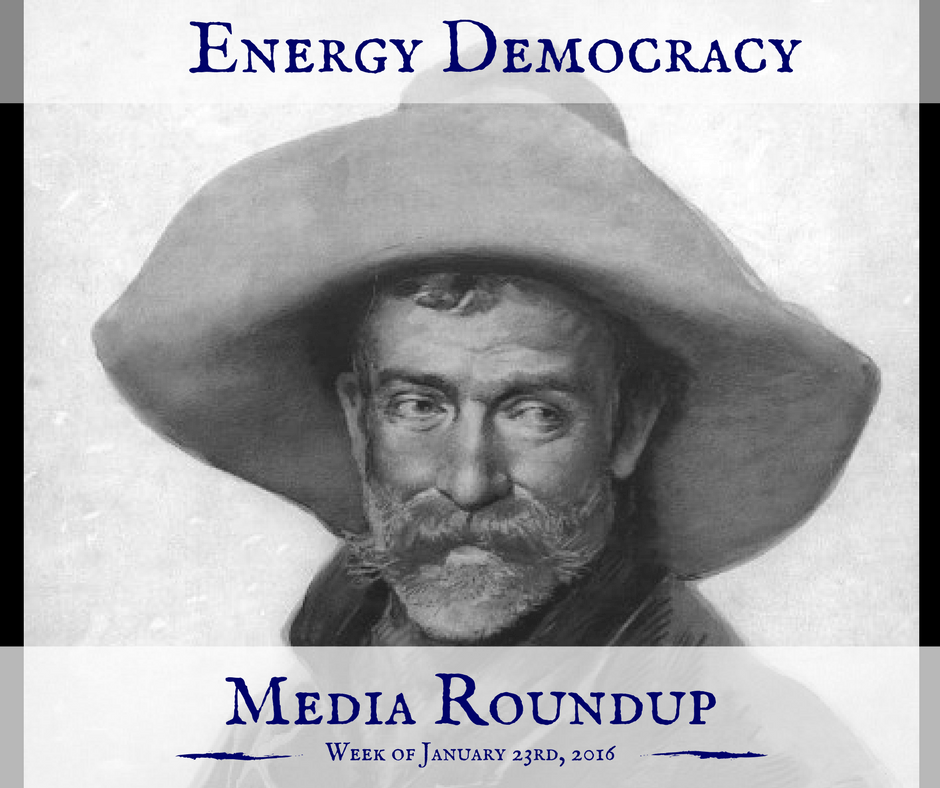