Statement from Stacy Mitchell, Co-Director of the Institute for Local Self-Reliance, regarding Jeff Bezos’ upcoming testimony before the House Antitrust Subcommittee:

“It is both heartening and long overdue that Congress has called Jeff Bezos to testify. Amazon’s actions have been sapping the strength of local economies for years, and this hearing marks an important turning point as the House Antitrust Subcommittee examines — for the first time — the company’s extraordinary market power and anti-competitive conduct.

“Right now, thousands of small businesses face a lethal no-win situation: They can either become a seller on Amazon’s Marketplace and be forced to share their sales, inventory, supply-chain and marketing data with Amazon, or they can sell on other platforms and give up access to more than half the consumer market. Policymakers have allowed Amazon to become both the host of the platform that small businesses need to survive, as well as a company that — at any moment — can transform into a competitor that uses the information it extracts from sellers to compete with them and drive them out of business.

“For years, Amazon has dodged scrutiny of these unfair practices and its monopoly power by stonewalling on document requests, offering vague and incomplete responses to regulators, and flexing its outsize influence in Washington. By putting Jeff Bezos under oath, Congress can finally bring some daylight to Amazon’s business model and the harm it is inflicting on our economy.”

“Today, Congress took its oversight responsibilities seriously and stood up to the corporate giants that have amassed too much power over the lives of Americans.

“Jeff Bezos claimed that third-party sellers are doing well on Amazon’s platform, but evidence and testimony presented by the committee showed that for most businesses, the opposite is true — for years, Amazon has used its size, influence, and proprietary data to undercut and exploit these small businesses.

“It was inspiring to see Congress give voice to the small businesses Amazon has long bullied. Now, Congress needs to take the next step and enact policies that reduce the outsize power and influence of these monopolies.” 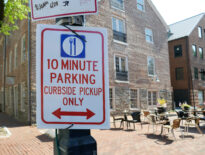 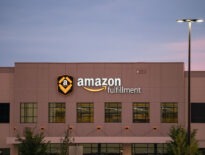