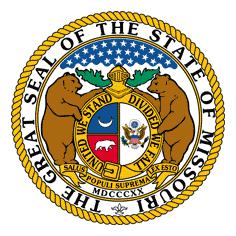 The Missouri Senate Jobs, Economic Development and Local Government Committee voted to pass anti-local choice SB 266 on March 18th. This bill, sponsored by Senator Kurt Schaefer, will increase barriers for municipal networks and damage the possibility of highly-effective partnerships with the private sector. Call your Missouri State Senator and let them know you consider this bill anti-competitive, hostile to local interests, and that you will remember their vote at the next election.

The bill was discussed in the same committee earlier this month when a number of private tech firms, industry associations, and utilities groups wrote to members to express their concern with the bill. A dozen entities, including Google, NATOA, and APPA wrote that the provisions in the bill would prevent public private partnerships that improve connectivity at the local level. [See a PDF of the letter here.]

At the time, the committee chose not to vote. Rather than listen to experts, however, they postponed the decision and voted to pass the bill on Wednesday. The only amendment was a provision excluding Kansas City, Springfield, and St. Louis.

The exceptions will help Google and SpringNet but other communities will be shackled. The legislation states that its goal is to encourage innovation but the result is just the opposite by discouraging investment through intimidation.

Columbia is watching the course of this legislation with particular interest. As we reported last fall, the city is considering expanding use of its current fiber resources to spur economic development. This bill could derail their plans and keep Columbia's population limping along with CenturyLink's dismal DSL.  Mid-Missouri Public Radio reported on the bill in February:

“Smaller communities are concerned because they don’t have access to high-speed Internet,” [spokesperson for the Columbia Water and Light Department, Connie] Kacprowicz said. “Many of these communities in Missouri can’t even download a Netflix movie.”

In light of the recent FCC ruling overturning certain restrictions in Tennessee and North Carolina, analysts are questioning its staying power. Nevertheless, Schaefer appears determined to push it through. From the Columbia Tribune:

Schaefer predicted that the commission’s decision would be challenged in court. “Today is the first day that they have attempted to do that, so I bet we are looking at five years of litigation around the country before that issue ever gets resolved.”

The National Institute on Money in State Politics reports that in 2012 Schaefer received $8,250 from CenturyLink, $6,250 from AT&T, and $3,000 from Comcast. All would benefit from the lack of competition created by the bill without any need to be "entrepeneurial." CenturyLink also contributed to Schaefer's campaign to run for Attorney General, reports the Tribune. He may one day have the opportunity to argue the bill he authored before a federal court.

According to Sen. Schaefer's legislative assistant, the bill will now go to the Senate chamber for a vote. If it passes, it will then go to the House. If the bill becomes law, it will take effect in late August.

If you live in Missouri, it is imperative that you call your Senator and tell them to vote NO when SB 266 comes before them.

Media Coverage Inside Politics: Could Albany build its own high-s…