In this episode of our Voices of 100% series of the Local Energy Rules Podcast, host John Farrell speaks with two important leaders in Missoula, Montana’s efforts to reach 100% renewable energy: City Council President Bryan von Lossberg and Missoula County Commissioner Dave Strohmaier. They discuss the city and county’s joint efforts to achieve their goal, despite the resistance from stubborn utility companies and a lack of legislation.

The city of Missoula has committed to 100% clean electricity by 2030, with an intermediary goal of 80% renewable electricity by 2025. Von Lossberg says that Missoula is already running on a baseline of about 60% renewable energy, mostly from hydroelectric generation, but filling that last gap will be difficult.

He likens Missoula’s commitment to his past work as a mechanical engineer on the Mars Pathfinder mission. He explains that both are challenges once thought impossible, but through consistent effort and cooperation, the city will reach 100%.

Much of what we need to accomplish on the ground, at a grassroots level, is in spite of what happens at the state or federal level. There’s a bit of trying to shape our own destiny by ourselves.

Strohmaier turns toward his experience in local government — he once filled von Lossberg’s current position — and in natural resource management as a great advantage. Von Lossberg points to Missoula’s 100% Clean Electricity Options Report developed during the course of this initiative as setting up the city to succeed. Options laid out in the document help to close a gap between the needs of the community and the resources required to meet them, including community-scale renewable energy and continued efficiency gains to reduce the energy burden of Missoula residents.

The team in Missoula also looked outside of Montana for ways to reach the goal. One option presented in other states is community-choice aggregation, says von Lossberg. He calls the strategy “one of our most efficient paths to introducing true competition into the equation.” Introducing choice on the consumer side is a way to ensure that the energy industry offers competitive prices and advances toward Missoula’s 100% renewable energy goal.

We are not satisfied here in simply moving around chairs on the deck of the ship that might be sinking just to make ourselves feel better. So we’re not going to simply acquire renewable energy credits off of already created renewable energy… what we’re about is making sure that we are filling this gap by new renewables

Strohmaier highlights the actions they are taking to work with Northwestern Energy and give the communities around Montana a say in renewable energy development and the future of their utilities.

Both Strohmaier and von Lossberg mention that partnering with the utility monopoly would be the quickest way to reach Missoula’s goal, but getting energy giants to accept investments into renewables is a slow, arduous process. Rather, community-minded, grassroots development is what will close the gap to 100% renewables.

When it comes down to it, we have got to be looking at something much more bold and that means community- and utility-scale, new renewables.

Farrell brings up cryptocurrency mining’s growing energy burden in Missoula. As Strohmaier explains, measures were put in place to slow the growth of an increasingly costly industry and help Missoula reach its clean energy goal. Recently, most of the cryptocurrency mining has shut down around Missoula, due to the industry’s diminishing returns.

Inequities and the Path Forward

Drawing on the example of St. Louis, along with many other cities, Farrell asks about the efforts Missoula is taking to address past and present racial and economic disparities and energy injustices. Von Lossberg acknowledges the importance of addressing those problems and plans to learn from other communities. Strohmaier mentions the necessity of simultaneously addressing social equity and environmental justice and their efforts to push Northwestern Energy toward meaningful improvements.

It’s impossible for me to look at this issue around energy divorced from the issue that we, and virtually every other community where people want to live, is having with affordable housing.

Von Lossberg says it is important to realize how affordable renewable energy is becoming, thanks to technological advances in the industry. He points to the lowering barrier of entry as a sign that utilities will be willing to invest if they are pressed to, and that opening utilities to competition would greatly aid that effort.

Strohmaier explains the subtlety of addressing inequities during the process and not assuming that inequities will be addressed after they reach success. He says it “would be a huge disservice on our part to those individuals and those communities if we simply forged ahead, in terms of trying to achieve a hundred percent clean electricity goal,” and completely neglect “the real people who will be out of work or displaced in those industries because of our shift to renewables.”

To anyone that may be considering organizing to commit to 100% clean energy, von Lossberg has two words: “join us.” He says that cooperation with other communities in and outside of Montana has made the goal more attainable and grounded them in reality. He invites listeners to reach out to discuss options.

Lastly, Strohmaier mentions that it is necessary to continue addressing the science of climate change and push forward in clean energy initiatives. Cooperation is key, he says, to creating the lasting, urgent change necessary to avoid permanent damage from climate change and heal the gaps and tears created by generations of inequality.

It’s going to require that we all recognize that we live on a small planet together, and we have got to work together if we’re going to achieve anything meaningful.

This is the 23rd episode of our special  Voices of

series, and episode 110 of Local Energy Rules, an ILSR podcast with Energy Democracy Director John Farrell, which shares powerful stories of successful local renewable energy and exposes the policy and practical barriers to its expansion. 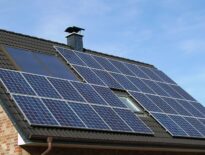 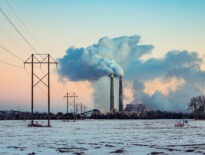