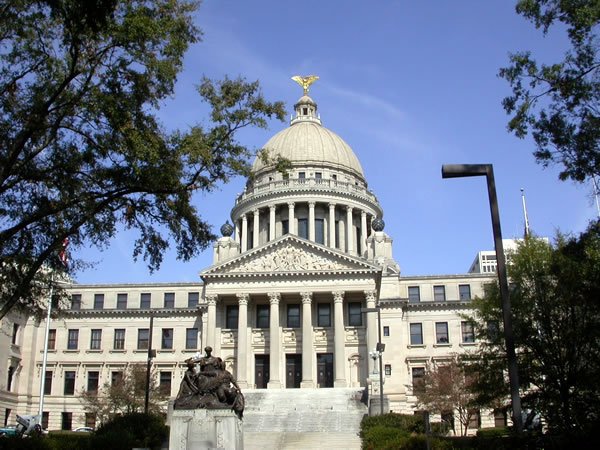 When Magnolia’s State Legislators convene in January, they’ll have a unanimous resolution waiting for them from the state’s PSC. The resolution requests that lawmakers take action to adjust Miss. Code 77-5-205 to allow electric cooperatives the authority to offer Internet access.

James Richardson, Policy Director and Counsel from the Office of Commissioner Brandon Presley, explained that the law currently only allows electric cooperatives the authority to form “…for the purpose of promoting and encouraging the fullest possible use of electric energy…” — electric cooperative are precluded from operating for any other purpose. The law was passed in the 1930s when cooperatives formed across the state to bring electricity to the many farmers in rural Mississippi. The matter has been tested and confirmed at the state Supreme Court.

The PSC asks that the State Legislature create an exception in statute in order to allow rural electric cooperatives the the ability to also offer Internet access. Earlier this month, the three Commissioners on the PSC approved the resolution requesting the law change.

Presley has been leading the effort to open the door for electric cooperatives. This past summer, he’s taken his initiative public with a series of opinion pieces in local media. He also traveled to Hamilton, Alabama, with more than 40 Legislators to showcase the work done in that state by Tombigbee Electric Cooperative.

Hamilton is only 14 miles away from the Mississippi state line, Presley said at the gathering he hosted there, but “it might as well be 14,000 miles away because the Alabama efforts are so far ahead of Mississippi.” Presley wanted to compare the drastic difference between Alabama, where there is no restriction on electric cooperatives. In Alabama, Tombigbee Electric Cooperative’s Freedom FIBER network is deploying gigabit connectivity and signing up subscribers in Hamilton, Winfield, and in more service areas where they plan future deployment.

“The first electric cooperatives in the nation were formed right here in Mississippi, and they weren’t formed just to sell electricity. They were formed to enhance the quality of life for rural people. While folks in the big cities had lighting and electric appliances, people who lived on farms or in rural areas were still lighting candles and cooking on wood stoves. These industrious people of Mississippi formed America’s first electric cooperatives because they wanted rural people to be able to enter the 20th century. Today, we simply ask for rural Mississippi to be allowed to enter the 21st century.”

In addition to the full PSC, Mississippians appear to agree with Presley. Chism Strategies, an advocacy and public opinion firm, conducted a survey this past fall of 646 voters across the state. Seventy-seven percent of respondents supported the idea of allowing electric cooperatives to offer Internet access in Mississippi. Support was bipartisan, but strongest among those that identified as Republican.

A few Legislators who have been asked their thoughts also appear to support the change.

Sen. Neil Whaley, R-Potts Camp, said he has a family member living in rural Marshall County in north Mississippi, working for a tech company, who had the opportunity to work from home for the company, but could not because of the lack of high speed internet.

“I am definitely interested in this issue,” he said.

No other state restricts electric cooperatives with this type of language. It’s a common sense adjustment that can help expand rural broadband in a state where people living outside metro areas struggle with lack of high-quality Internet access. When it comes to the legislative process, however, nothing is ever over until the final gavel comes down.

Those who don’t seem so enthusiastic about changing the law include lawmakers like Rep. Jody Steverson, who have a history with big cable and ISPs. Steverson, Vice Chair of the House Public Utilities Committee, has worked in the industry for companies that might see electric cooperatives as a competitive threat. Nevertheless, he describes himself as “open-minded” on the possibility of legislation to remove the restriction.

In a recent opinion piece in the Clarion Ledger, Bill Moak from Consumer Watch encouraged lawmakers to move quickly on the proposal. He shared the story of his parents, who live in rural Mississippi and who are caught in one of the state’s many “broadband deserts.”

Solving the broadband question isn’t likely to be solved overnight or in one fell swoop, but by using innovative solutions such as that proposed earlier this month [by the PSC], we can get Mississippians connected — one house at a time.

The state’s rural electric cooperatives are ready to move forward. According to Michael Callahan from Electric Cooperatives of Mississippi:

“At this time, 19 of our 25 electric distribution cooperatives are involved in feasibility studies regarding offering rural broadband services. They will be reviewing all aspects and, at the appropriate time, each will make a decision whether to enter the business. If the studies are positive and legislation is passed to allow us to offer broadband, we believe some will offer the services.”

If the Mississippi Legislature corrects its outdated law, we look forward to adding some electric cooperative “pins” to our Community Network Map, which reveals a notably empty Mississippi.

Within the past few years, both rural and telephone cooperatives have filled in the gaps in rural areas where large corporate telecommunications and cable companies don’t feel motivated to provide high-quality Internet access. Contrary to distant companies that answer to shareholders, member cooperatives belong to the people they serve. With personnel, equipment, and a certain amount of infrastructure already in place, the decision to add high-speed Internet access is a logical step. Read more about how cooperatives are helping rural communities obtain the connectivity they need in our 2017 policy brief, Cooperatives Fiberize Rural America: A Trusted Model For The Internet Era.

“We cannot continue to wait on the big telecommunications giants to serve rural people. One of my constituents from rural Lee County, John Henson, was told by an AT&T representative that he would get high-speed internet service at his home in the Blair Community when the day came that he could rent a condominium on the moon. That is unacceptable. Telecom companies unwilling to serve rural areas should not prevent rural people from serving themselves through the cooperatives that they own. The members of rural electric cooperatives are simply asking for the right to do what they did a century ago and take the reins themselves and bring service to rural Mississippi. I hope this resolution makes clear that the Public Service Commission is behind them 100%.” 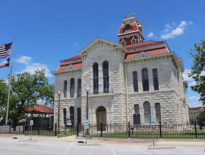 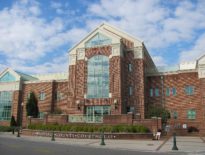